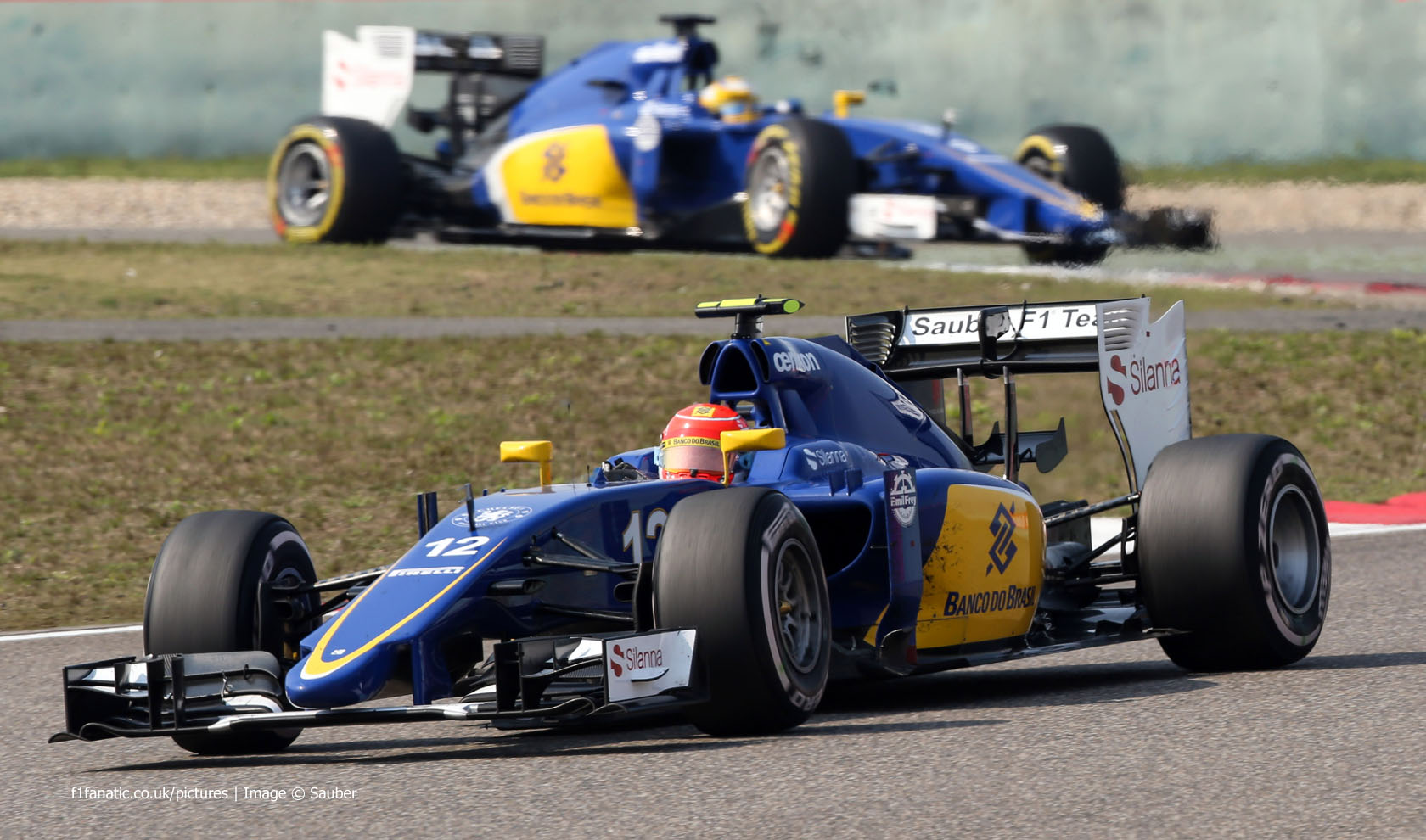 Twelve months on from the most challenging and disappointing season in the 22-year history of Sauber, the team heads into this winter with far more optimism for the future.

The transition into the V6 era proved to be a great struggle for one of the sport’s longest serving privateers in 2014. A problematic engine, overweight chassis and uninspiring driver line-up resulting in their first-ever pointless season.

So when the team arrived at Albert Park with new sponsors, a new driver line up and a striking new livery, there was a clear sense that this was a team eager to forge a whole new beginning for themselves in this tough new formula.

Gone were the experienced Adrian Sutil and long term junior driver Gutierrez and in their place – despite a late legal challenge from Giedo van der Garde – were promising rookie Felipe Nasr, fresh from a year’s apprenticeship at Williams, and Marcus Ericsson – 2014’s most mistake-prone but well-backed newcomer.

Long off-season efforts were quickly rewarded on that first race weekend. In between court appearances to appease Van der Garde – who was eventually paid off – the team secured a remarkable double points finish to put the disastrous 2014 season well and truly behind them. Fifth for Nasr was the highest finishing position for a Brazilian driver on debut, while Ericsson was equally thrilled to secure the first top ten of his young career in eighth.

Such a turnaround over one winter seemed almost too good to be true, however, and sure enough Melbourne proved to be the highest point of what became another challenging season for Sauber. The C34 struggled for outright pace – particularly over the second half of the season – with the team running towards the back of the field more often than not.

Following a rebuilding year such as this, so often the key to continued progress up the grid lies in consistency. It’s little surprise, therefore, that Sauber opted relatively early on in the season to retain both their drivers for 2016.

Nasr’s Williams experience paid dividends throughout his rookie season as the Brazilian recorded six top-ten finishes to end the season on 27 points having outscored both McLaren drivers and one of the year’s other outstanding rookies, Carlos Sainz Jnr.

Ericsson proved far more solid in 2015 with a year’s racing under his belt, out-qualifying his more fancied young team mate on nine occasions and, perhaps more crucially, cutting down significantly on the unforced errors that plagued his rookie season.

On the pit wall, with sharp technical minds so often the most important determinant of any F1 team’s success or failure in this modern era, Sauber’s acquisition of Mark Smith as new technical director mid-season may be an important next step on the road to recovery for the Swiss team. But any impact on next year’s C35 will be limited given the long development cycles of modern cars.

It’s a sad reflection on the current health of the sport that the greatest challenge facing Sauber moving forward is a political one. The loss of Caterham from the grid last season and the incredible survival of Manor despite falling into administration late last year only highlighted the plights of the smaller privateer teams that still remain in the sport in a time when money remains tight.

Sauber’s co-signing of a complaint to the EU’s Competition Commission with Force India is as much a cry for help as it is a bid to provoke some much needed change to F1’s toxic lack of parity. When the future of a team that has contributed as much to Formula One as Sauber have during their long tenure in the sport appears uncertain and so little is being done to provide greater long-term security for the team by the powers that be, it’s obvious that the status quo cannot be sustained for much longer.

It remains to be seen whether 2015 will prove to be a springboard into greater success for Sauber next season, but with 36 points on the board and having beaten McLaren in the constructors’ championship for the first time in their history, the entire team can feel a lot happier with their achievements this year than they could just twelve months ago.