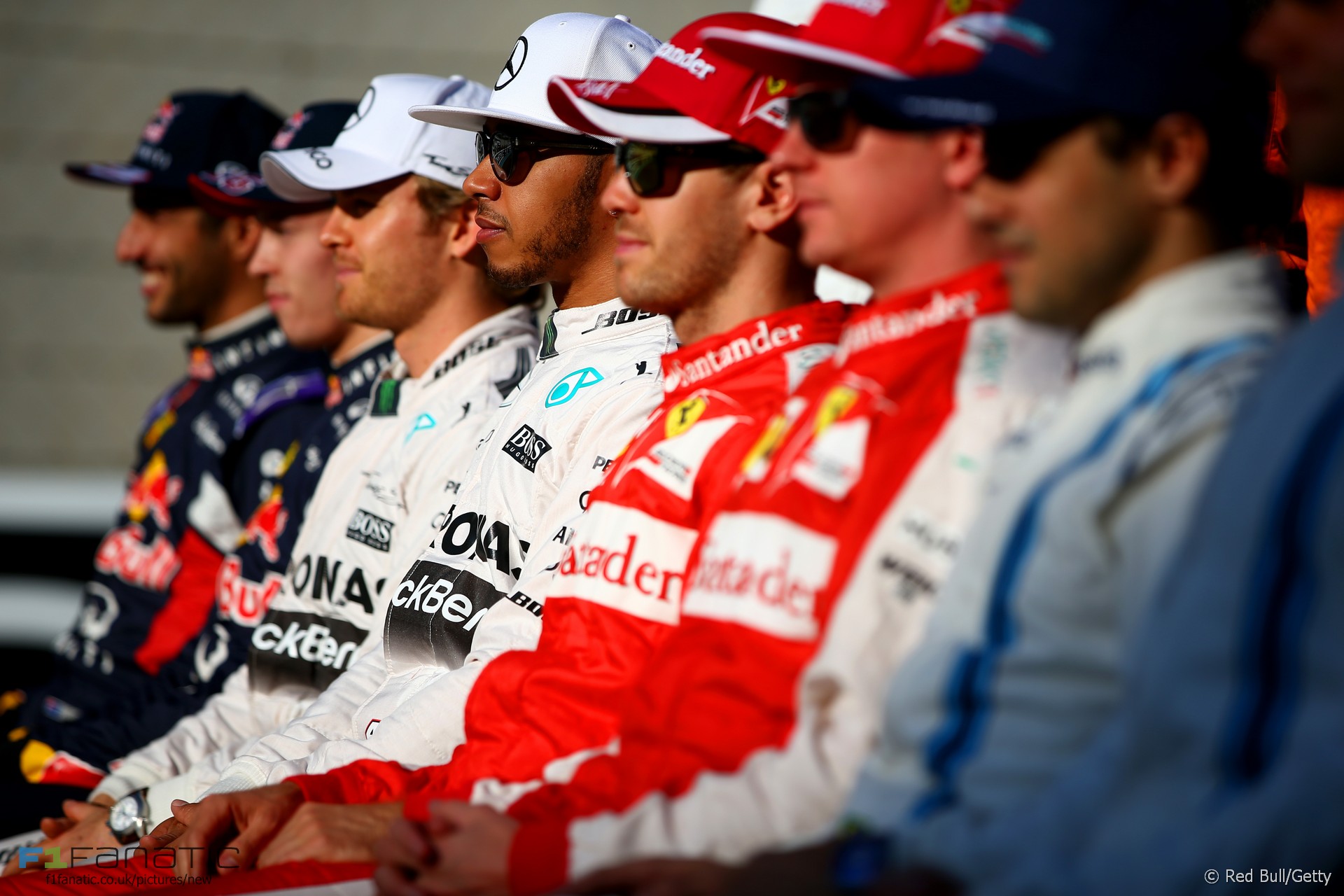 A list of teams and drivers which have been confirmed or are expected to take part in the 2016 F1 season.

Where a driver had not been confirmed the occupant of the seat for 2015 is listed and marked TBC. Where a team have previously announced a driver has a contract with them for the year this is marked “has contract”. However it is not unusual for contracts to be subject to clauses which can permit them to be broken.

The reigning world champion has the option of adopting the number one or continuing to use his career number.

For 2016 the FIA has changed the criteria drivers must satisfy in order to gain a superlicence to compete in Formula One. See here for a list of which drivers are eligible to race in F1 in 2016:

Stay up-to-date on the 2016 F1 driver line-up with F1 Fanatic. You can follow us on Twitter, subscribe to our RSS feed or get the latest updates by email.

Read about the latest developments on the 2016 F1 driver market here: