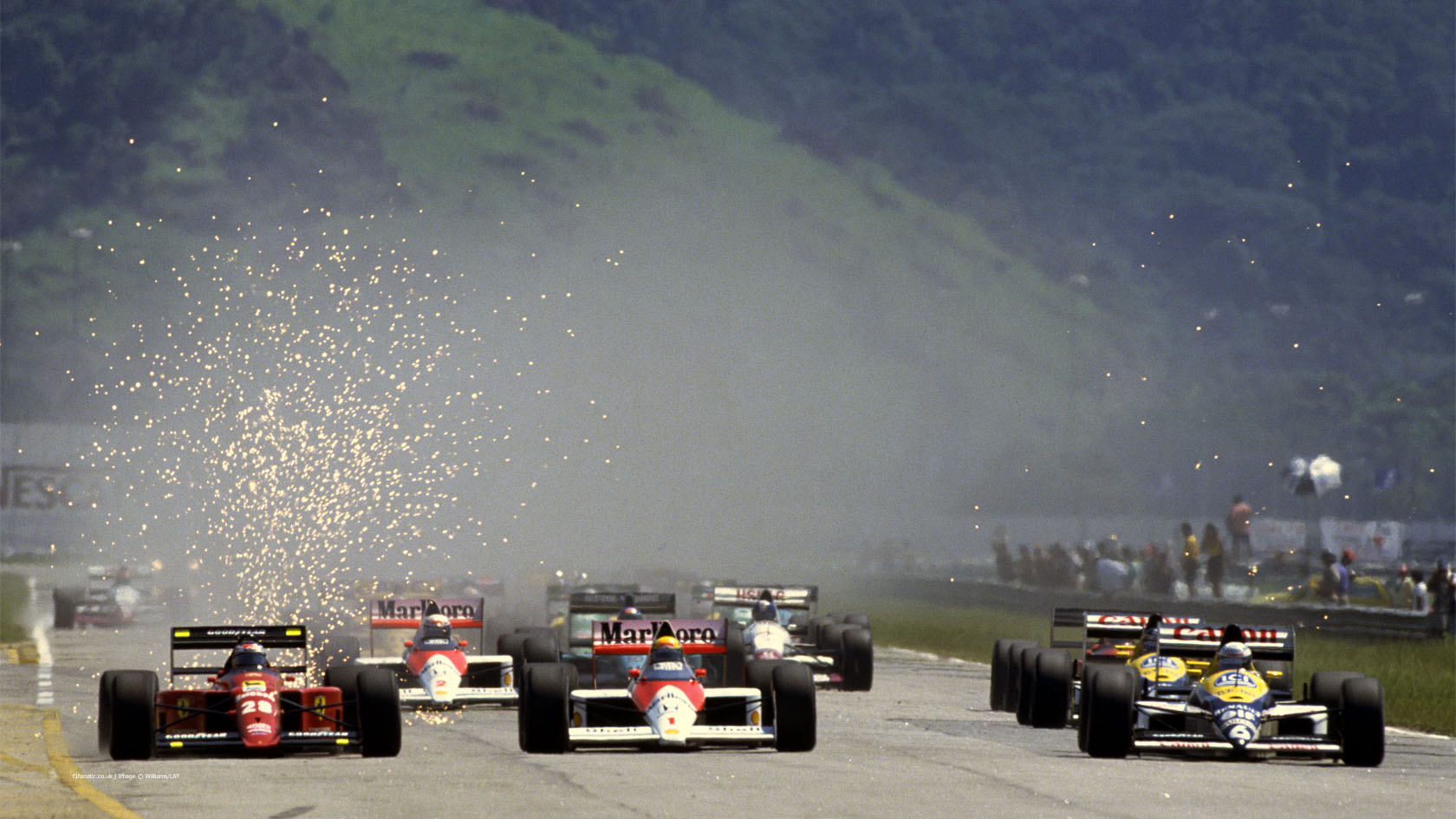 In the last edition of the series, look back on a dozen popular former F1 circuits and how they changed before the sport eventually moved on.

The Adelaide street circuit was F1’s first home in Australia. Its first and last races were won by Williams – Keke Rosberg took the honours in 1985 and Damon Hill did so ten years later.

Sweden’s Anderstorp circuit, which was partly build on a runway, hosted its first F1 race in 1973 with home hero Ronnie Peterson on pole position.

The track had a habit of producing unusual results such as the only win’s for Tyrrell’s P34 six wheeler (1976) and Brabham’s BT46B ‘fan car’ (1978). It had a few strange features as well, such as separate start and finish lines and a pit lane in which the cars entered their garages on one side and exited through the other.

Brands Hatch bowed out as an F1 venue in 1986 after over two decades as one of the homes of the British and European Grands Prix. As these two pictures show its facilities were developed considerably during that time, but not quickly enough to keep pace with F1’s needs.

Estoril saw the closest ever championship conclusion when it held its first race in 1984 and the following year was the venue for Ayrton Senna’s first F1 victory in a memorable, rain-soaked race. Its penultimate race in 1995 was the first victory for Senna’s successor at Williams, David Coulthard.

he carnage at Imola during the 1994 led to it and many other F1 venues undergoing widespread changes, some of which can be seen in the picture below such as the high debris fences. Its final F1 race was in 2006, but unlike most of these former circuits it still has the necessary FIA licence to hold F1 races.

Formula One cars roared down the straight on the Indianapolis oval – in the wrong direction – at the start of every United States Grand Prix between 2000 and 2007. However the penultimate visit saw a multi-car crash triggered by McLaren’s Juan Pablo Montoya, who announced his immediate retirement from F1 a few days later.

Rio de Janeiro’s grand prix circuit was a flatter, less well-liked alternative to Interlagos in Sao Paulo, and held ten races before F1 moved on after 1989. That year Philippe Streiff was paralysed in a crash while testing his Tyrrell at the track.

An oval configuration was later added to the track which went on to hold CART IndyCar races. Sadly the circuit has now been torn up to be used as a site for this year’s Olympic Games.

The last grand prix on the the original configuration of the Kyalami circuit took place amid rising disquiet over F1’s continued presence in South Africa under the Apartheid regime. It returned for two races on a truncated version of the circuit in 1992 and 1993.

Formula One has been without a French Grand Prix for eight years. Magny-Cours was the last home for France’s round of the world championship, having taken over from Paul Ricard in 1991 thanks to the support of then-president Francois Mitterand. A handful of F1 teams tested there in 2013.

The Paul Ricard circuit was shortened in 1986 after a crash during testing which claimed the life of Elio de Angelis. The fast Verrerie turns at the start of the lap were replaced by a sharp right-hander which can be seen below. The change also reduced the length of a long Mistral straight, and made for one of the shortest lap times seen in F1.

The only home of the Dutch Grand Prix, Zandvoort was used for over three decades until F1 left it behind after 1985. In the sixties the cars started three-abreast on the main straight; by the eighties the narrowness of the start area was a clear shortcoming. The funnel effect caused by the pit wall pinched Clay Regazzoni into Rene Arnoux’s Renault, leaving the Williams driver without a front-left wheel.

When F1 cars outgrew the original, ultra-fast Spa-Francorchamps, Zolder stepped in to host the Belgian Grand Prix. The venue gained notoriety after Gilles Villeneuve was killed during qualifying in 1982. A year later F1 raced at the revised Spa for the first time, and after a farewell visit to Zolder in 1984 it never returned.

What are your memories of these tracks? Did you see F1 race at any of them?