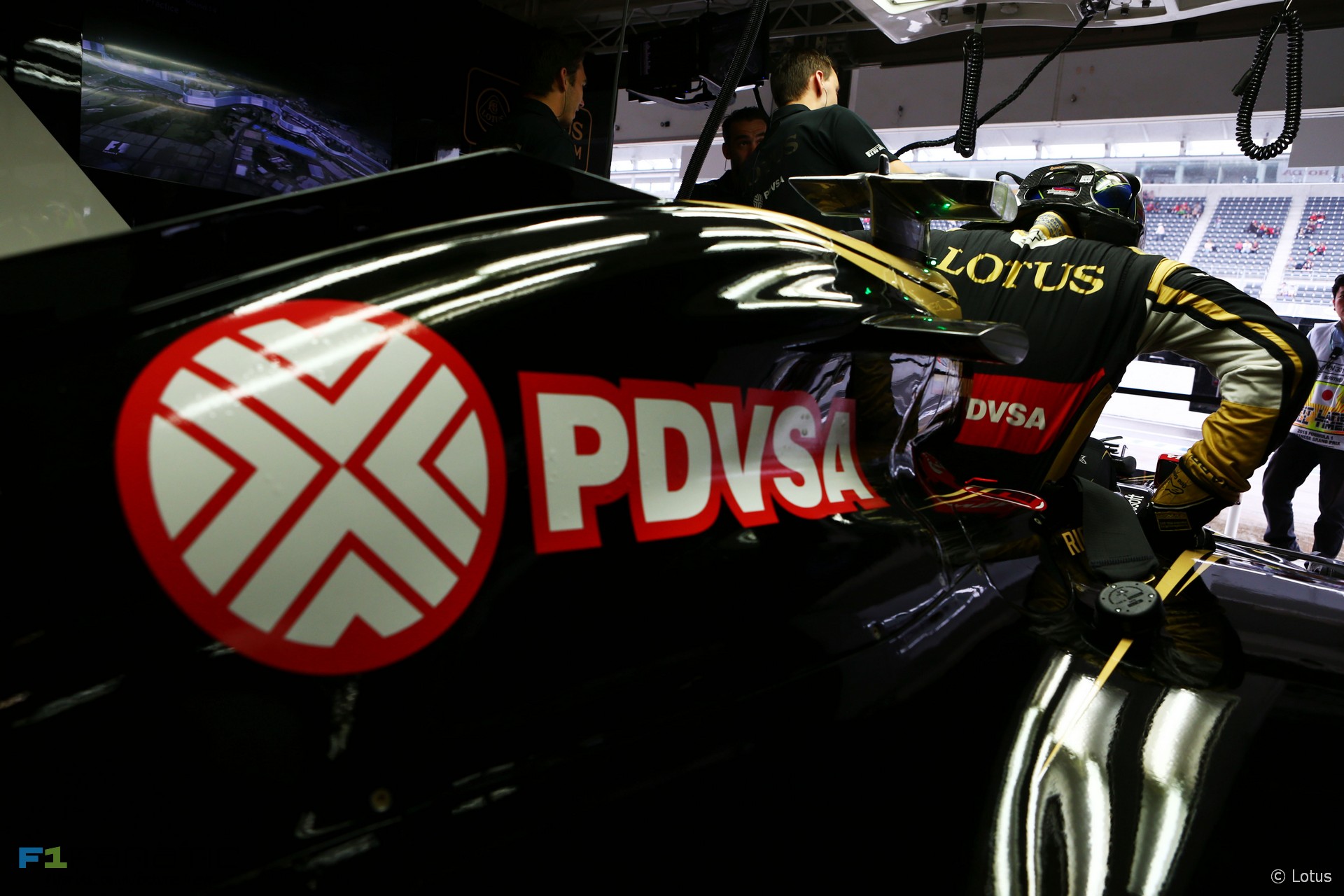 In the round-up: Pastor Maldonado’s place at Renault may be under threat due to a late payment for his backer PDVSA.

"(Points) is our target, from the beginning. We want to be there."

"Less testing could mean better opportunities during the first couple of races if we’re better prepared than others - and have kept the momentum (of 2015)."

"In the future, Formula 1 could have the need to have a bigger motor, a bigger ERS, not only 120kw as today but eventually 300kw if you want to have 1000 horsepower engines."

"As last season, the first two-day test will take place at Circuit de Barcelona-Catalunya on May 17/18, namely after the Spanish Grand Prix. However, the second session will not be held in Austria's Red Bull Ring but at the Home of British Motorsport on July 12/13."

F1 about to score another own goal? (Motorsport magazine)

"There will be more lift and coasting, i.e. even less flat-out running than currently - which is already nearly not enough. And the qualifying lap records will still not be broken anyway. So it's introducing a load of downsides for no upsides."

BEST race lineup EVER?! Check out the official result sheet from that epic race back in '84! Amazing! #F1 #Legends pic.twitter.com/EOavdRz2g1

Which helmet design should I use this season guys? It's your call. 😁

Zandvoort will need more than just track changes if it is to host F1 again, says Nick:

The local infrastructure has a hard time dealing with crowds. Events like the Masters of F3 (more so in the past) and DTM cause huge traffic jams. With the current Max Verstappen hype and no signs the local government is planning on improving local infrastructure, it’d probably be a logistical nightmare even if the track gets up to standards.

As much as I love Zandvoort, as much as I love F1, I don’t really love the idea of F1 at Zandvoort. The track is great but it could barely cope with 100,000 people for Masters of F3 in the previous decade, where most people would leave after the demonstrations by Marlboro-sponsored teams and the F3. For F1, everyone leaving at the same time. I don’t even want to think about it.
Nick (@Npf1)

Happy birthday to Nick and Koolkieren!