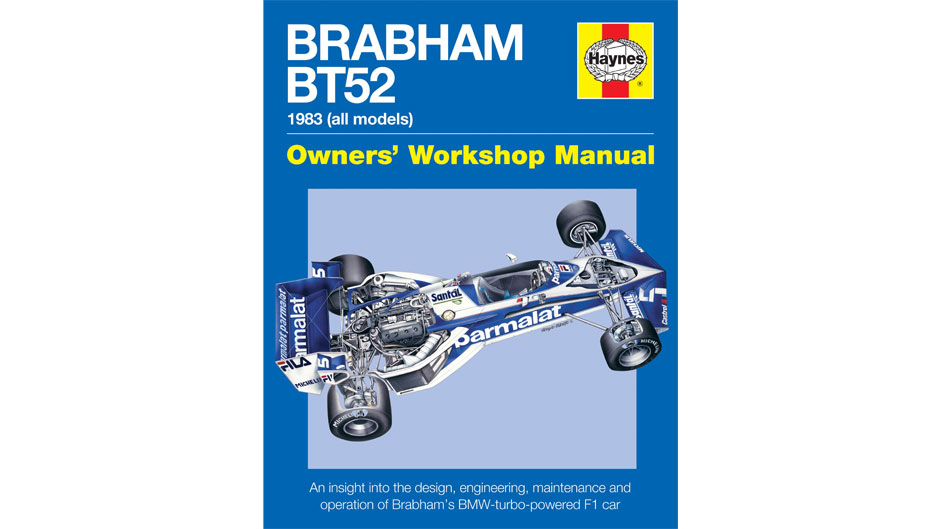 Has the arrowhead front wing of the Brabham BT52 been used as the template for all F1 cars to use from 2017? It certainly seems that way from examining the planned rules changes for next season.

If all Formula One cars must be built to a single specification – and that’s a debate for another time – it might as well be an attractive one. And the BT52 has always been one of the most visually satisfying racing machines.

It was also the last Brabham to take a driver to the world championship title – Nelson Piquet – and one of the final cars produced by the team when it was run by Bernie Ecclestone. Now it joins the Lotus 72, McLaren M23 and Red Bull RB6 in getting the treatment from Haynes’ iconic Workshop Manual series.

The Formula One editions of these books have always concentrated more of the life and times of each car rather than how to service and run the BT52 you almost certainly don’t have in your garage. Even so, I suspect the technically-inclined will be disappointed to discover the latest Haynes book is a little slimmer than the previous three, and only around 30 pages are dedicated to the technical workings of the car.

However the secrets of the car’s workings are revealed in interviews with those who created and ran the car, including design ace Gordon Murray, and painstakingly illustrated with a wealth of photographs. And, of course, every driver to have experienced the car has been tracked down, with the obvious exception of Ayrton Senna, who was so impressive on his run in the car Piquet made sure he didn’t get a race seat for 1984.

Fans of great F1 car design will no doubt be pleased to see Haynes is continuing with this series after a three-year break, and hopefully there are many more in the pipeline.