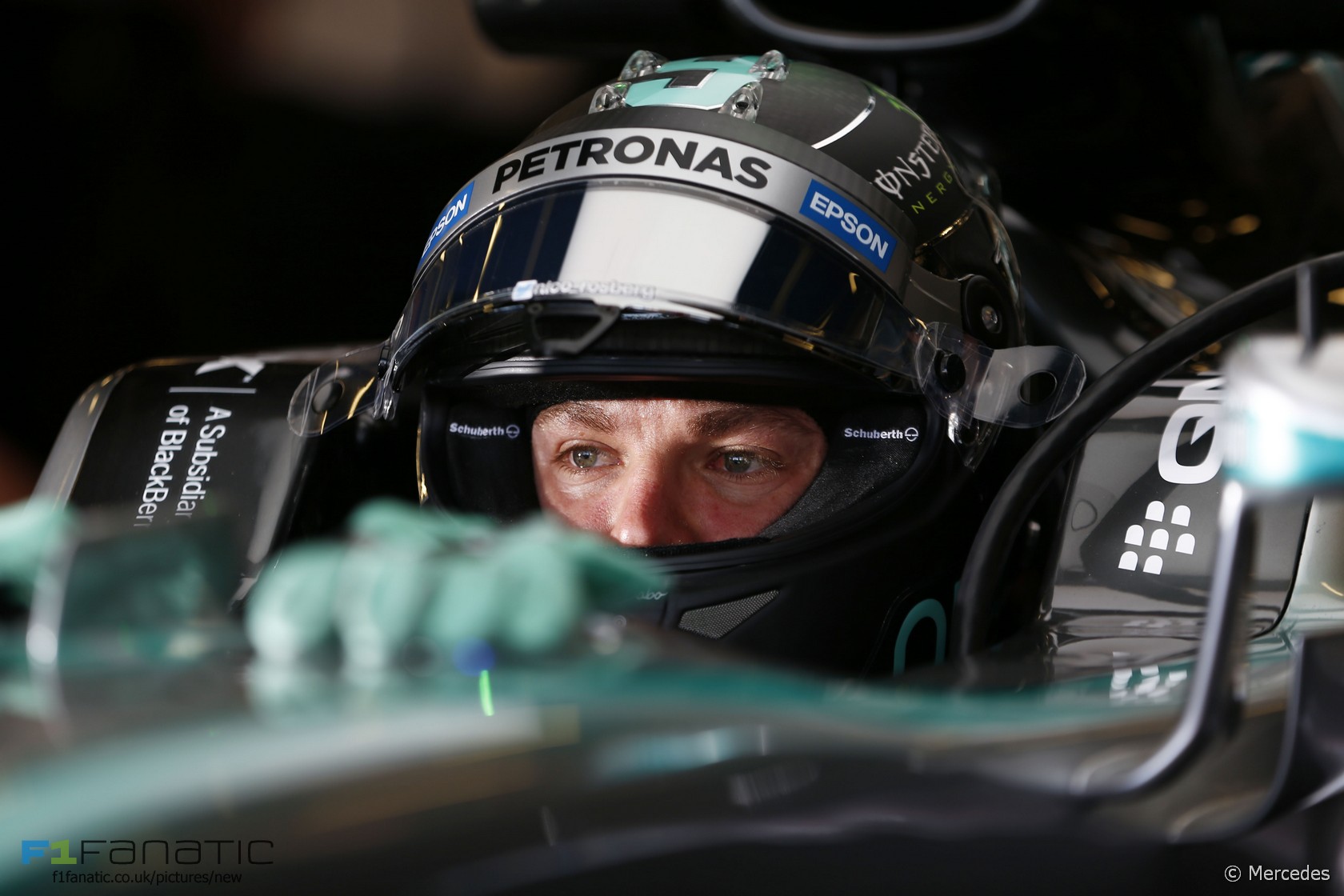 In the round-up: Formula One drivers call on the FIA to prioritise cockpit protection and want higher-performing tyres.

"The drivers feel it's time to implement the extra protection at the latest in 2017."

Webber: Vettel the best, Maldonado out of his depth (Wheels)

"He’s out of his depth and just shouldn’t be there. He’s making up the numbers basically."

"We had the same as last year and some of the new ones, but I think we prefer last year's ones, but it's a bit too early to say."

"There was one interruption to running when Vandoorne stopped out on track in the afternoon, with the McLaren having to be recovered to the pit lane under red flag conditions."

"I think Williams are the benchmark of an independent team's performance, with them challenging for podiums."

"Unless you’re based in Europe and have a commitment in that sport, I don’t think you can compete on a day-to-day basis."

"Roger and Karl's perfectionist thing began to work its way into the best Formula 1 teams and other top teams around the world."

Love the effort this guy put into nailing a flying lap of the support road at Portimao in an #F1 car: https://t.co/niendtSh1c

I am happy to announce that I will be racing with @StiloOfficial helmets from now on! #F1 #StiloHelmets #77 pic.twitter.com/lZTgaxWipR

Re report of 223bhp power increase, Honda say they "don't know where that number came from" and "don't know yet" what improvement will be

Which, interestingly and for what it's worth, is not actually a denial. They did point out that 223bhp is a rather large leap, however

Are Manor’s recent hirings about something other than their immediate performance on the track?

I’m not going to get high hopes for Manors transformation this year. Staff rarely make a day one impact, it’s more likely the real pay off if any will be for 2017 with their current signings. Also while the Mercedes power unit and Williams gearbox and suspension is undoubtedly going to provide a step up from the 2015 running, it’s not like they’ve been hammering the aero development like Haas have this year.

And with the rumour that Honda have found 230 horsepower during the Winter I can’t help but think business as usual for Manor with no one to really fight with at the back.

And the cynic in me is still thinking Stephen Fitzpatrick being a business man is trying to increase the value of Manor ready to offload it. I wonder what kind of stock options the new signings have had because they are pretty big names to be joining a back marker?
Philip (@Philipgb)

Lotus revealed the first pictures of their 2015 F1 car on this day last year.