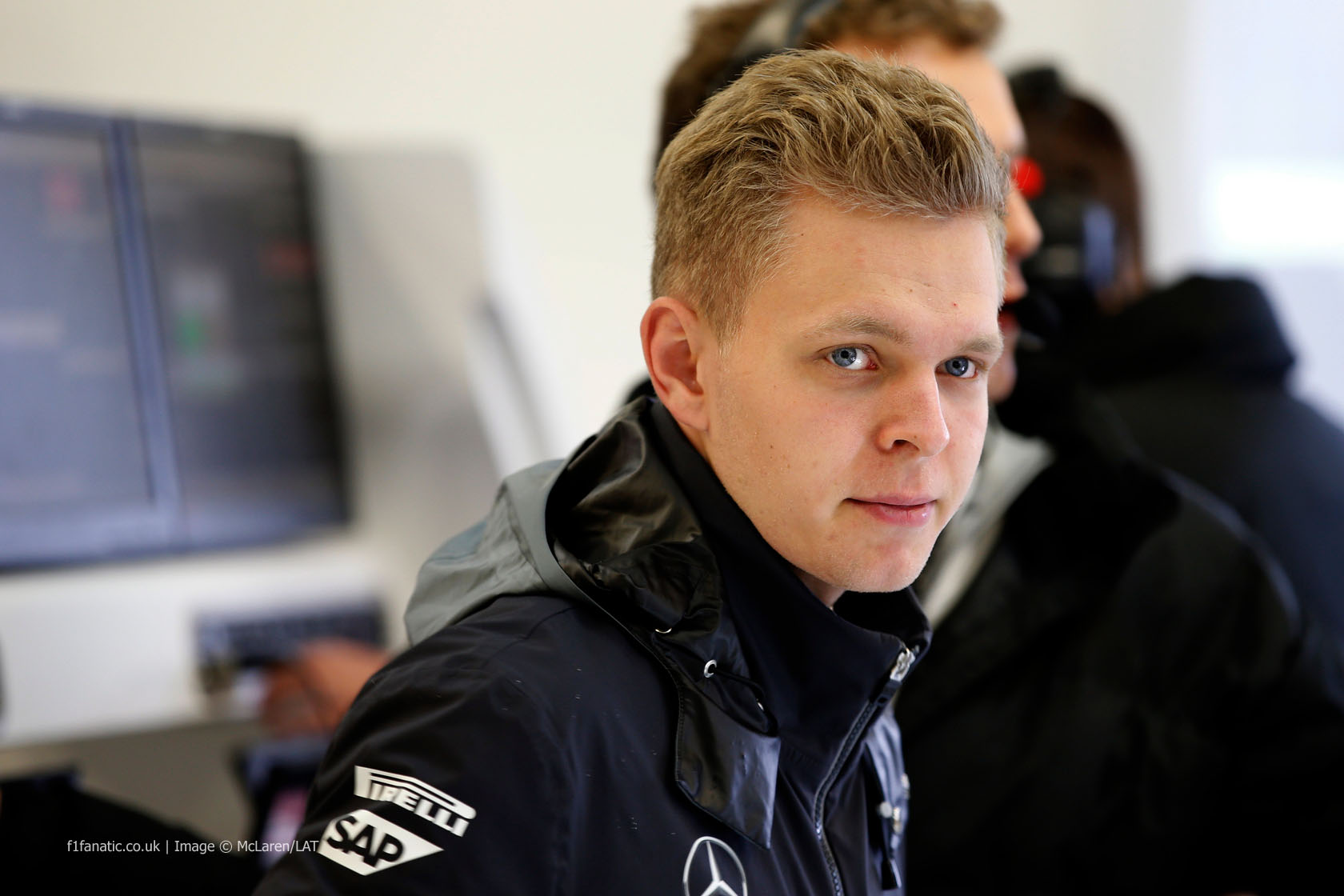 In the round-up: Further reports claim Pastor Maldonado is about to lose his place at Renault to Kevin Magnussen, as was first reported two weeks ago.

"Sources have confirmed Magnussen is poised to sign a deal over the next few days, before being officially confirmed at Renault's launch in Paris next Wednesday."

"The Venezuelan, reputed to pay almost £20m for his seat, is believed to have been ousted after backing from his sponsors dried up."

"He added that F1 'won't be there' unless the Circuit of the Americas pays its sanctioning fee, but said he had 'no doubts' the situation would be resolved."

Williams feels like 'little girl' in F1, wants to be braver (AP)

"I sometimes feel like I'm the little girl in the room ... sometimes I wish, when I'm responsible for fighting for my team and my team's position within our sport, (I'm) perhaps sometimes braver."

"They fired objects at various of the protection methods, from different angles and so on. And the Halo came out as the fastest way to tick most boxes, for debris and heavier objects."

"I took Pablo (his father) aside and told him, 'Look after him. If he gets the right breaks and is carefully managed he can be world champion.' Unfortunately, there was nobody strong enough to be at his side to make it happen."

A very rough impression of the Baku circuit layout:

This official 1998 #F1 champion cap shouldn't exist. 100 produced. Most of them destroyed. Not this one. #AMuS #TBT pic.twitter.com/iLniZQT4Rq

Hearing Chandon not be @F1 official bubbly after exit of Mumm, but another brand. Wonder how much TV coverage @mclaren will get in that case

Interesting to note having previously touted an Alfa return to #F1, Marchionne is now again delaying plans to expand their road car line-up.

What will be Bernie Ecclestone’s biggest headache in 2016?

Whether Ecclestone has lost or not will, in my opinion, ultimately be decided by the result of the EU investigation, if it goes ahead. If Bernie loses that then his entire financial structure of Formula One could risk falling apart before him.
@strontium

Happy birthday to 1979 world champion Jody Scheckter who is 66 today.