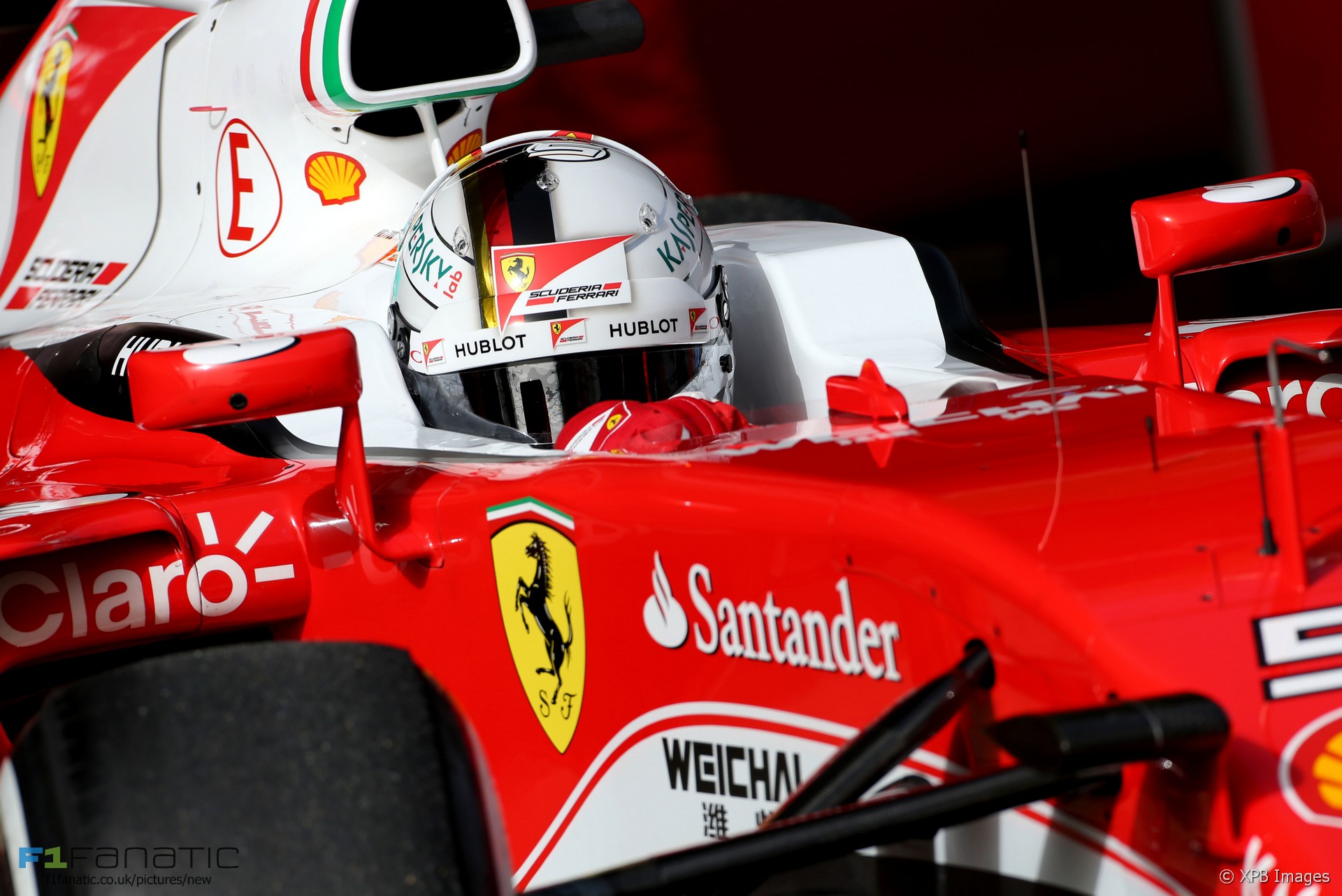 The first day of testing for the 2016 season was a repeat of last year’s: Sebastian Vettel was quickest for Ferrari but Mercedes demonstrated stunning reliability out of the box.

Lewis Hamilton began his world championship defence by leaving the pits the instant the lights went green at the Circuit de Catalunya. By the time the chequered flag had fallen on the first of eight days of pre-season testing he had covered 156 laps – roughly two-and-one-third race distances. His total mileage of 726.18 kilometres was 30 kilometres more than his team mate managed on the first day of testing last year at Jerez.

Hamilton’s best lap time was just under half a second slower than Vettel’s benchmark of 1’24.939. Daniel Ricciardo was a further half-second back in third, fractionally quicker than the Williams of Valtteri Bottas. The entire field was covered by less than four-and-a-half seconds.

Of the eleven teams present all bar Sauber had their new cars ready for the first day of running. Newcomers Haas completed 31 laps with their new car, though Romain Grosjean had a scare when his front wing detached on the main straight. He was able to recover to the pits though the session had to be red-flagged while the track was cleared.

Manor, who failed to participate in any of last year’s pre-season tests, also got off to an encouraging start with their mew MRT05. Pascal Wehrlein lapped just over three seconds off the pace set by fellow Mercedes user Hamilton.

Toro Rosso also made third first appearance with a new engine supplier, Carlos Sainz Jnr driving a largely blank car now using 2015 Ferrari power. The car was only just completed in time for testing – hence the minimal livery – but lapped well until the team brought their running to an end after detecting a gearbox fault.

28 comments on “Vettel fastest but Hamilton goes furthest by far”