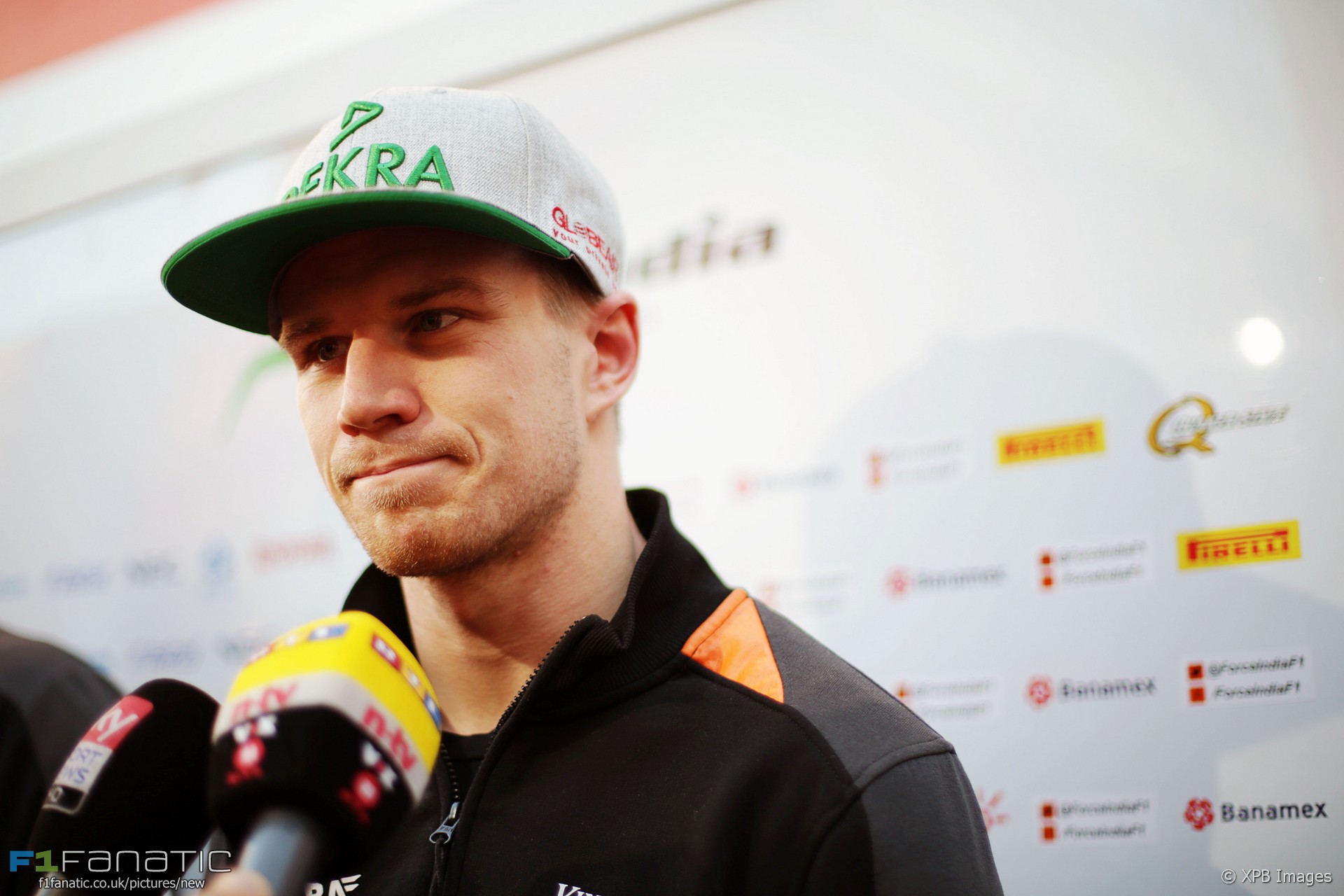 Nico Hulkenberg has come out against the driver head protection system dubbed Halo which Ferrari ran in testing today.

Speaking to NBC after today’s test Hulkenberg said Formula One needs to retain an element of danger.

“Personally I’m not a big fan of it,” he said. “I think safety and security in F1 and the standards are pretty high and very good. I would be happy to accept those risks and keep running as we are.”

Hulkenberg added he had reservations about the aesthetics of the design which used on Kimi Raikkonen’s car.

“And for me it feels a bit like trying to eliminate every little bit of risk is I think moving a bit in the wrong direction, making the sport a bit unattractive. It’s also one element I think which has attracted people and fans to the sport as well and that’s why I don’t think we should do it.”

Hulkenberg raced a closed-cockpit Porsche 919 Hybrid in two rounds of the World Endurance Championship last year but said the difference was “not a big change, not a big deal”.

“Obviously here the halo thing is not a closed environment. But it didn’t really change the world, to be honest.”

Other drivers have backed the proposal. Nico Rosberg posted on Twitter that Halo promised to be a “massive safety improvement”.

Former F1 driver Max Chilton, who had a near-miss with debris in a crash involving Raikkonen at Silverstone two years ago, said he “couldn’t agree more” with Rosberg.

However Lewis Hamilton sided with Hulkenberg, taking to Instagram to criticise Halo.

“Please no,” he posted. “This is the worst looking mod in Formula One history.”

“I appreciate the quest for safety but this is Formula One and the way it is now is perfectly fine.”

75 comments on “Hulkenberg, Hamilton and Rosberg divided over Halo”