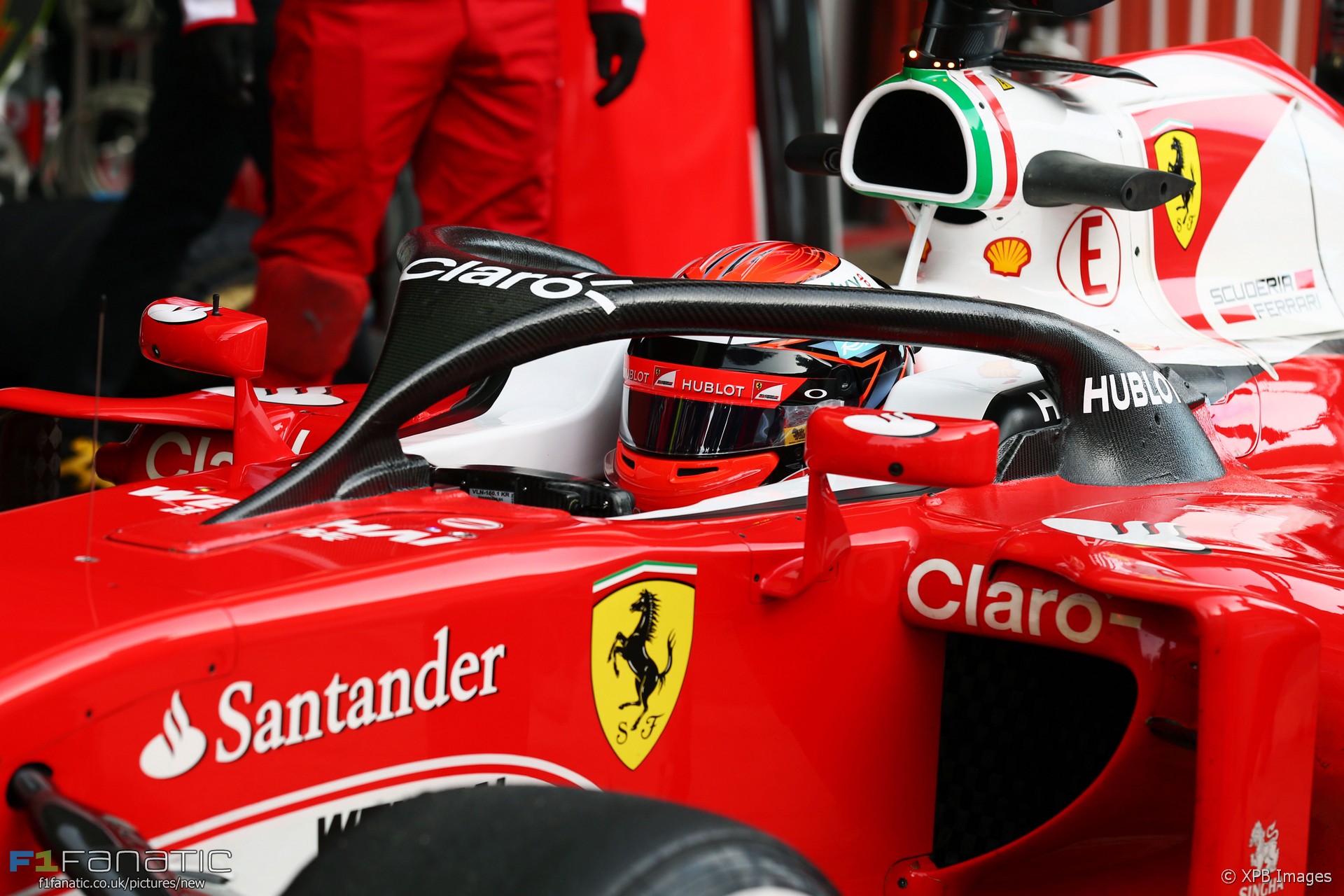 Kimi Raikkonen says the Halo driver head protection device he tested this morning did not cause any significant visibility problems.

The structure, which may be mandatory on F1 cars next year, is intended to offer better protection from flying debris. It features two curves bars above the driver’s head and one in front which is pinched at the bottom to minimise blockage to vision.

“The difference to the usual driving was surprisingly small,” said Raikkonen after using the device for a single run at the beginning of today’s test.

“The visibility is just a little bit limited at the front but I don’t think this is the final version of the device, so it can be improved further.”

Today was Raikkonen’s final run in Ferrari’s SF16-H before the first race of the year in Australia. “It was one of our best days of testing,” he said after setting the quickest lap of the test so far.

“We could run without a single stop, except for the red flags on track. Maybe we could have been faster on some laps, but in general the feeling was fine and we are more or less happy with the way things are going.”

“Of course there’s always room to improve and work to do,” he added. “Like I said many times, I don’t like guessing so there’s no point in figuring out where we’ll be in Melbourne.”

20 comments on “Halo made little difference to visibility – Raikkonen”