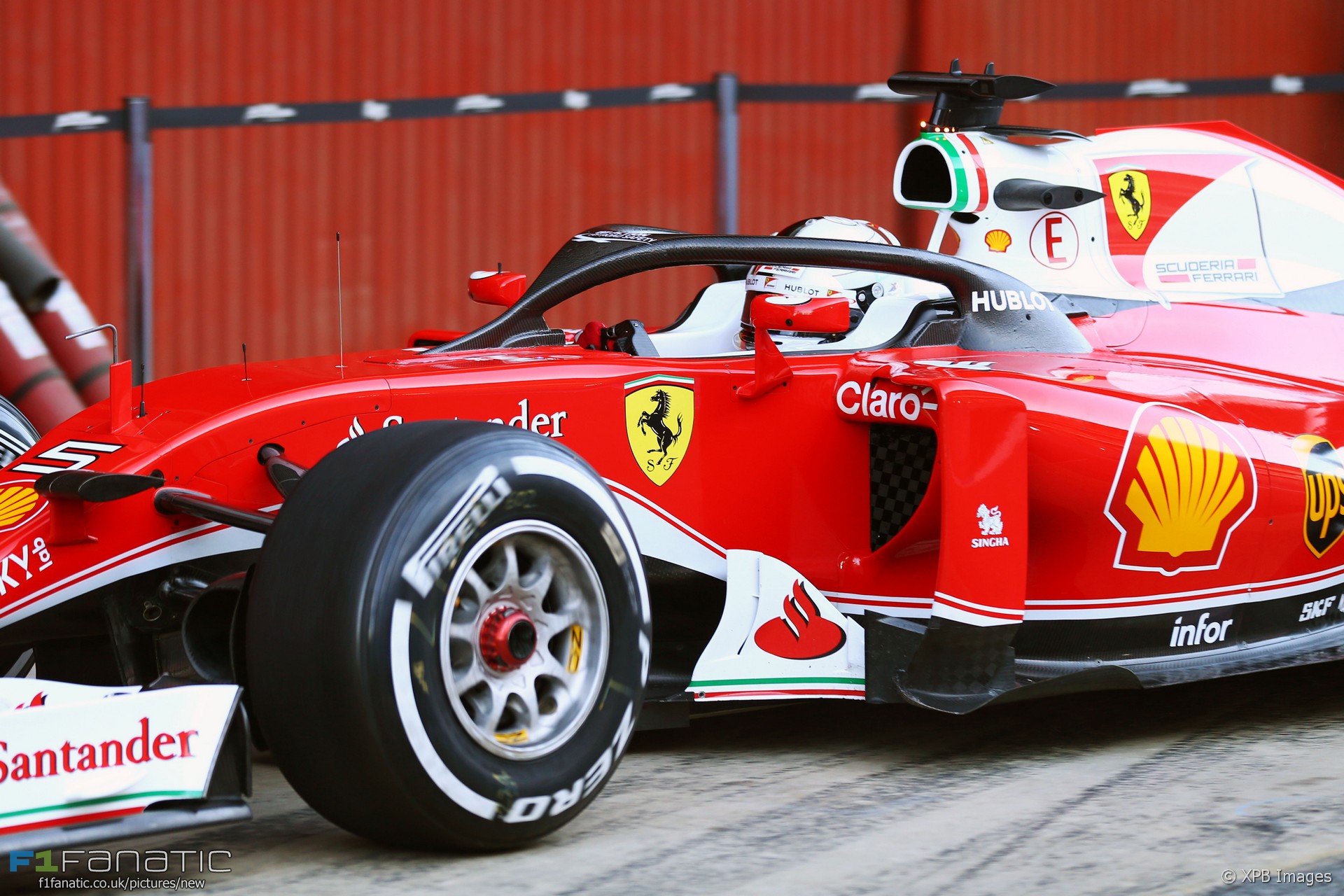 Sebastian Vettel says Formula One should introduce the Halo driver protection device even if it makes the cars less attractive.

Yesterday Lewis Hamilton and Nico Hulkenberg criticised the aesthetics of the proposed safety structure after it was run for the first time on Kimi Raikkonen’s car.

Vettel used the system briefly during testing this morning. He gave his backing to the development but added there is still room for improvement.

“I think Halo is OK even if I believe that this system can be improved in terms of both aesthetics and visibility,” Vettel said. “I think we will see an evolution of it very soon.”

“In principle, I think it doesn’t look very nice,” Vettel added, “but if it can help saving lives, and if thanks to it at least the two drivers who died recently could still be here with us, then I think it can be the ugliest system but nothing could justify not having it fitted.”

Last year former Formula One driver Justin Wilson was killed when he was struck by debris during an IndyCar race and Jules Bianchi succumbed to the head injuries he suffered in a crash during the 2014 Japanese Grand Prix.

Raikkonen, the only other driver to try the Halo so far, said it made only a small difference to visibility from the cockpit.

The Halo device was chosen from three different proposals to improve the protection drivers have from debris, all of which were subjected to tests by having debris including wheel assemblies fired at them.