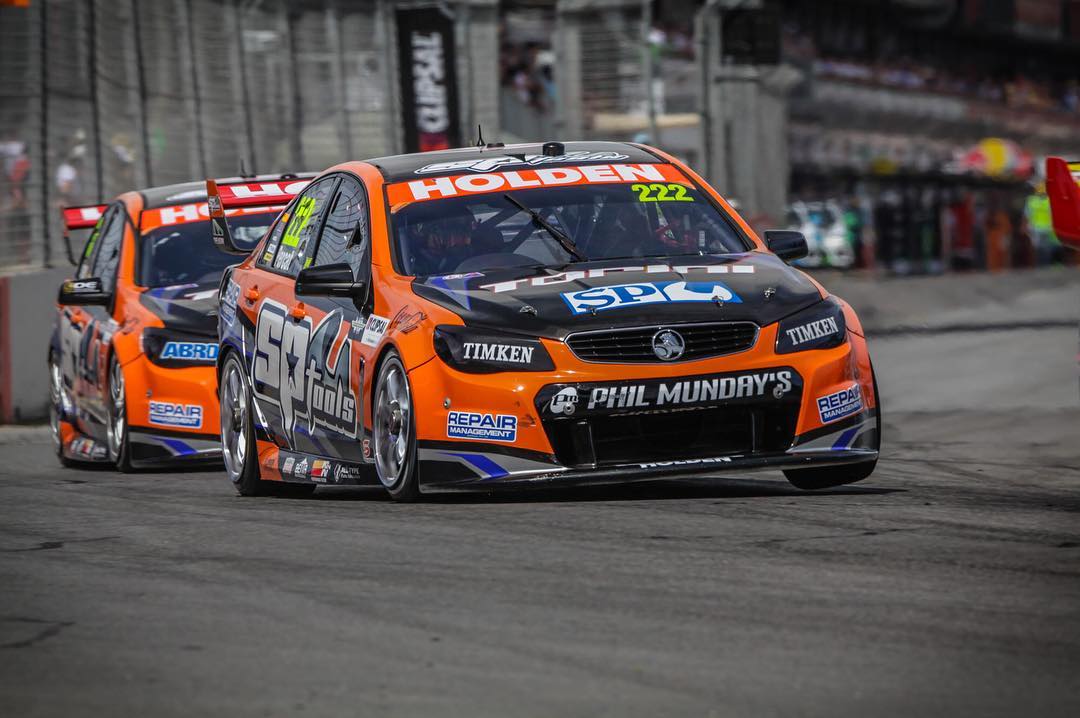 Heavy rain and a quirk of the rules combined to produce a shock result in the opening V8 Supercars race weekend at the former home of the Australian Grand Prix.

Meanwhile Sebastien Ogier’s winning run in the World Rally Championship was halted by his team mate as NASCAR’s third race of the year went on despite a sandstorm.


A rainstorm and a controversy over the rules produced a shock winner in the main event of the season-opening V8 Supercars Weekend. There was shades of the 1991 Australian Grand Prix at Adelaide as heavy rain on Sunday forced the organisers to interrupt proceedings.

It also made for a confusing situation regarding the rules. The main race was scheduled for 78 laps and the ‘minimum fuel drop’ regulations brought in three years ago required drivers to take on 140 litres of fuel. But with the distance cut by 30 laps several drivers found themselves having to make late fuel stops to satisfy the regulations – while others simply couldn’t fit it all in.

The result was a shock win for Nick Percat who had pitted early on in the race while the next two drivers home – Fabian Coulthard and Scott Pye – were penalised for failing to make the necessary pit stops.

The two shorter races were held on Saturday in dry conditions. Jamie Whincup won the first following a Safety Car interruption when Tim Slade went down the turn nine escape road and couldn’t find reverse gear. Pole sitter Scott Pye fell down to 12th after hitting trouble in the pitlane.

James Courtney won a thrilling second race from fourth on the grid. Having moved up to second at the start Courtney took the lead on lap 21 of 39, and resisted fierce pressure from Whincup to win. Chaz Mostert made a triumphant return to form in his first weekend since his Bathurst 1000 qualifying crash, finishing third, while Chris Pither crashed heavily on lap two bringing out the safety car.

Ahead of race three the weather took a turn for the worse, and bright warm sunshine was replaced with torrential rain. Following a race of strategy, incident, overtaking and frantic reading of the rulebook regarding refuelling, Nick Percat emerged as the shock winner ahead of Michael Caruso in the Nissan.

After failing to score a single point in the first two rallies, Jari-Matti Latvala bounced back in Mexico with a commanding victory over Volkswagen team mate Sebastien Ogier. While Latvala was admittedly helped by his lower starting order, it was nonetheless an impressive performance.

M-Sport driver Mads Ostberg was promoted to the final podium place after Hyundai’s Dani Sordo was given a two-minute penalty for using too many tyres. His team incorrectly changed three tyres instead of two following the gruelling Guanajuato stage. At 80 kilometres, this was the longest stage the World Rally Championship has run in over 30 years.

Brad Keselowsko bounced back from a pit-lane speed penalty to become the third different NASCAR winner in as many races at the beginning of 2016. The Las Vegas race was disrupted by a sandstorm at one point.

Did you watch or attend any of these races? What other racing action did you enjoy last weekend? Let us know in the comments.

Next weekend the new IndyCar season begins with its traditional curtain-raiser on the streets of St Petersburg. Meanwhile Formula E will race at the home of the Mexican Grand Prix for the first time and the NASCAR championship continues.