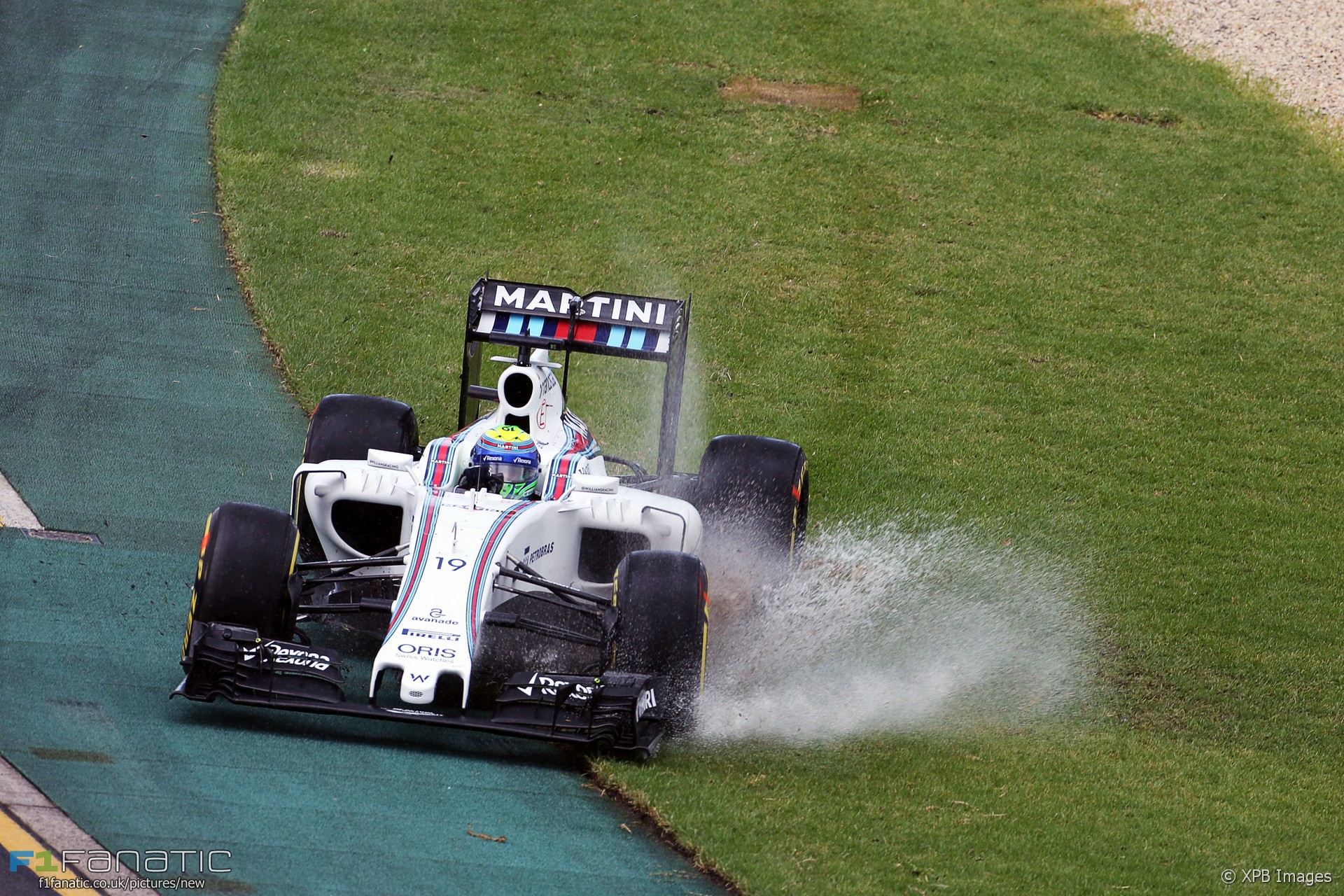 Practice for the 2016 Australian Grand Prix began on a damp track under grey skies.

Persistent rain showers kept the drivers on their toes during the first 90 minutes of running and several of them ventured beyond the confines of the track as they were caught out by ever-changing grip levels.

All 22 drivers appeared on track during the first official timed session of the year, including the two Renault RS16s resplendent in their fresh yellow liveries.

The rain worsened during the second practice session which saw even less running by the drivers.