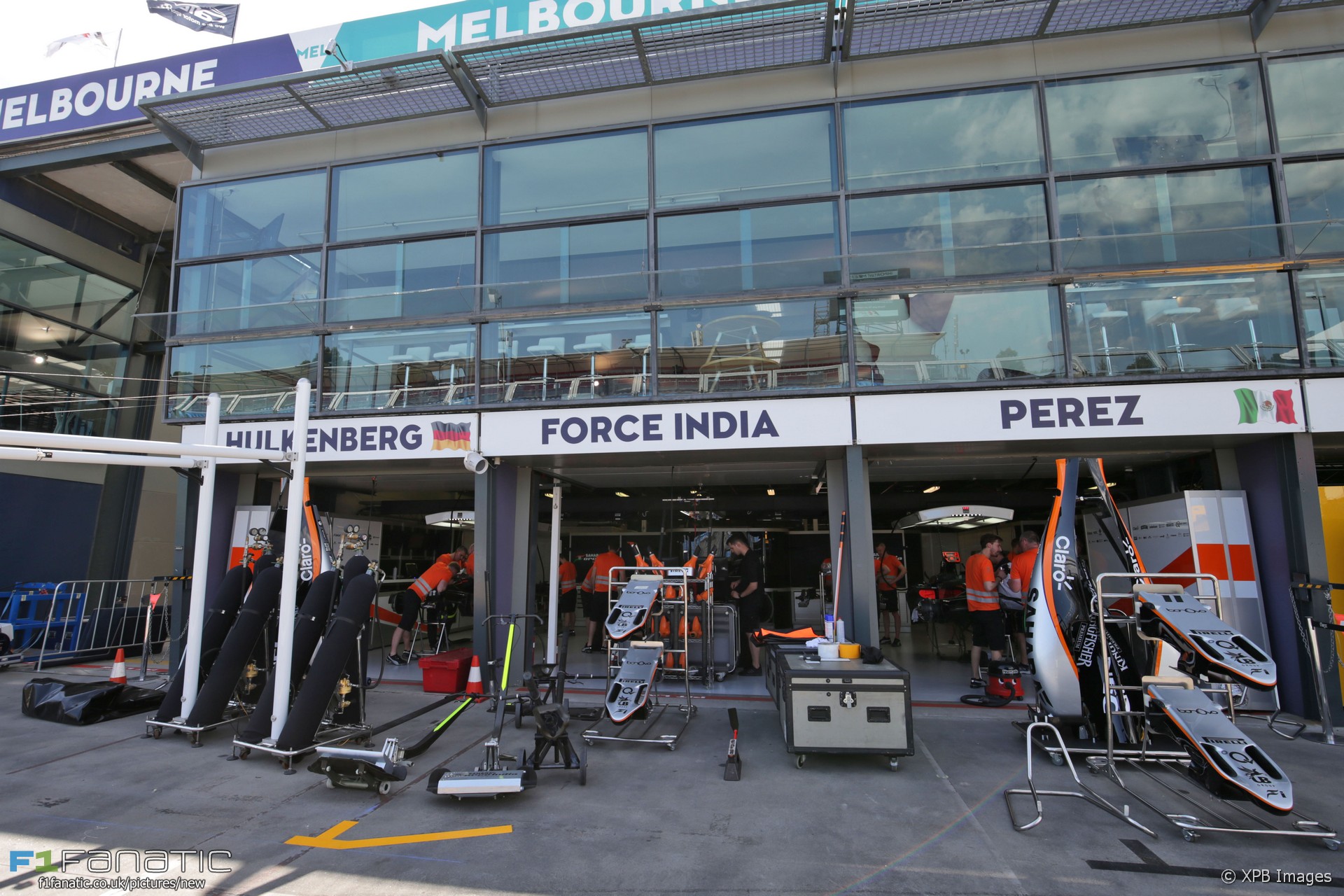 Force India have been denied an appeal against breaking the curfew rules at the Australian Grand Prix by the race stewards.

The team was found to have broken the curfew, which has been extended by an hour this year, when one of its engineers arrived at the circuit an hour early on Friday. The stewards imposed no sanction on Force India but in accordance with the rules noted the team had used “the first of the two individual exceptions permitted”.

A request by Force India to have the decision overturned was denied on Saturday.

“The circumstances were that the engineer entered the paddock at 08:30, one hour before the expiry of the restricted period,” noted the stewards. “Although he did not do any work whilst in the paddock the stewards find his actions breached the article”.

“The stewards decline to exercise any authority to providing any dispensation. In declining to remove any penalty the stewards took into account the differing circumstances in previous instances.”

Force India therefore has one remaining curfew exemption available for the remainder of the championship.