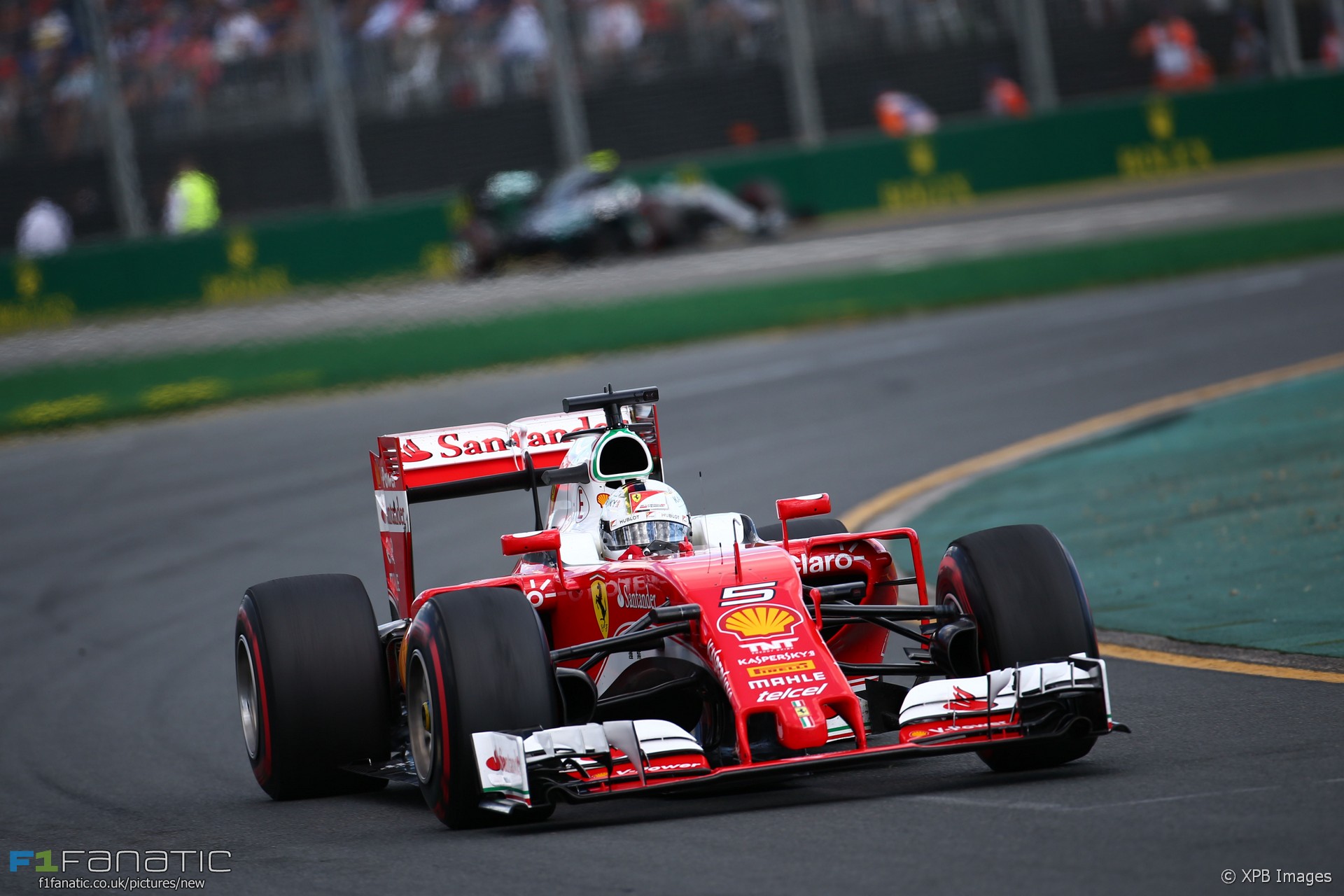 Sebastian Vettel says he isn’t blaming his Ferrari team for a strategy decision which might have cost him victory in the Australian Grand Prix.

A red flag interruption during the race offered all drivers the chance to change tyres without having to make a pit stop. Ferrari kept Vettel, who was leading at the time, on super-softs which meant he could have to make another stop.

However Mercedes put Nico Rosberg onto a set of medium tyres which allowed him to complete the race without pitting again. Vettel not only dropped behind Rosberg but also Lewis Hamilton, who pitted for mediums earlier on.

“You can argue the red flag didn’t help us,” said Vettel, “but equally one time it plays into your favour, the other time it catches you out a bit. Today I think, nevertheless, we had a great race.”

“We went for the aggressive route – maybe with hindsight we could have done something else but I’m not willing to blame anything or anyone. We are a team, we win as a team and I think today we won 15 points.”

Vettel said Ferrari did not expect to see Mercedes switch to the medium compound tyre.

“We didn’t expect probably what both of them did going on let’s say the hardest compound and going to the end. So we tried to go more aggressive. Maybe it didn’t work but ultimately very happy with third.”

Vettel said he was encouraged to see Ferrari were “a lot closer” on pace to Mercedes.

“Last year this was one of our worst tracks so there’s plenty of positives. Surely we expected to be a bit stronger in qualifying, it wasn’t the case but I think we had a bit of a rough session yesterday. So I think today was a lot better for us, we were a lot closer.”