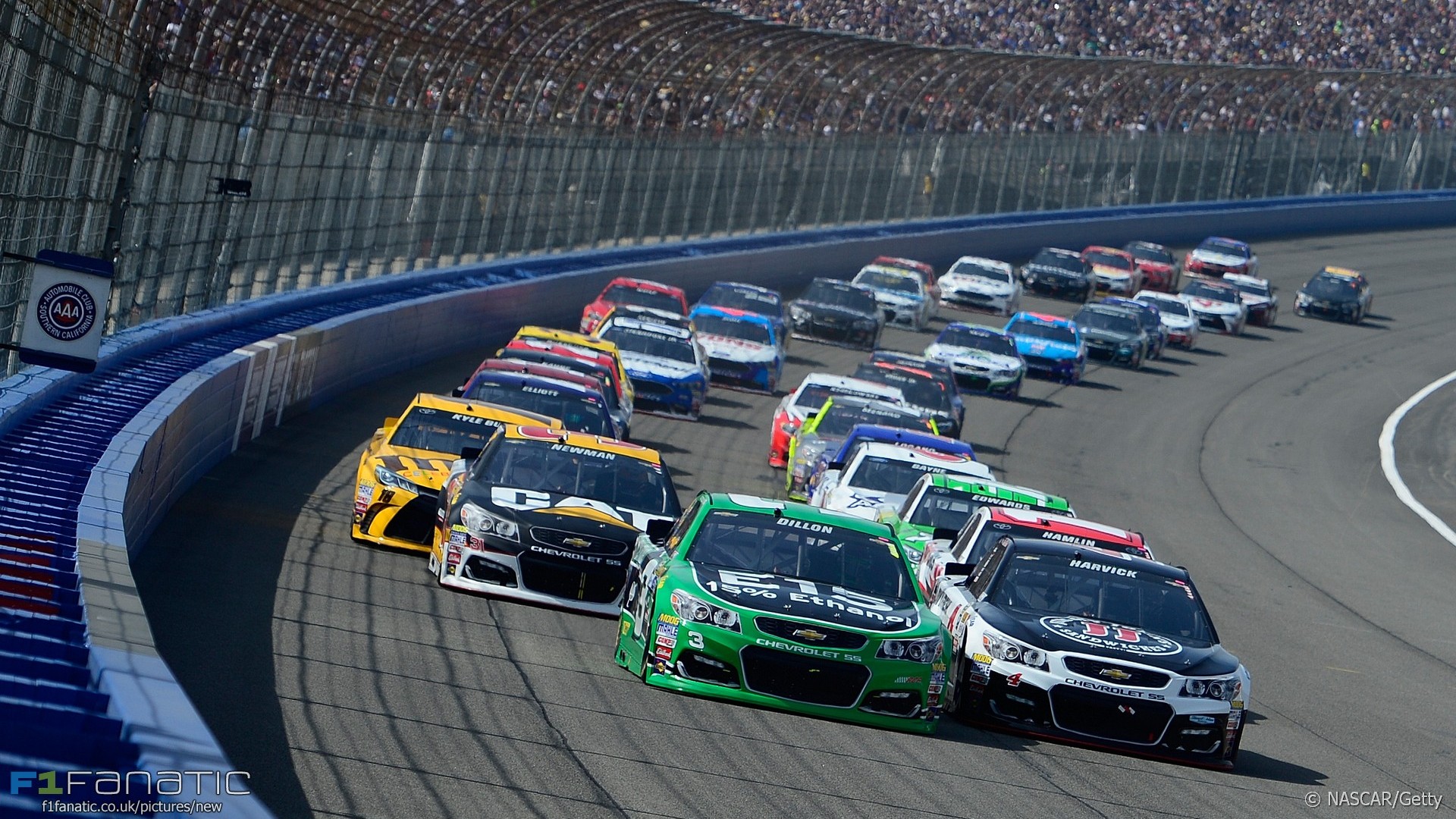 Jimmie Johnson scored his sixth home victory at Auto Club Speedway but several of his rivals suffered heavy crashes during the race.

Jimmie Johnson took his second NASCAR victory of 2015 in an eventful race at Fontana, much of which was led by Kevin Harvick. The race distance was extended after a late crash for Kurt Busch which gave Johnson took the opportunity to pass Harvick for the win at the restart.

Richie Crampton made the fifth quickest pass ever in NHRA history on Saturday to claim the number 1 and earn the honour of opening Sunday’s eliminations, though it rather backfired.

Crampton was beaten in the first heat by 84-year-old (yes, you are reading that correctly!) Chris Karamesines and duly knocked out. Karamesines was then beaten in the second round by Dave Connolly who himself lost in round three to eventual winner Brittany Force.

The Sebring 12 Hours was won by the Extreme Speed Motorsports team of Pipo Derani, Scott Sharp, Ed Brown and Johannes van Overbeek in treacherous conditions, giving a second classic US endurance title this season to add the Daytona 24 Hours won in January.

After qualifying on pole, the car fell to fourth by the final restart, but two deftly-executed moves by Derani in the last ten minutes saw the car take the win. Action Express and their Corvette DPs were the leaders for the majority of the event, which was red-flagged for almost two-and-a-half hours due to huge thunderstorms in the area, and cars throughout the classes hit trouble both on track and in the pit lane.

The GTLM honours went to Corvette Racing, with another set of repeat winners from Daytona: Oliver Gavin, Tommy Milner and Marcel Fassler. CORE Autosport took the Prototype Challenge honours, while GT Daytona was won by the Scuderia Corsa Ferrari team.

The Formula One world championship returned with a bang – quite literally for Fernando Alonso – with the Australian Grand Prix at Albert Park, Melbourne. Nico Rosberg took the honours ahead of team mate Lewis Hamilton and Ferrari’s Sebastian Vettel.

Whatever racing action you watched last weekend we want to hear about it. Let us know in the comments – plus your viewing plans for this weekend.