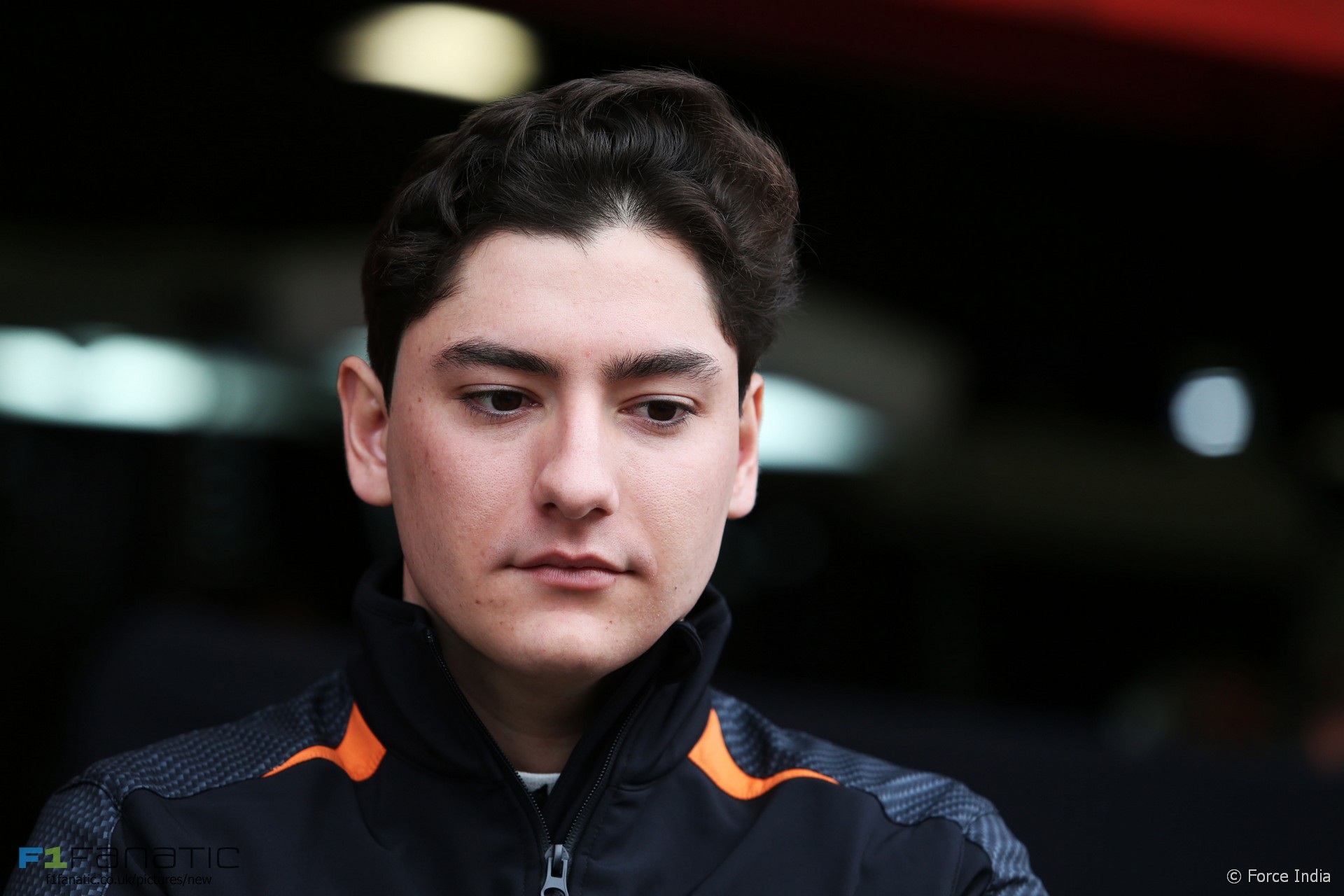 Force India test driver Alfonso Celis will have his first run in an official F1 practice session in next week’s Bahrain Grand Prix.

Celis has already driven the team’s car twice during pre-season testing and was the first to run in the team’s 2016 chasses. He will take the place of Sergio Perez during Friday’s first practice session at the Bahrain International Circuit.

The 19-year-old has prior experience of the track which hosts the Bahrain Grand Prix having raced at the circuit in GP3 last year.

Celis will race in Formula V8 3.5 this year for the AVF team, who he contested the same series with in 2015. He is also scheduled to make further appearances in F1 practice sessions for Force India.

“Each day in the car is a massive learning experience for me and I feel more comfortable with each run,” said Celis after his most recent outing in the team’s car.

“I’ve also been able to get to know the engineers better this week, which is very important for the work I will do for the rest of the season.”