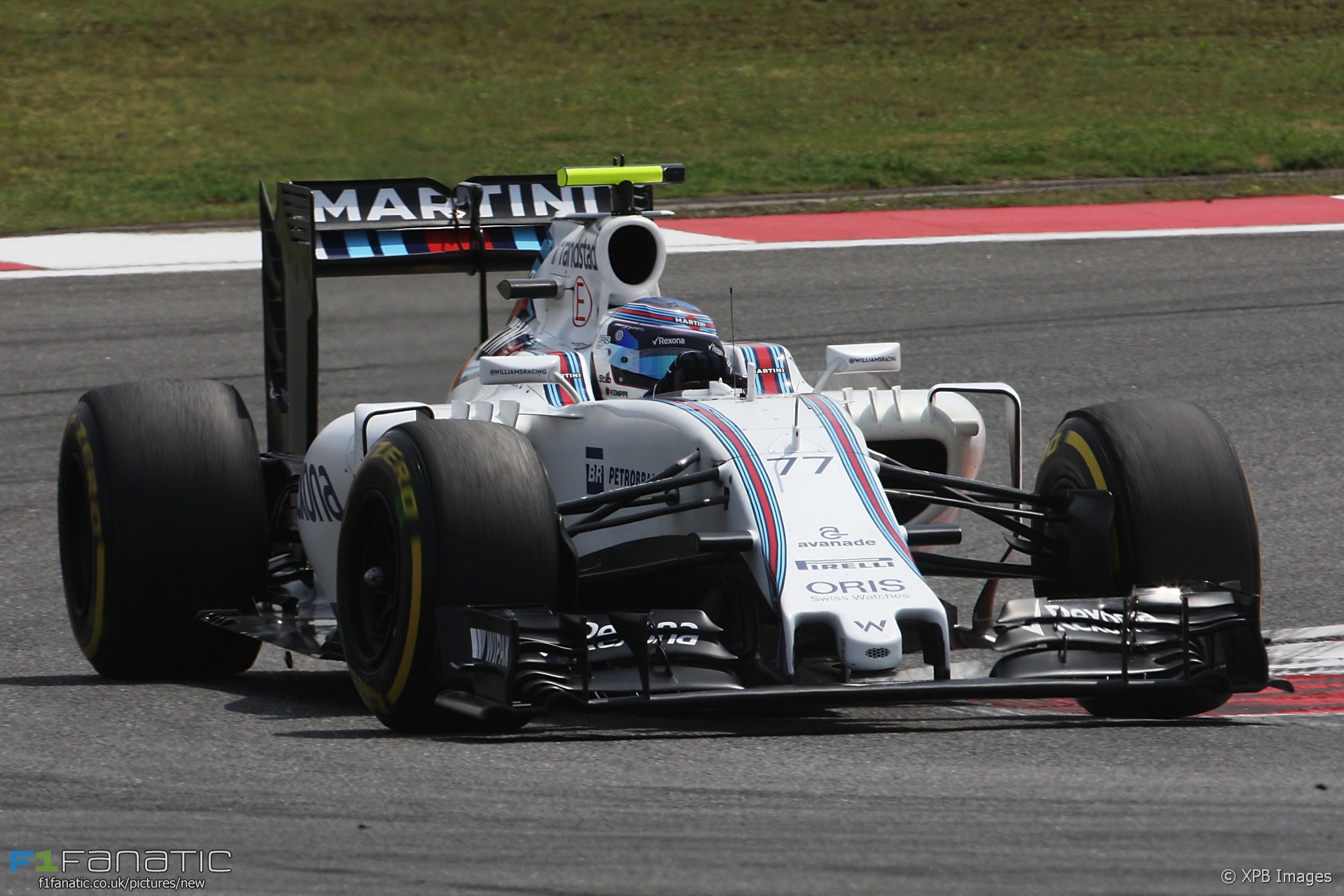 Valtteri Bottas says he was lucky not to experience the same tyre failures as his team mate during practice.

A wheel rim problem has been identified as the cause of the two punctures Felipe Massa suffered in the first practice. Speaking to reporters after the second session Bottas revealed the same problem had been identified on his car.

“I think I had the same issue in the morning as well,” he said, “just more lucky I think”.

“But we think we have managed to find the problem, we think we have fixed it, but let’s investigate more what we got from second practice. There seems a bit of a problem with the rim’s clearance. but I think we are on top of that.”

Rim damage was visible on Massa’s left-rear wheel after his first tyre failure. “There’s something under the rim too close to the rim inside of the rim that can cause problems,” Bottas confirmed. “I can’t go more into detail.”

Bottas says he was reassured by his engineers they had identified the cause of the problem before he went back out.

“I had a good chat before the second practice with the engineers and they explained [to] me in detail what they found between the sessions,” he said. “I felt confident going in the car that they’d found the problem and if something happens then it happens so there’s no point figuring ahead of that.”

8 comments on “Bottas almost had same tyre failure as Massa”