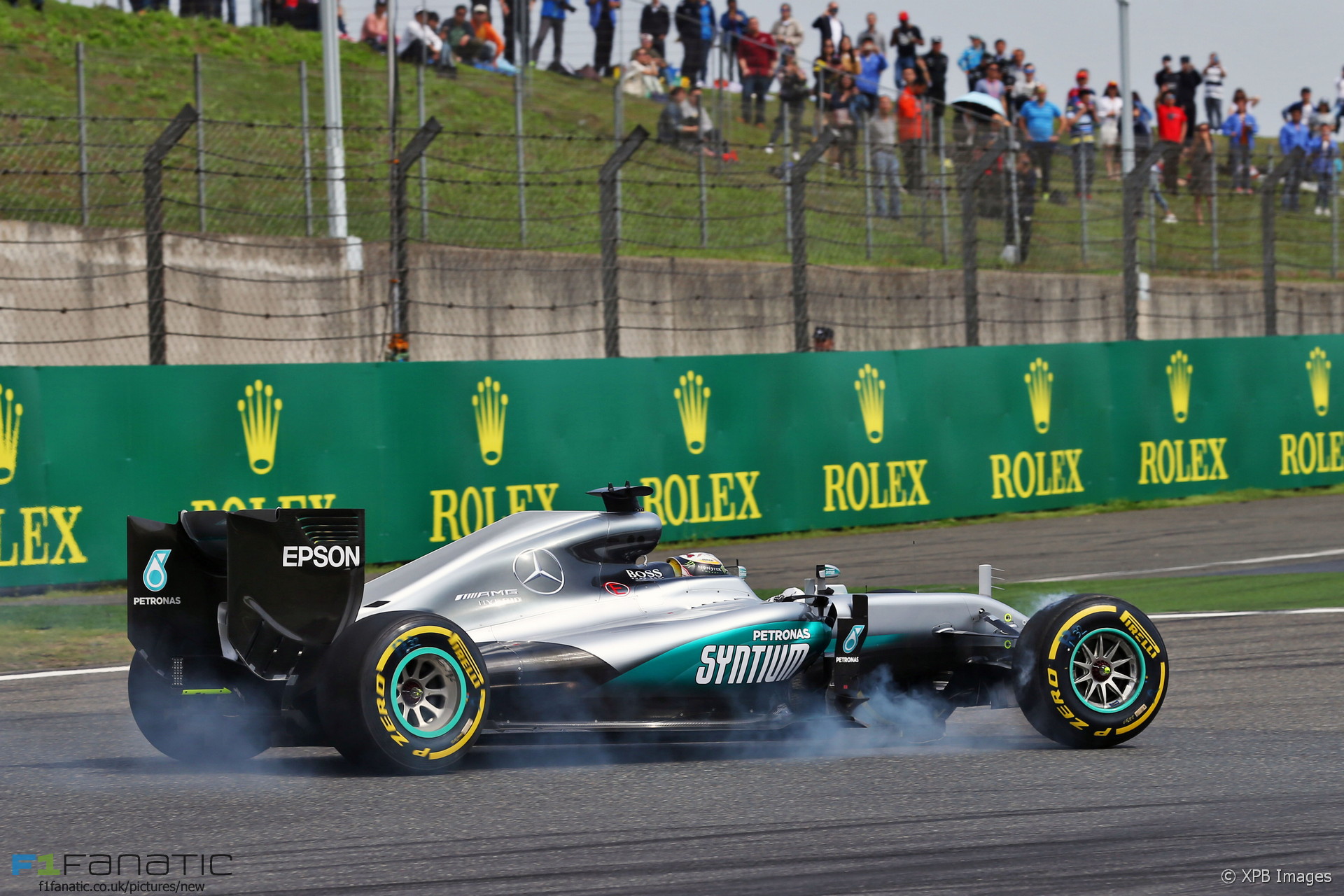 Lewis Hamilton says his seventh place in the Chinese Grand Prix was ‘not a great finish’ after an eventful race left him fighting back through the field with damage.

After starting from last, the reigning world champion was caught up in the first corner chaos that followed contact between Sebastian Vettel and Kimi Raikkonen’s Ferraris.

“It was a difficult one,” Hamilton said after the race. “I got a good start. It’s always difficult starting at the back and getting involved in certain things.

“I tried to avoid whatever was happening ahead of me but got tangled in it – of course – and after that was just trying to battle my way through.”

After contact with Felipe Nasr’s Sauber, Hamilton was forced to pit for a new front wing and says his Mercedes suffered from damage for the remainder of the race.

“The car was pretty damaged – I don’t know what. I’m sure it was some aero components. Suspension was damaged as well – car was flexing like crazy. It was like a four-poster bed today.”

Hamilton made five stops throughout the course of the race as Mercedes attempted to react to the frantic racing after the early safety car and ultimately had to settle for seventh place after proving unable to find a way past Felipe Massa’s Williams in the closing stages.

“It felt like every time I had to make a stop, I was having to come through again,” said Hamilton. “Wasn’t really gaining a lot of ground. At the end there was nothing left of the tyres. But anyway, that’s racing.

“Not a great finish for us this weekend, but hopefully onwards and upwards.”