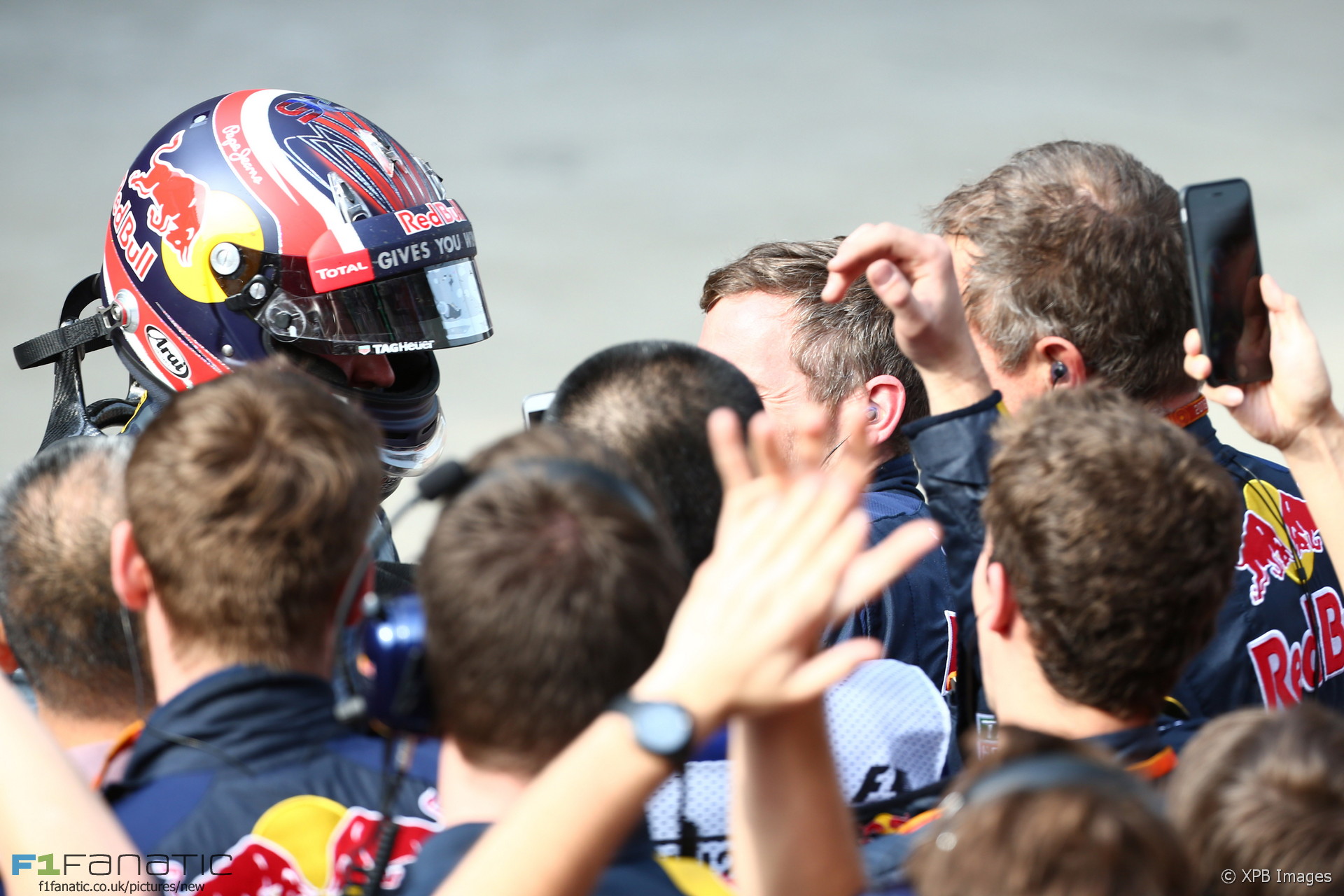 After securing the second podium of his career in China, Daniil Kvyat says that his daring overtaking move on Sebastian Vettel at the first turn ‘paid off with a podium’.

Kvyat took advantage of misfortune striking a number of rivals to finish in third after being passed by a recovering Vettel in the final third of the race.

“I really enjoyed the race today,” says Kvyat. “Our pace was very strong and to get this result at this track where we didn’t expect to be so strong is really great.

“The car is performing really well, the chassis is easy to drive and with further upgrades coming to the power unit, we should be in an even stronger position.”

The Red Bull driver ruffled Vettel’s feathers with the opening lap pass that saw the German collide with his Ferrari team mate, resulting in a heated post-race discussion before the podium ceremony.

“I think it was a fair move on Vettel,” explained Kvyat after the race. “I saw the gap and I went for it. We didn’t touch, unfortunately for him, Kimi was on his other side. For me it was a logical move and it paid off with a podium.”

The result follows a up-and-down start to the season for Kvyat, who struggled with disappointing qualifying results in the opening rounds.

“It’s a nice boost for our side of the garage after a couple of tricky races,” says Kvyat.

“It’s also good for the team to be consistently fighting for podiums this year. It’s very encouraging for the season. I’m a very happy man today and it’s nice to carry this feeling heading into my home grand prix in Russia.”

56 comments on “Kvyat: turn one move ‘paid off’ with podium”