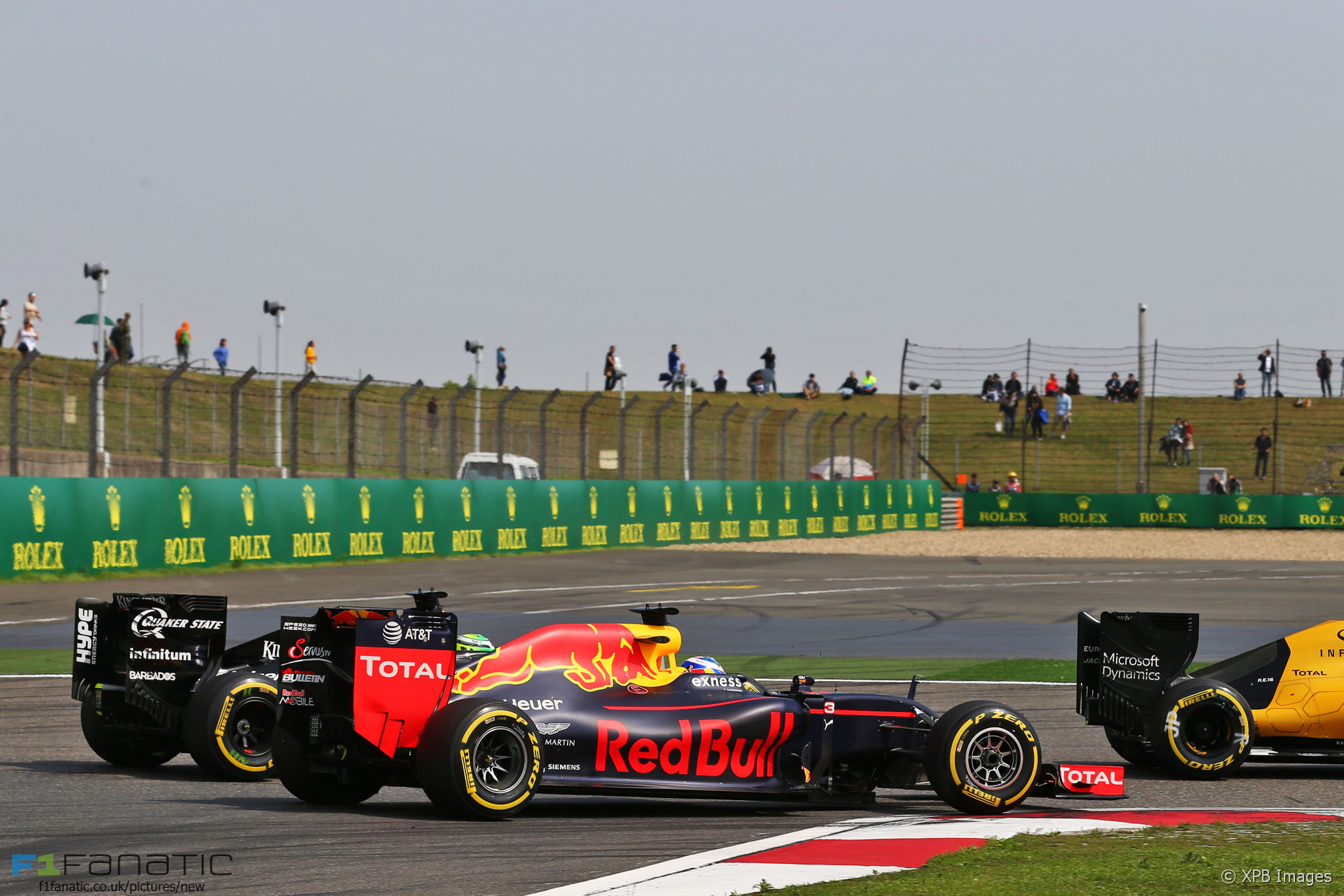 Red Bull’s Daniel Ricciardo says his comeback drive to fourth in the Chinese Grand Prix after an early tyre failure was ‘probably one of the best races of my life’.

Ricciardo led the opening laps of the race after leaping in front of Nico Rosberg’s Mercedes at the start. But a sudden left-rear tyre failure along the long back straight on lap four after an apparent puncture left him at the back of the field.

“I did see there were some incidents on the first lap,” says Ricciardo.

“Coming around the second lap, I remember there was a bit of debris here and there, but it didn’t seem like there was one big bit that I caught or anything, so let’s say it was still unexpected.

“But coming through turns 11 and 12 before the long back straight I could feel the rear starting to slide, so I came on the radio straight away and said ‘I think the rears are finished, the tyres are gone’. But it came really suddenly, so in the back of my mind I suspected something.

“As soon as I got on the straight, I could feel the tyre start to wobble and as I looked in the mirror the tyre went.”

The resulting safety car compromised Ricciardo’s afternoon further by allowing the rest of the field to pit for new tyres without as heavy time loss.

“The safety car put us even further back, so it was like a double whammy which felt like getting punched in the stomach by a heavyweight,” Ricciardo says.

After the race resumed, Ricciardo battled his way through the field, pulling off some skillful overtaking moves to cross the line a remarkable fourth.

“The second half of the race I did probably one of the best races of my life,” Ricciardo says.

“It’s really promising, for sure. Three races in and every weekend we’ve shown a strength at some point. It’s been a strength we didn’t feel like we’d have at this point of the year.

“It definitely feels more like 2014 where we do have potential. Obviously today I feel I would’ve been spraying champagne, but part of me is smiling inside ‘cause I know that can happen more times this year and it’s not going to be the last opportunity. I’ll keep fighting.”

40 comments on “Ricciardo: fourth place ‘one of the best races of my life’”