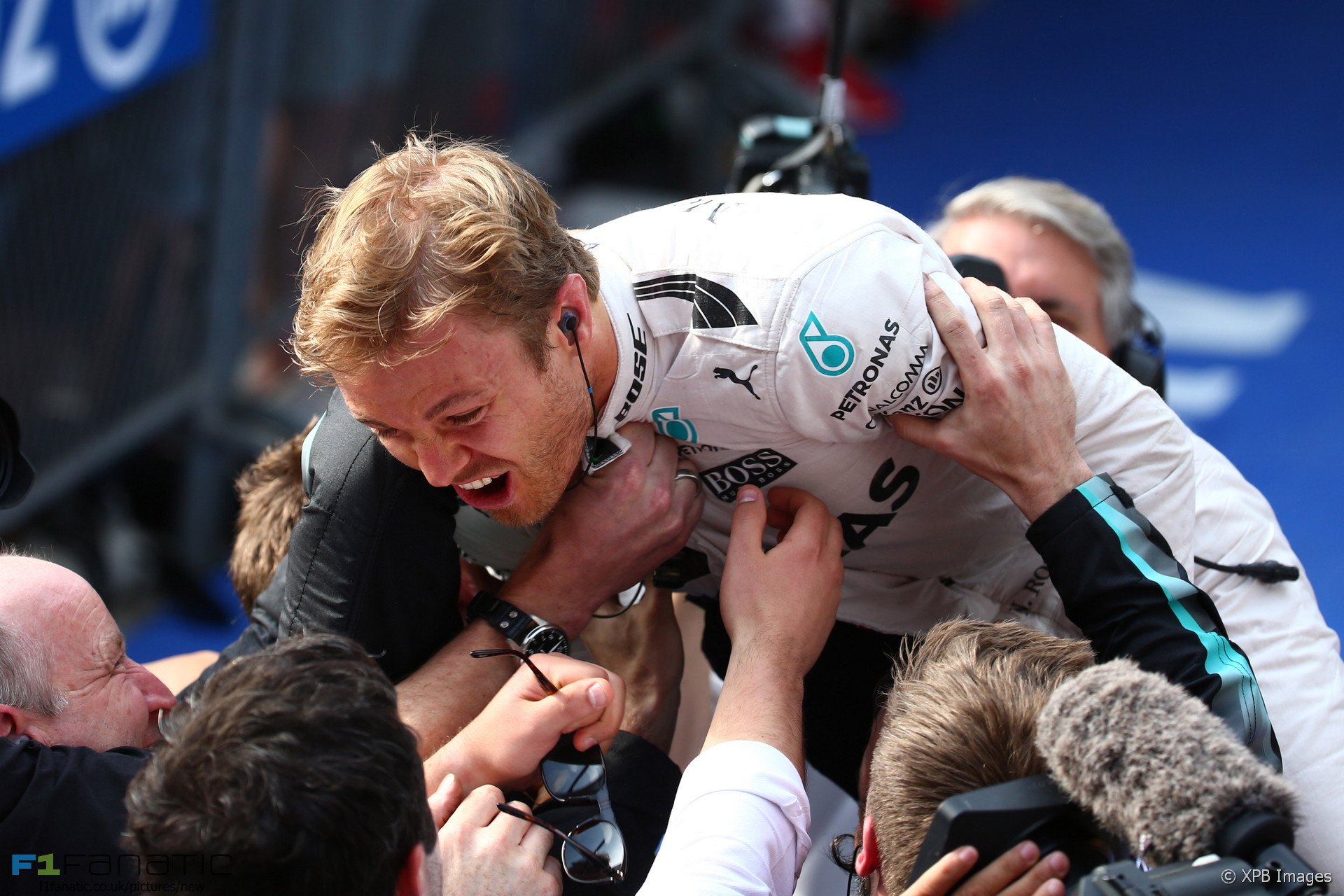 Nico Rosberg has described his Chinese Grand Prix weekend as ‘fantastic’ after securing his third win of the season and sixth consecutive victory.

Rosberg did not lead every lap after being passed by Daniel Ricciardo at the start, but took the lead on lap four after the Red Bull suffered a puncture and cruised to win by over half a minute.

“It’s been a fantastic few days for me here in China,” says Rosberg.

“Racing wise, it was an almost perfect weekend. Only the start could have been better – but luckily I was able to pass Daniel later on the straight and from then on I could build up a gap. I’ve never had a better balance in my car than I had today. It was really perfect, so a big thanks to everyone who helped me achieve that.”

With Lewis Hamilton only able to recover to seventh, Rosberg now enjoys a healthy 39 point lead in the driver’s championship over his team mate.

“After three races I can be really pleased about how my season has gone so far,” says Rosberg.

“But it’s a very long year ahead and there’s a lot of points still on the table, so I’m not losing my focus. Now I look forward to Russia, where I started my good run of qualifying results last year. Hopefully I can get on a nice run like that again.”