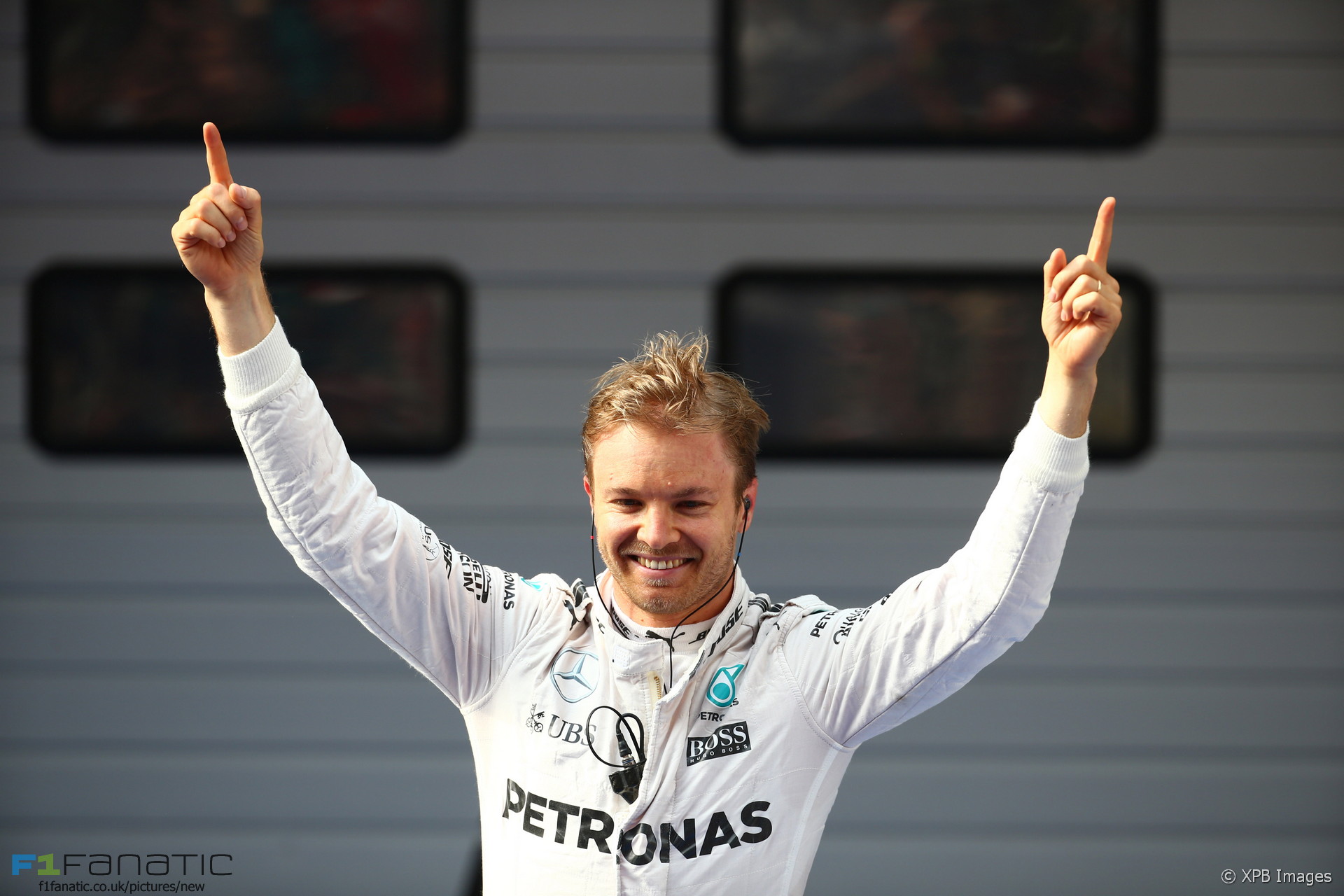 Nico Rosberg extended his perfect start to the 2016 season by comfortably winning the Chinese Grand Prix ahead of Sebastian Vettel and Daniil Kvyat.

The Mercedes driver crossed the line more than half a minute ahead to take his sixth consecutive victory and extend his championship lead to 36 points over Lewis Hamilton, who finished seventh.

A chaotic start saw Daniel Ricciardo leap into the lead off the line ahead of Rosberg but there was contact between the two Ferraris in the long first turn with Vettel running into Kimi Raikkonen after Daniil Kvyat’s Red Bull charged down the inside of the Ferraris.

This started a chain reaction with cars swerving to avoid the recovering Ferraris, with Hamilton collection Felipe Nasr’s Sauber, leaving Raikkonen and Hamilton to recover to the pits with no front wings.

Ricciardo’s lead was short lived, as the Red Bull driver suffered a sudden left-rear tyre failure along the back straight on lap four, gifting Rosberg the lead and bringing out the Safety Car for debris.

When the race resumed, Rosberg disappeared into the distance to cruise to an easy win, while Vettel, Hamilton, Ricciardo and Raikkonen all began to charge back through the field.

Despite a broken front wing, Vettel scythed his way up the ranks, finally relieving Kvyat for second in the later stages. Daniel Ricciardo also recovered to fourth, with Raikkonen also made his way up to fifth.

After changing his strategy multiple times, Lewis Hamilton struggled to pass Felipe Massa’s Williams and ended up crossing the line in seventh.

Remarkably, despite all the contact, there were no retirements in the race.