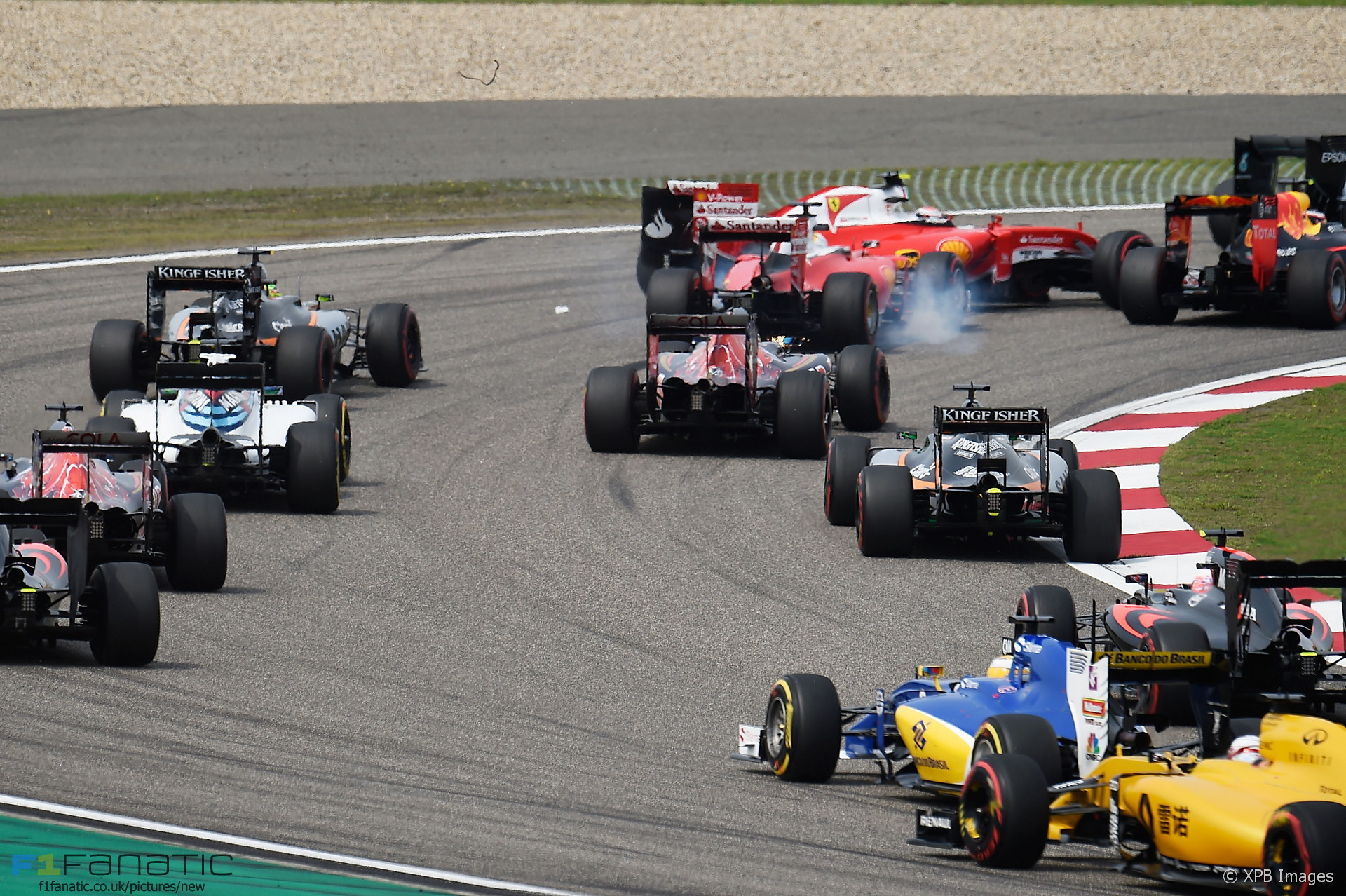 Sebastian Vettel described Daniil Kvyat’s move into turn one that resulted in contact between the two Ferrari drivers as “like a torpedo” and “a bit crazy”.

The Red Bull driver dived to the inside of Vettel in the long right-hander, but did not appear to touch the Ferrari driver before Vettel drifted into Kimi Raikkonen, who was on the outside line.

After the race, Vettel confronted Kvyat in the podium green room about the incident. There was no investigation by the stewards for the incident.

The following is a full transcript of the pre-podium discussion.

VETTEL: I’m asking what happened at the start? If I don’t go to the left, you crash into us all all three of us go out.

VETTEL: No, no ‘well’. You came like a torpedo.

VETTEL: Yeah, racing. But if I keep going the same line, we crash.

VETTEL: Yeah, but there was a car on the left, also.

KVYAT: Yeah, but it’s not like I can see all the three cars, man. Come on. I have only two eyes. Two cars.

VETTEL: Well you need to choose. We crash if you do that.

VETTEL: YOU didn’t… Yeah, that was racing, but you need to expect that when you attack a bit crazy, you can damage the car. You were lucky this time. The damage was to Kimi.