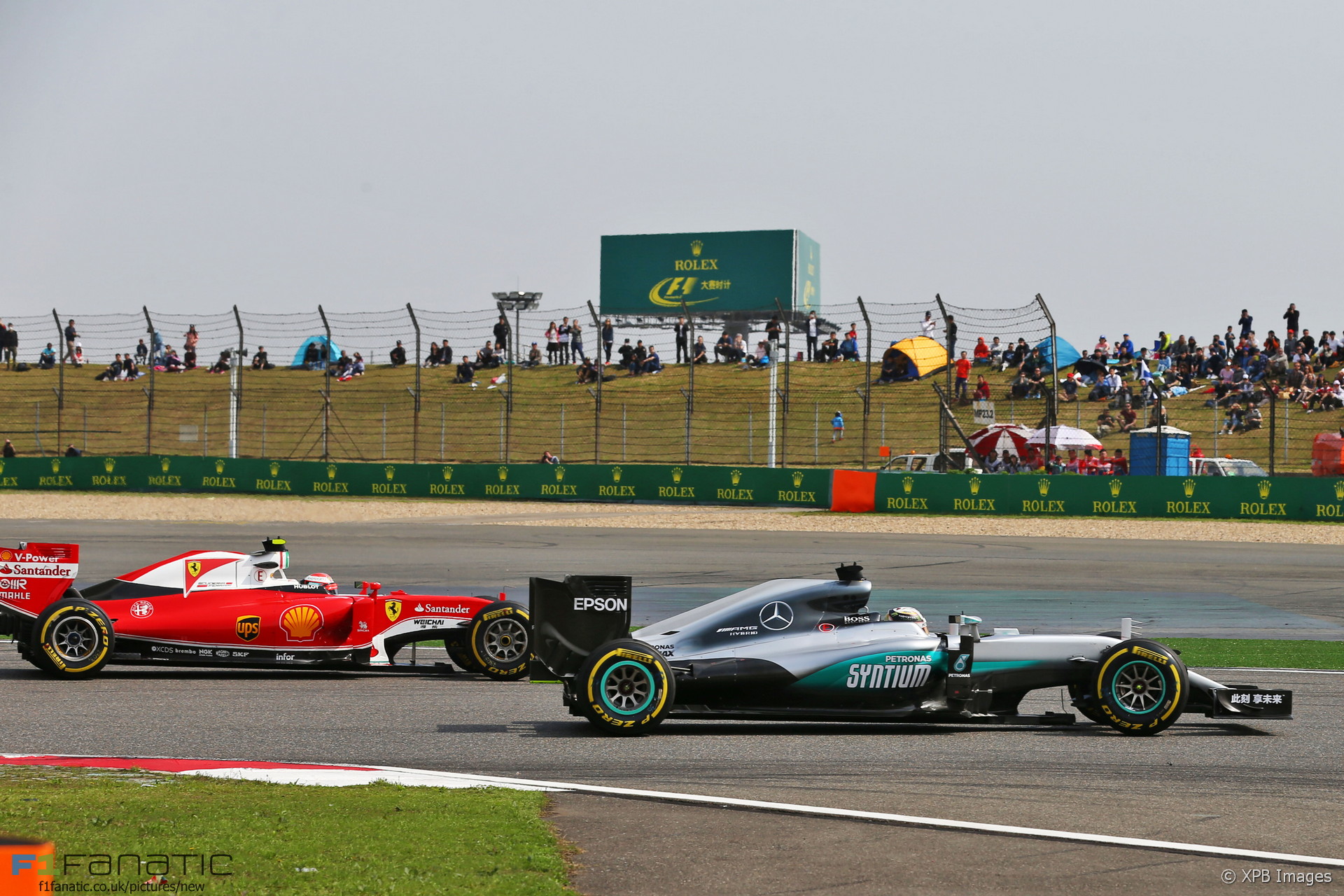 In the round-up: Toto Wolff says that Mercedes still believe that Ferrari have the potential to challenge them at the front this season.

"If you consider where they were at the end of lap one and they ended second and fourth, this must be a satisfying result for them. There very much a competitor."

"I look forward to the battle though, that's what I'm here for. He's the benchmark."

"The pitlane should be a safe place, not a place to race and create chaos."

"The driver lacked experience and won't do it again, but it must be emphasised this is not a normal run-off area and the risk was low. Unacceptable nonetheless."

"Rosberg will have to defy history to lose this championship from here. The nine previous times a driver has won the first three races of the season, they have been crowned at the end of the year."

Great bday cake and good effort from our chef Jon ! Hopefully some will be left for after the #ChineseGP #yummy #r8g pic.twitter.com/ZYBKyT1Tyv

It feels mega to be back on the F1 podium! Thank you all for support ;) Excellent job by the whole team. pic.twitter.com/WOlrVGEMJY

Tore shit up today. Literally was driving too fast for the tyre 😄

We all worked hard for it , and the best is yet to come ;) #redbullfamily pic.twitter.com/bMp40TyOwF

Why does everybody keep saying that Rosberg’s recent streak of race successes is due to ‘luck’?

During his tenure with Mercedes he has shown to be a skilful driver and has combined that with great raw qualifying speed. He has never hung his head and submitted himself as “only a nr.2 driver”, even though he had to cope with Schumacher first and, now, Hamilton as his teammates AND even though he has lost 2 consecutive championships to a superior Hamilton. I mean the guy has won 6 consecutive races now! What more can you ask from a guy who has been vilified by most of the die-hard Hamilton fan-base for being too slow, too weak and not a capable driver.

Yes, he has had things going his way recently, but don’t forget that he didn’t start the first 2 races from pole position, he didn’t botch up his starts (although his China start wasn’t great) enough to get himself into trouble and he is just keeping he’s cool at the moment.

I say: Go Rosberg, keep your focus, make your father proud and keep on streaking. The racing is good enough behind you to keep the masses entertained for a while. kudos!
@gdewilde

Happy birthday to Alan and Consi!

Happy birthday to Anthony Davidson who is 37 today.

Also on this day 45 years ago Tyrrell, who had previously raced customer cars, scored their first victory as a full constructor, in the 1971 Spanish Grand Prix.

69 comments on “Ferrari still a threat to Mercedes – Wolff”