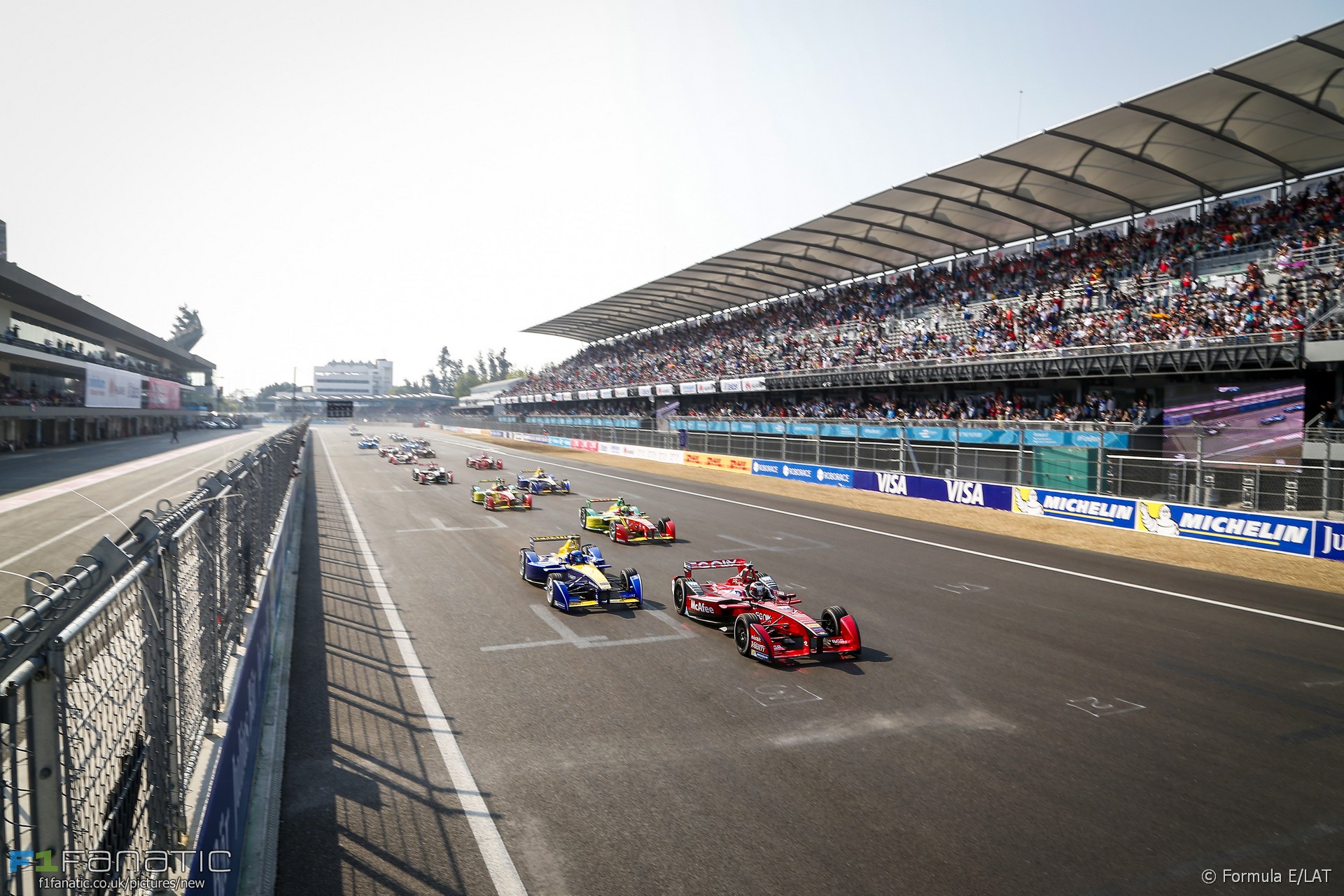 Bernie Ecclestone says he does not considered all-electric racing series Formula E a serious competitor to Formula One.

The championship, currently mid-way through its second season, features a large number of ex-Formula One drivers. It has also attracted involvement from car manufacturers including Renault, Citroen and Jaguar.

However speaking at the Advertising Week Europe 2016 conference Ecclestone said he doubts “the world will be all-electric, with cars” in the future.

Asked if he regretted not getting involved in Formula E when he was approached by them. Ecclestone said “not at all”.

“I think the people that are involved in there have more or less got the same feelings as me now,” he added.

“It’s not that I’m concerned that they’re competitive as far as Formula One’s concerned. But I don’t particularly see what it does that all the other junior formulas can do. Also make a bit of a noise.”

Ecclestone also reiterated his view that F1’s move towards hybrid power units had been a mistake.

“This power unit we have is an incredible piece of engineering,” he said. “It really is.”

“But I’ve said for a long, long time it isn’t what we need in Formula One because in the end we’re in showbusiness. If that engine developed all the technical advantages for the road cars there is another championship called the World Saloon [Touring] Car Championship, and that’s where it should be, not in Formula One.”

40 comments on “Formula E not a threat to F1 – Ecclestone”