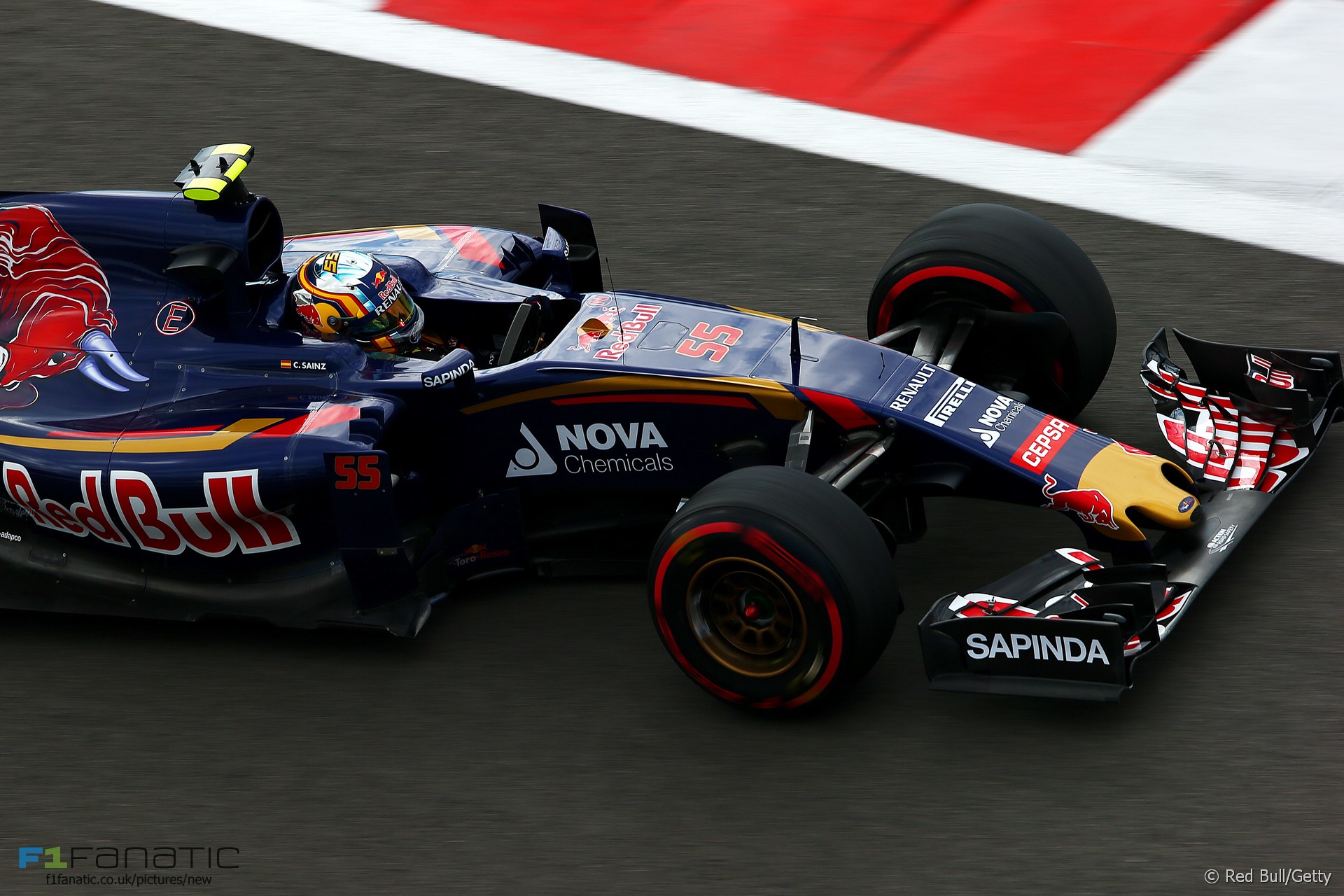 Changes have been made to the run-off at the Sochi Autodrom at the scene of Carlos Sainz Jnr’s high-speed crash during last year’s race weekend.

The Toro Rosso driver made heavy contact with the barriers at turn 13 during the final practice session. His car penetrated multiple rows of TecPro barrier and damaged the guard rail behind them.

For the coming race weekend this guardrail has been placed by further wall blocks, according to the FIA. The areas where the TecPro barriers are positioned have also been laid with asphalt. A similar change has been made at turn two where the barriers face the circuit straight-on.

A further revision has been made at the exit of turn two in order to discourage drivers from cutting the corner. Artificial grass has been placed at the run off as well as a 25mm negative kerb.

Another new kerb has been added at the apex of turn 16 – the corner which Fernando Alonso received a five-second penalty for cutting during last year’s race. The new kerb is 50mm higher than the previous one.

Following the wet conditions experienced during practice last year, further changes have been made to improve drainage at turn one by repositioning some of the walls and openings.