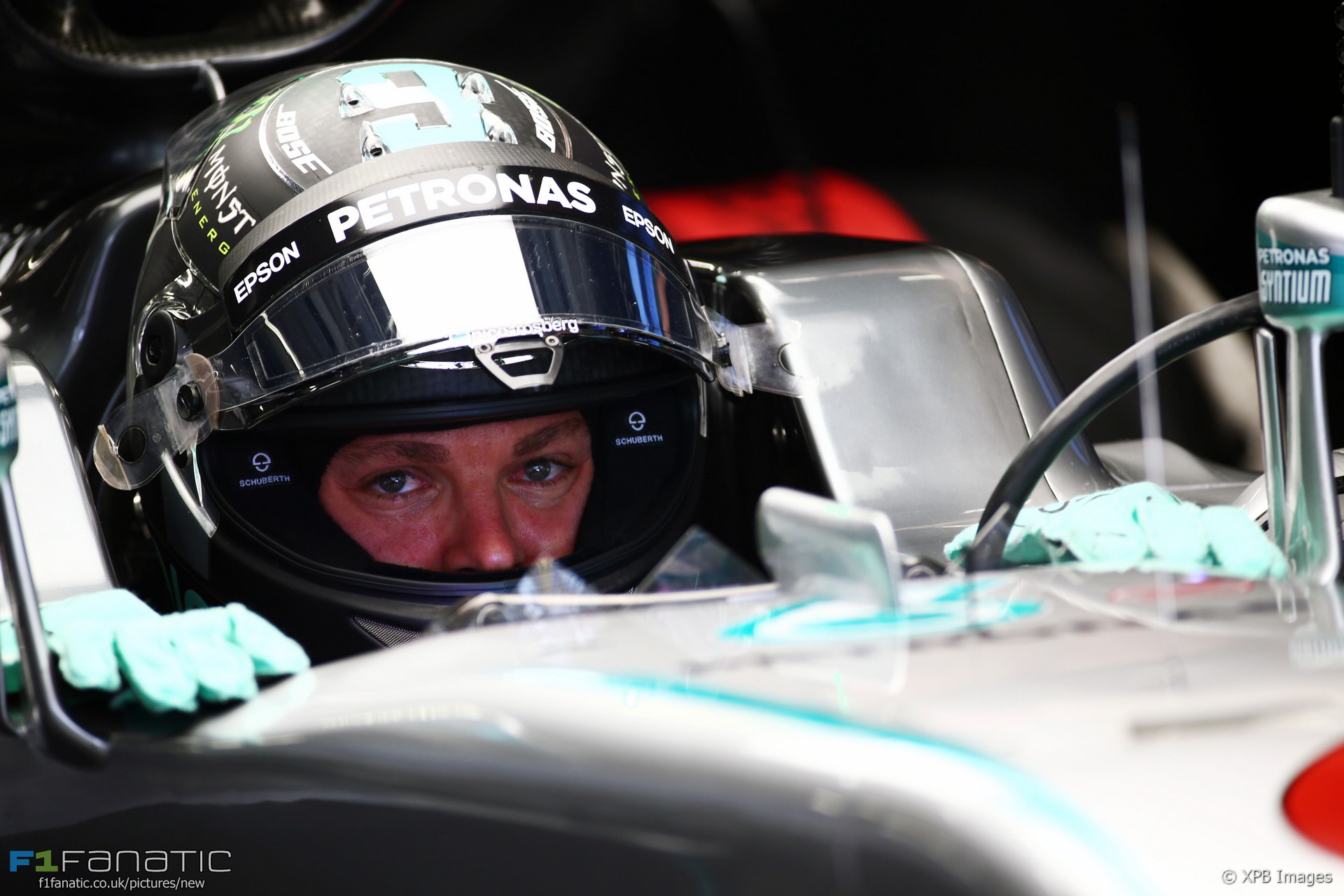 Will Nico Rosberg make it seven wins in a row this weekend? Are Ferrari finally going to take the fight to Mercedes – or will they be too busy fending off the resurgent Red Bulls?

Here’s how the teams and drives line up for round four of the championship in Russia.

Surely this will be the weekend Lewis Hamilton stops the rot? Sochi has been kind to him on his two previous visits: Rosberg took himself out of contention in 2014 and a power unit fault accounted for him last year.

For Rosberg, an unproven aspect of his championship credentials is whether he can out-qualify Hamilton in a straight fight. If he can do that on Saturday, he’ll be well-placed to score an extraordinary seventh consecutive win on Sunday.

The 2016 season began brightly for Ferrari with that combative first stint in Melbourne, but things have not looked as positive since then. This weekend will be an important test of how much they have shrunk the gap to Mercedes at a venue which tests all-round power unit performance.

The SF16-H is in line for a performance boost this weekend with revised front wings for both drivers and a power unit upgrade. But reliability had been its key weakness prior to China. Curiously, they’ve opted for two more sets of soft tyres than Mercedes.

Based on the opening three rounds Williams face a massive fight to retain their third place in the constructors’ championship this year.

Valtteri Bottas has shown good pace at Sochi in F1’s two previous visits. A rash move by Kimi Raikkonen last year was all that stopped him from being on the podium for the second year running.

With ten sets of super-soft tyres per driver – more than any team bar Haas, which has the same – Red Bull clearly believe the softest compound will be a feasible option for the race. This could make their contest with Ferrari especially intriguing, as the red cars have four more sets of the softs.

Daniel Ricciardo is in great form at the moment. A front-row start in China and fight back to fourth after an early puncture was just the most obvious of what has been three excellent weekends for him thus far in 2016.

The team which has an average qualifying position of 10.3, with five out of six qualifying attempts resulting in top ten positions, is averaging 12.8 at the chequered flag on Sundays. The VJM09 is clearly capable of much more than the single points finish it has achieved so far.

Sochi, where Sergio Perez took the team’s only podium finish last year, could be just the place to turn things around. “I think we can be competitive this weekend,” says Perez. “We didn’t get things right in China and just missed out on points, so we need to concentrate on improving our race pace.”

It’s been nip-and-tuck between the two Toro Rosso drivers in qualifying so far. And the team has made good on its goal of hitting the ground running, scoring points every time one of its cars has seen the chequered flag.

Max Verstappen qualified strongly last year and despite a first-lap puncture still brought his car home in the points. Keep an eye out for another characteristically feisty drive from him.

With no points on the board so far, is now really the time to bench your top driver for the opening practice session in favour of a junior driver?

Sergey Sirotkin is certainly a promising talent – he finished third in his first season of GP2 last year. But turfing Kevin Magnussen out of the car to give him a run feels like something this team would have done its former incarnation as a cash-strapped independent, not a full factory squad. Particularly when Magnussen had no significant dry-weather practice time in China following the car’s suspension failure, which left the team short of dry track set-up data.

Shanghai exposed the shortcomings of the Renault RS16 but Sochi should be more forgiving, according to technical director Bob Bell. “It’s probably not the most difficult circuit for us relative to our car’s current performance,” he said, “so a respectable job should be possible”.

Two eleventh places in the opening rounds suggests a ‘respectable job’ could mean a points finish if they have a trouble-free weekend. But the yellow cars will probably need a few things to land in their favour for that to happen.

Sauber’s situation seems reasonable on one side of the garage, desperate on the other. Felipe Nasr is clearly very unhappy with his car and suspects a difference between the team’s two chassis.

Marcus Ericsson has been plugging away, but a peak of two 15th places in qualifying for him suggests there’s not an awful lot more performance in the C35 which Nasr is missing.

McLaren have passed Q1 at every race so far. Last year this was one of few venues which the team scored points at, so with the much-improved MP4-31 the top ten will surely be the goal.

“We knew China would be a tricky circuit for us over a race distance and we struggled for pace with our tyres towards the end,” says Jenson Button. “Hopefully Sochi will be an easier race to manage tyre-wise.”

Rio Haryanto has the advantage of track knowledge over team mate Pascal Wehrlein this weekend as he’s raced at Sochi four times already in GP2. This is the first weekend where Manor have reserve driver Alexander Rossi on-hand to bring the benefit of his experience of driving for the team.

Sochi is a venue where the strength of the Mercedes power unit should count more than any shortcomings in the MRT-05 chassis. As the only team to have voluntarily chosen a set of medium tyres this weekend, they must be hoping to get a lot of testing done.

Esteban Gutierrez believes the car’s handling characteristics will make life easier for them this weekend. “In China, the main limitation was the front axle, and the front left tyre was very sensitive,” he said. “Russia is totally the opposite – it’s actually the rear tyres that are the limitation, and at the same time, it’s a very low degradation track.”

“I think our car has been pretty reasonable in tyre degradation, so we can look forward to a positive weekend in Russia.”

If you’re heading to Russia for this weekend’s race, we want to hear from you.