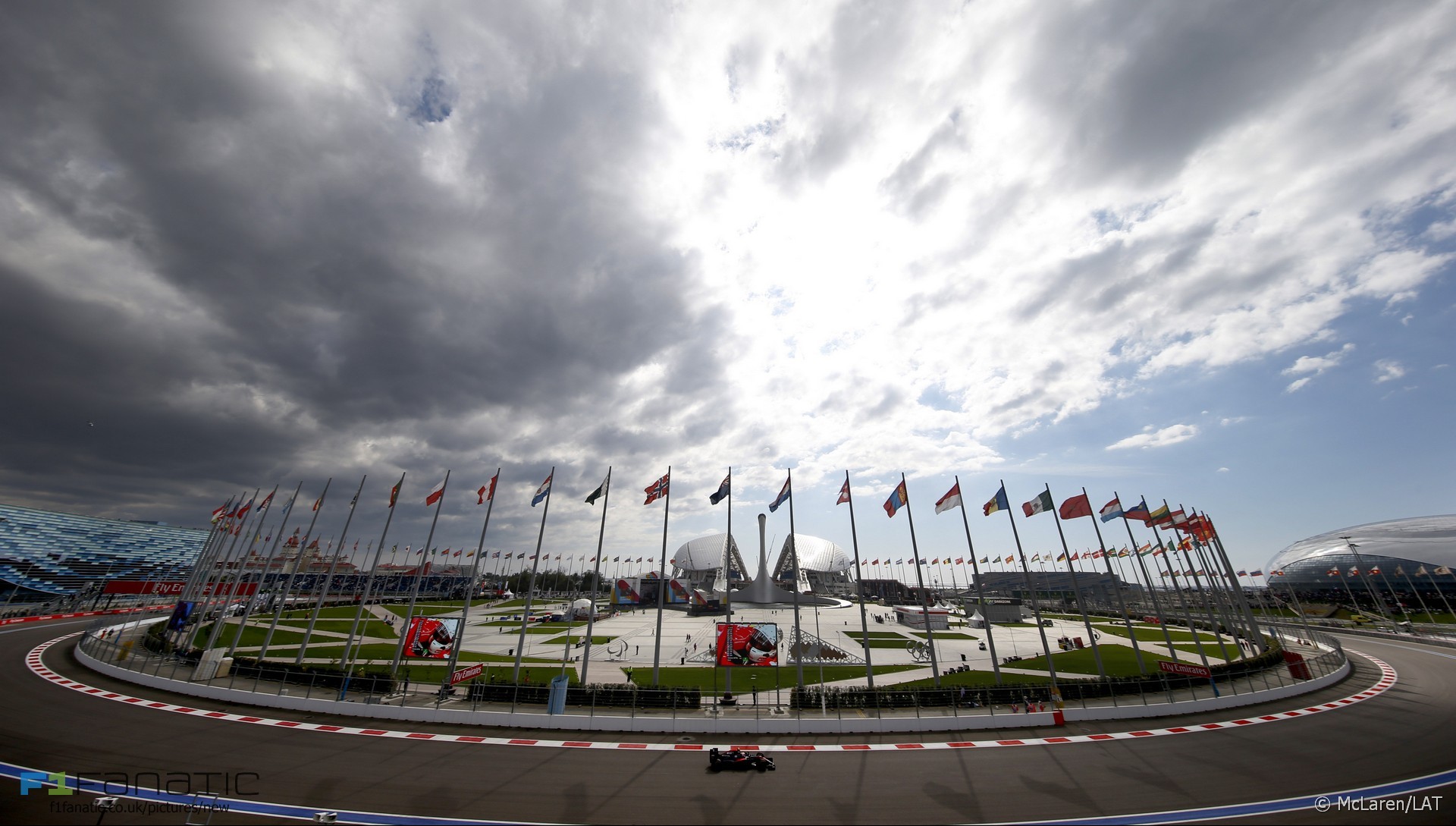 The Russian Grand Prix’s move from October to April means cooler conditions are expected for Formula One’s third race at the Sochi Autodrom.

Average temperatures in April are as much as 5C lower than they are in October. The upcoming race weekend is expected to see peaks of around 17-18C across all three days.

The nearby ski resorts will get a dusting of snow over the next 24 hours arriving from the east, but that won’t make it all the way to the track. However cloud cover will persist for much of the weekend, with only the end of the race expected to see some sunshine.

That will also contribute to keeping the asphalt cool. Track temperatures hit a peak of 27C during last year’s race.

Some forecasts point to a slight chance of rain at midday on Saturday and Sunday. But the FIA’s official weather forecaster UBIMET rates the chance of precipitation as “low”, indicating there won’t be a repeat of the rain which hit practice last year.

See the location of every race on the 2016 F1 calendar here:

11 comments on “Cooler but dry weather for Russian Grand Prix”