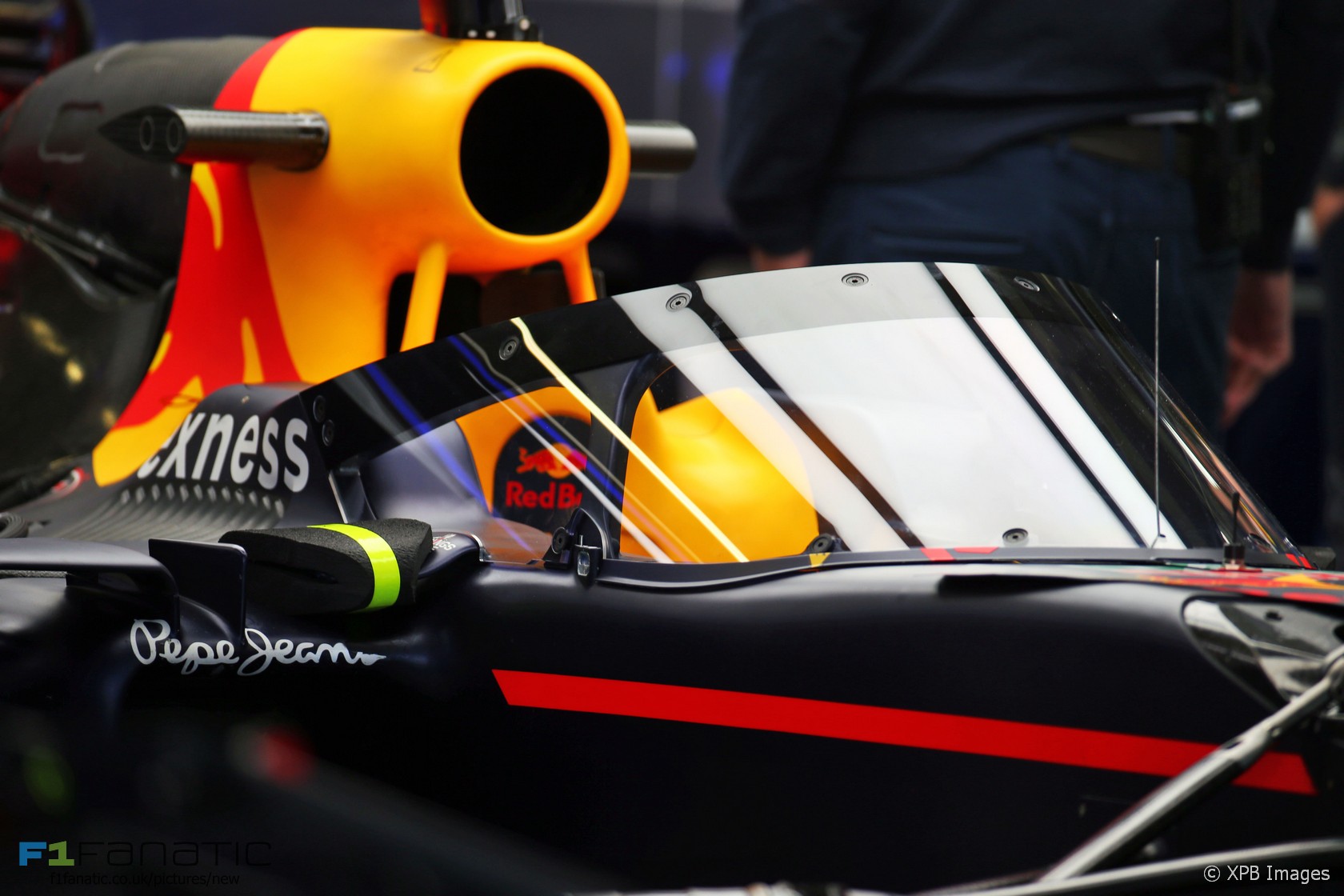 The first pictures of Red Bull’s canopy design, which they call the ‘Aeroscreen’, have appeared at the Russian Grand Prix weekend.

Red Bull will run the canopy during first practice tomorrow.