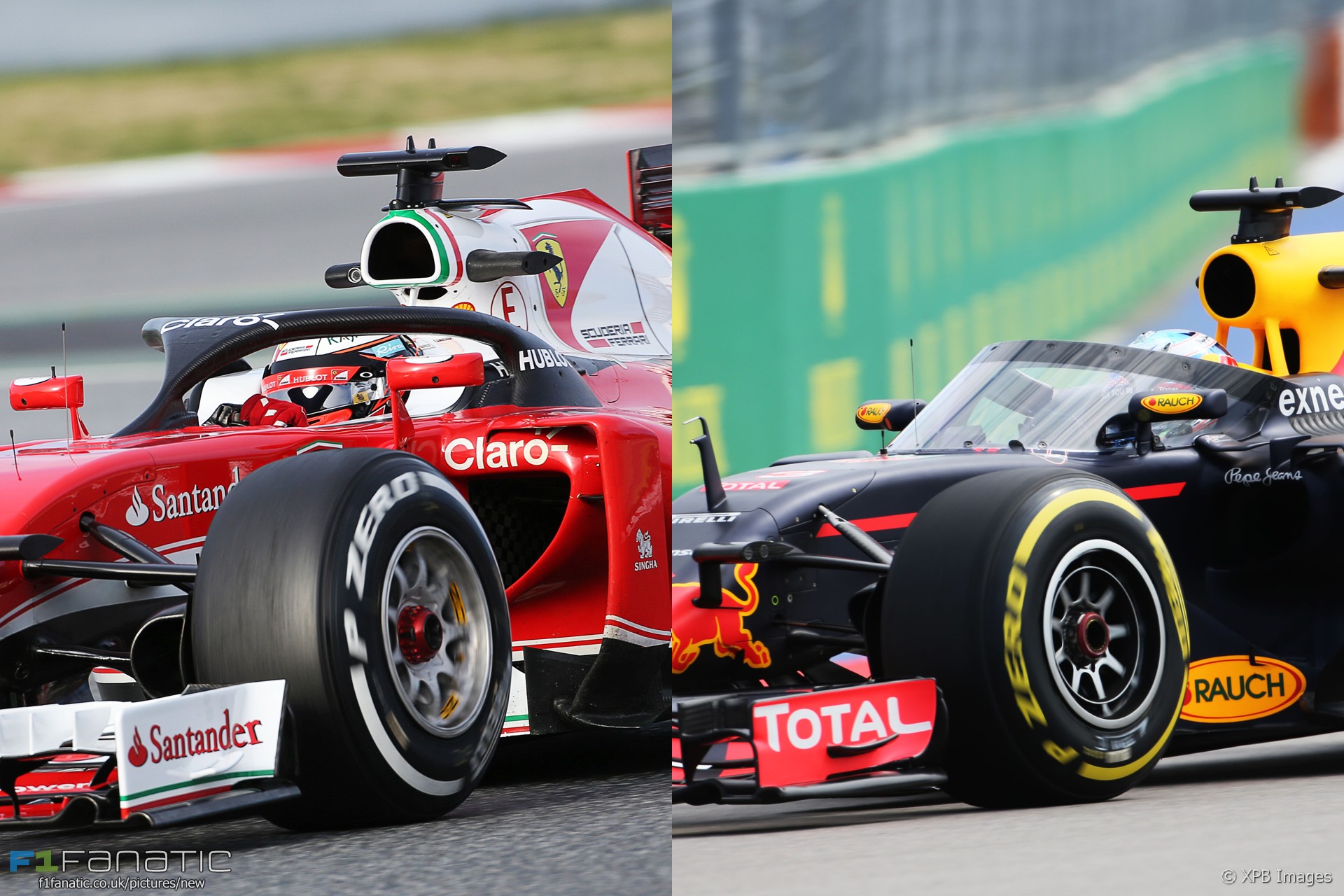 The two competing solutions for improved F1 cockpit safety – the Aeroscreen and Halo – have now both appeared on the track.

Red Bull’s Aeroscreen appeared for the first time today during practice for the Russian Grand Prix. The Halo, which was originally proposed by Mercedes, was run by Ferrari during pre-season testing at the Circuit de Catalunya at the beginning of last month.

The structures are intended to protect drivers from being hit by debris during races. They have been developed in response to fatal accidents involving former F1 driver Justin Wilson, who was struck by a nose assembly in an IndyCar race last year, and Henry Surtees, who was hit by a wheel in a Formula Two race in 2009.

As the name suggests the Aeroscreen, unlike the Halo, features a windscreen. This potentially offers further protection to the drivers but adds further complications to installing it on a car in terms of how it affects airflow around the cockpit and into the airbox. It also remains to be seen how easily the screen could be cleared of rain, oil or tyre marbles.

Both solutions have been subjected to real-world tests which include having wheels and tyres fired at them to assess their performance.

The FIA has indicated a desire to introduce one form of increased cockpit protection in 2017. With next year’s technical rules due to be decided in the next few days, one of these solutions is set to become the new look of Formula One.

87 comments on “Side-by-side: Compare the Halo with Red Bull’s Aeroscreen”