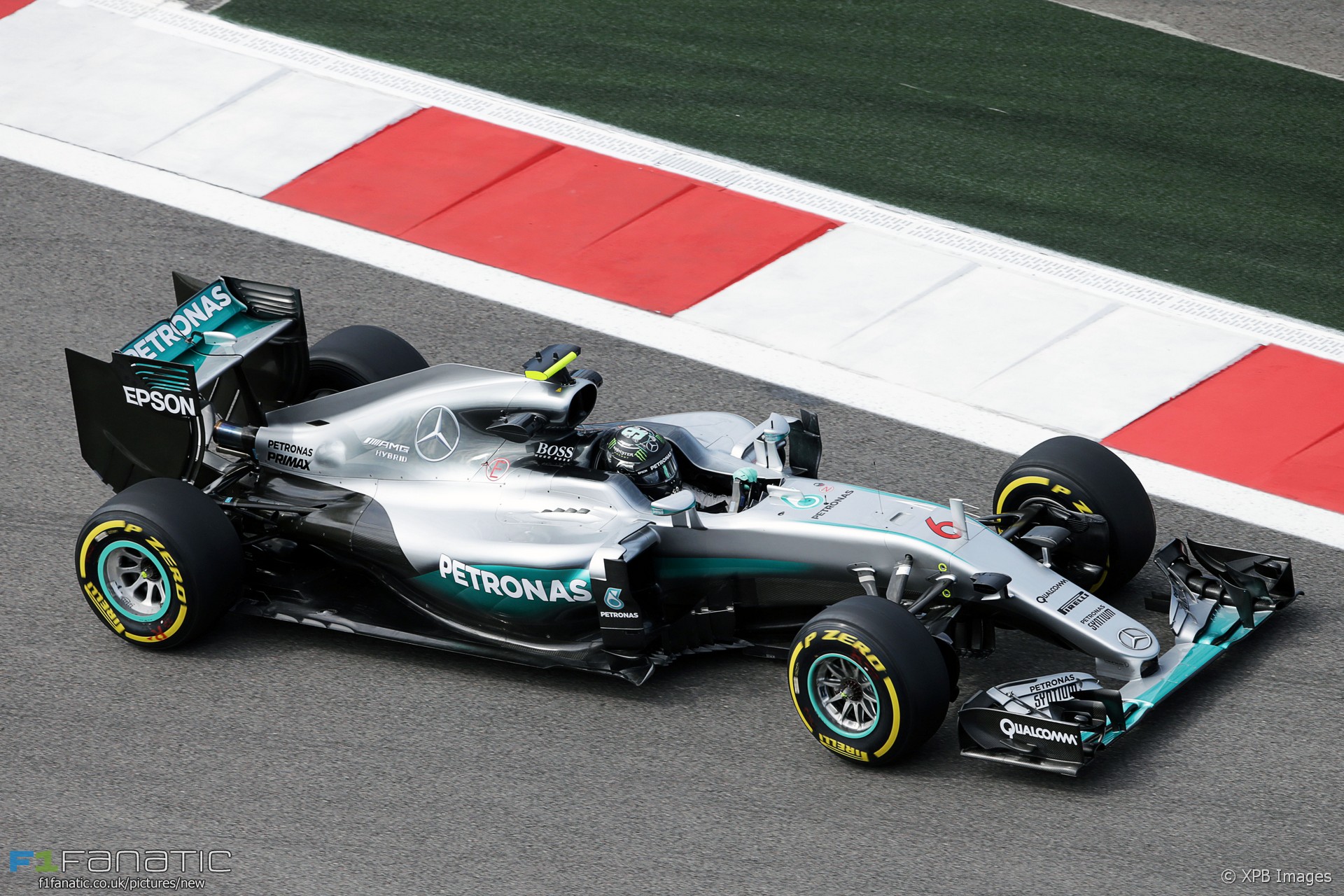 With the two Mercedes drivers exchanging record-breaking lap times, the scene was set for a dramatic conclusion to qualifying for the Russian Grand Prix.

However another power unit problem for Lewis Hamilton prevented him from taking part in the final phase of qualifying – and guaranteed another pole position for Nico Rosberg.

The Mercedes pair picked up where they left off from final practice as qualifying began, swapping fastest times with each lap on the super-soft tyres. Hamilton seized the early initiative, lowering the track record to a 1’36.006, leaving him a tenth of a second ahead of Rosberg.

However he also fell foul of the stewards. During the sessions it emerged he was being investigated for failing to respect the new rules regarding the run-off area at turn two.

Sebastian Vettel got closest to the pair of them but was still around half a second off in the Ferrari, followed by team mate Kimi Raikkonen.

Both Haas drivers claimed places in Q2, Romain Grosjean pulling out a quick run with his final effort to move out of the drop zone. That put pressure on Felipe Nasr, and the Sauber driver missed the cut after running wide at the final corner. However, in a reversal of their recent fortunes, he was half a second faster than his team mate who lined up last behind the two Manors.

Rosberg produced a stunning lap in the second phase of qualifying, leaving Hamilton almost half a second behind and moving the benchmark time to a 1’35.337 – 1.7s faster than his pole position time set just six months ago.

The two McLaren drivers lapped within the top ten times early in Q2 but with Ferrari and Williams leaving their runs until last it always seemed likely the MP4-31s would struggle to hold onto their top ten positions. And so it proved: Button slipped to 12th and Alonso 14th.

The only home driver on the grid was the last one to claim a place in the top ten. Daniil Kvyat pipped Carlos Sainz Jnr with his last run to claim a spot in Q3. Team mate Daniel Ricciardo accompanied him despite having to cope with a broke wing mirror flapping around as he set his final time.

As Q3 began it quickly transpired Hamilton would not be taking part. With no pressure on him, Rosberg duly took pole position despite locking up at turn 13 and spoiling his final run.

With Vettel already facing a penalty for a gearbox change the contest to join Rosberg on the front row was between Kimi Raikkonen and the Williams drivers.

Valtteri Bottas took third place from Raikkonen initially, and held on to the position as the Ferrari driver had a scruffy end to his final lap. Vettel and Bottas both out-qualified their team mates by half a second.

Sergio Perez split the two Red Bull drivers and will line up sixth on the grid after Vettel’s penalty. Max Verstappen was last of those to set a time, with just a disappointed Hamilton behind him on the Q3 times sheet.