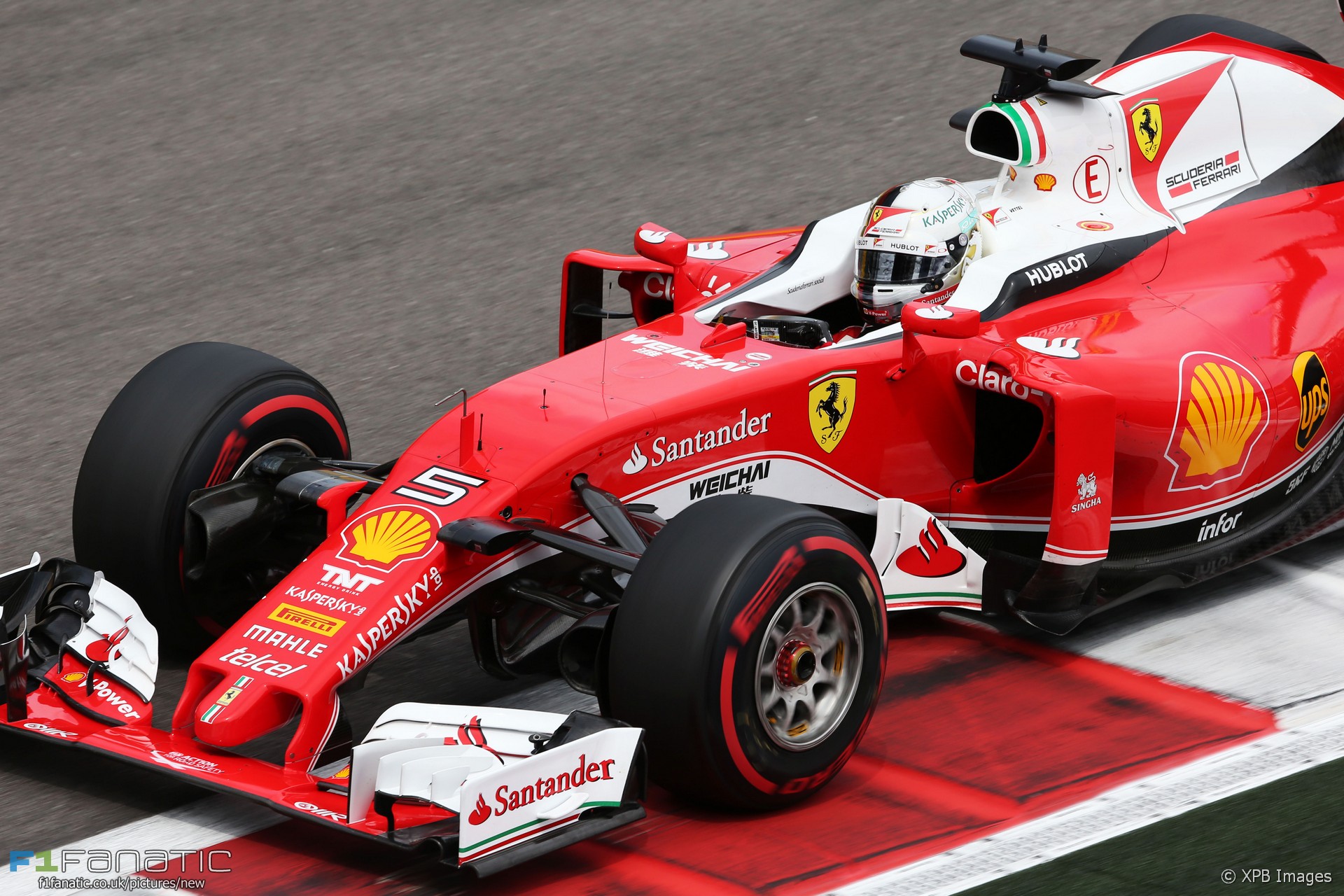 Sebastian Vettel still believes Ferrari will have strong race pace despite being comfortably beaten by the Mercedes in qualifying.

Vettel was seven-tenths of a second slower than Rosberg in qualifying and will be moved back from second to seventh on the grid because of a gearbox change penalty.

However he denied Ferrari’s continued problems have become a source of frustration. “I’m not frustrated at all,” he said.

“Obviously it’s not nice if these things happen because they don’t make your life easier. But equally it’s part of racing, these things can happen. They didn’t happen on purpose, they weren’t planned, but I think we are pushing very hard, trying to catch up.”

“Which I think, especially in race pace we’ve proven already this year – obviously we didn’t have a properly clean race yet – but maybe we’ll have tomorrow, you never know. It’s a long race, it’s a long way, especially around here, there’s a lot of things that can happen.”

Vettel believes the team have got the most out of the car despite his stoppage during second practice yesterday. “I think from us it was the maximum,” he said.

“Obviously we benefit I think from what happened to Lewis. I’m not sure exactly what it was but it allowed us to go P2 which helps tomorrow with the penalty. We are a bit closer, starting on the clean side of the track. I think we can have a good race from there, should be quite exciting.”

“The car feels good and all weekend has been quite strong. Obviously we lost some time but I think we’ve made it up this morning.”