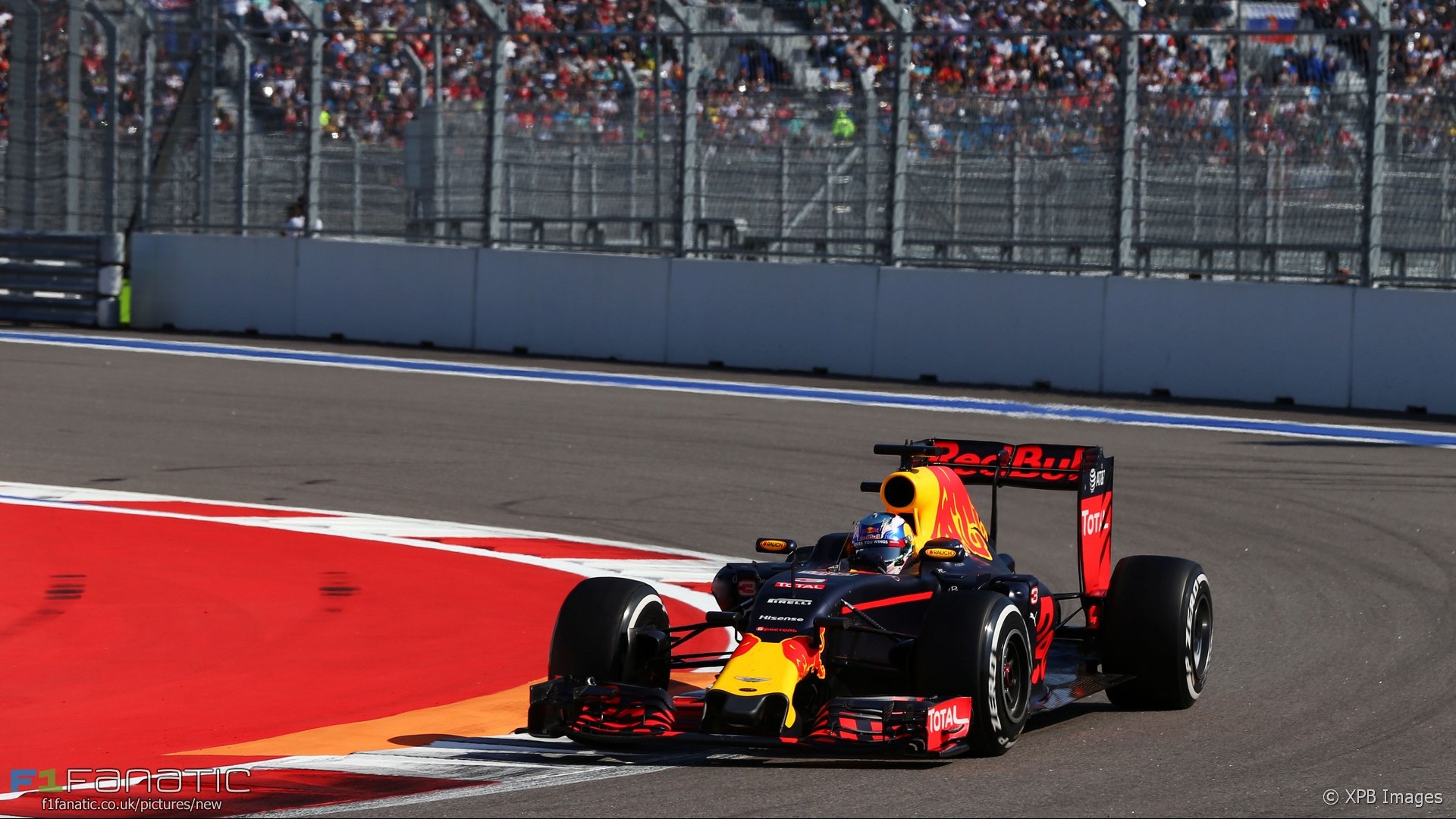 As expected there was little variety among the teams’ tactic for the Russian Grand Prix.

A one-stop strategy starting one super-softs and switching to softs was the preferred approach for all the drivers who finished inside the top ten. The only ones to deviate from this were Felipe Massa, who had the benefit of a free pit stop at the end of the race, and Sergio Perez, who picked up a puncture at the start.

Massa’s first visit to the pits was the quickest of the race as Williams again demonstrated their greatly improved pit stop performance.

The first-lap carnage forced Perez, Esteban Gutierrez and both Red Bull drivers into the pits for repairs and fresh rubber. Red Bull decided to emulate Nico Rosberg’s tactics of 2014 in trying to run to the end of the race on Pirelli’s medium tyres – a surprising decision given they’d brought ten sets of super-softs for the weekend.

Daniel Ricciardo abandoned his set of mediums, switching to a two-stop strategy in order to take a set of softs at the end of the race. His pace improved significantly – within two laps he was over two seconds quicker – but it wasn’t enough for him to carry his damaged car into the points.