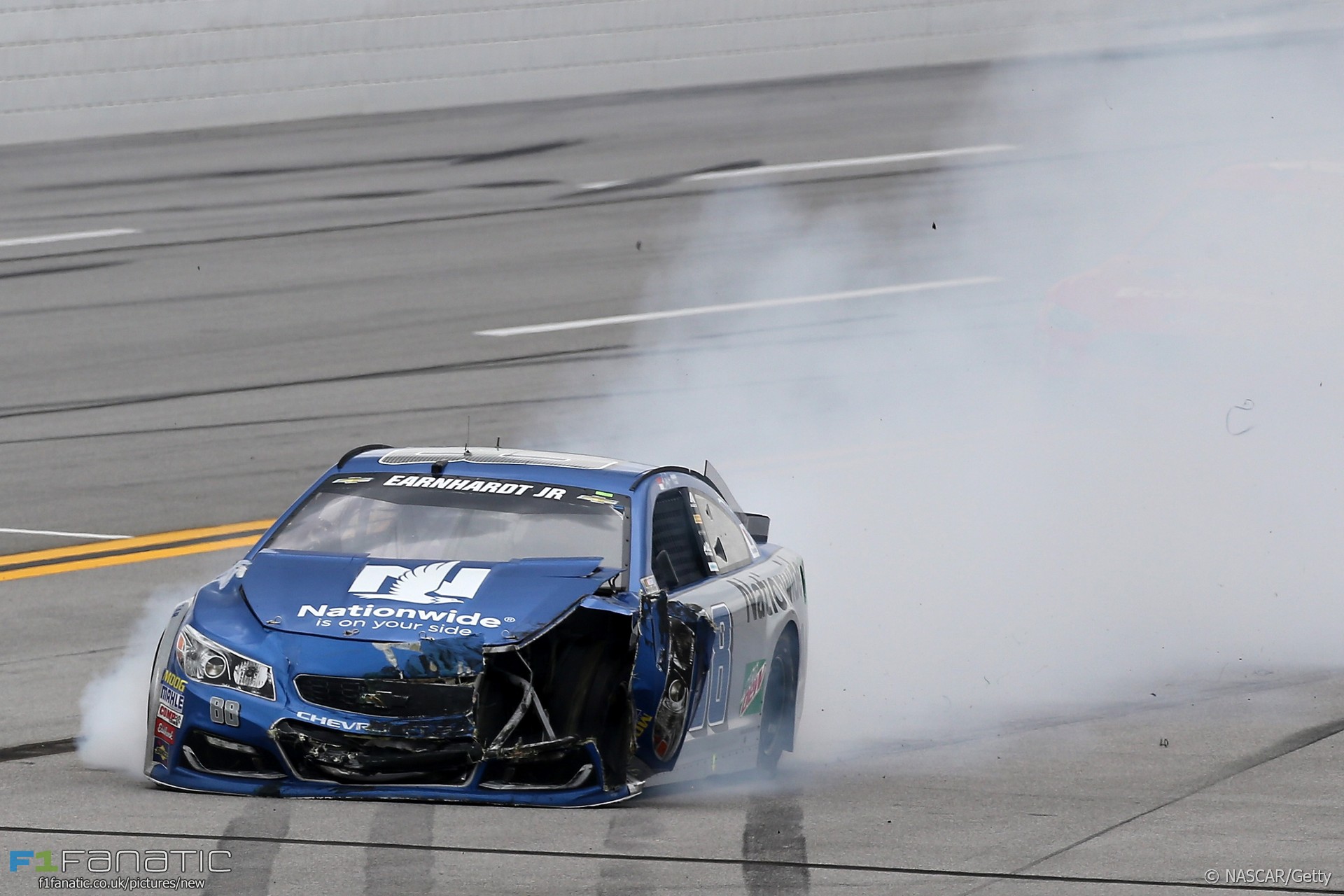 The NASCAR race at Talladega was forced into an early start due to impending rain and as usual the superspeedway encounter saw a series of high-speed crashes.

Brad Keselowski survived the traditional Talladega carnage to become the fourth different drivers to win two races of the ten run so far. More than half of the 41 starters were involved in the ‘big one’ which was triggered when Jimmie Johnson was tipped into the wall by Paul Menard.

A crash-filled three-and-a-half hours also saw Chris Buescher survive a dramatic roll and Dale Earnhardt attempt to control his car using the steering columns after the wheel broke off. He was later eliminated in a powerful crash involving Carl Edwards.

Victory from ninth on the grid in race three at the Sachsenring for Joey Lawson extended his points lead over Mick Schumacher. Pole sitter Jonathan Aberdein was knocked wide by Kami Laliberte shortly after the start, opening the door for Simo Laaksonen.

A 35-strong field meant a busy race featuring several Safety Car interruptions. Mawson had worked his way up to fifth by the first of them, after the second he passed Nicklas Nielsen and then tracked down and passed Laaksonen for his third win of the year.

Wins for Mike Ortmann in the weekend’s other two races moved him up to third in the standings.

The second race saw Robert Alon and Tom Kimber-Smith take Prototype Challenge honours in their ORECA-Chevrolet while the Porsche of Mario Farnbacher and Alex Riberas won the GT Daytona division.

Next weekend the DTM season kicks off at Hockenheim on a bumper weekend of touring car action. The World Touring Cars heads to a heavily revised Morocco street track, Britain’s championship will be at the high-speed sweeps of Thruxton, Australia’s no-longer-V8 Supercar Championship is in action at Barbagallo and the NASCAR series moves on to Kansas.

It’s an important round of the World Endurance Championship as well – the Six Hours of Spa is the last race before the Le Mans 24 Hours.

What’s on your must-watch list next weekend? Let us know in the comments.