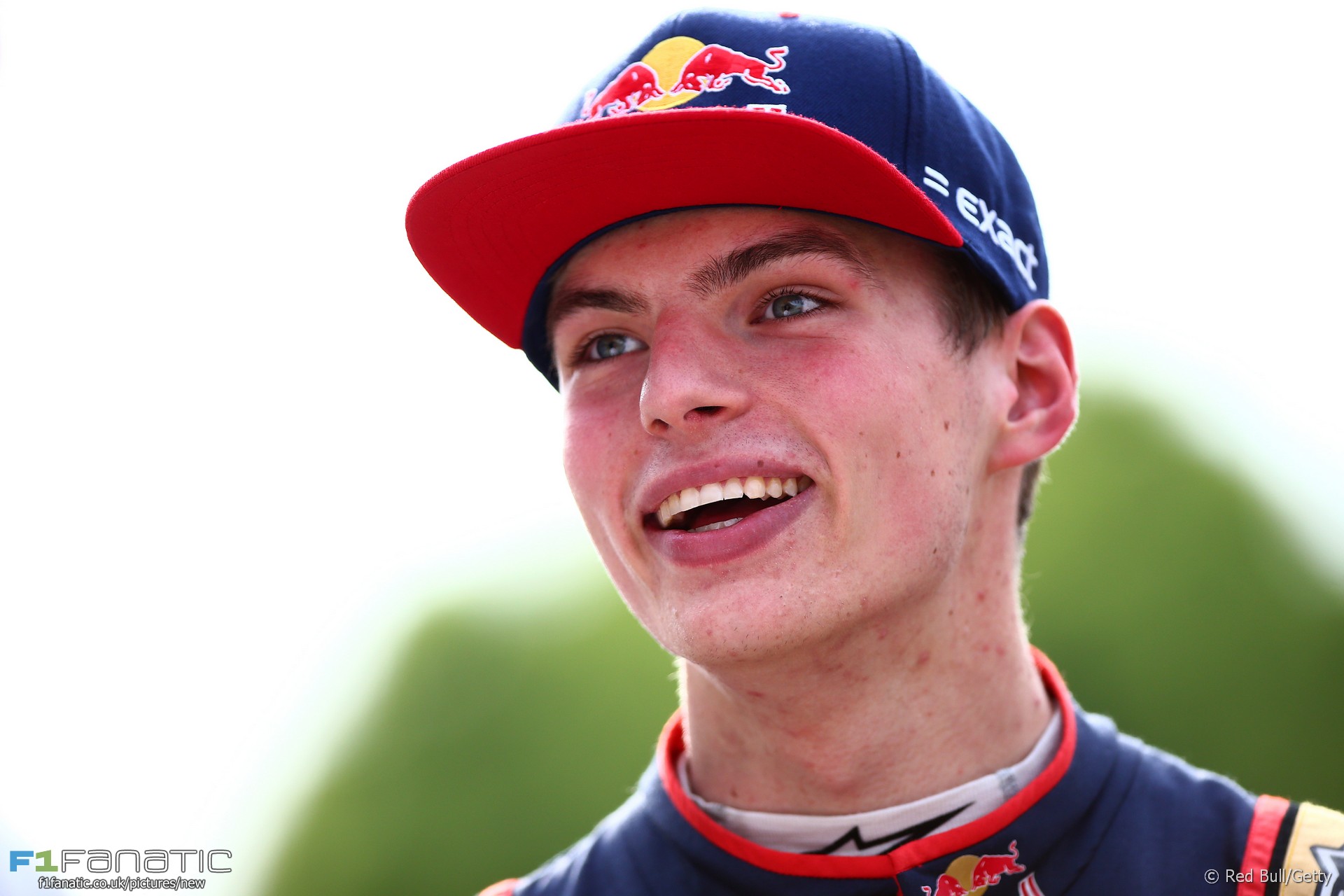 Max Verstappen said his chance to move up to Red Bull for the next round of the championship is an “amazing opportunity”.

The 18-year-old will replace Daniil Kvyat in the team’s line-up at the Spanish Grand Prix.

“The next step in my relatively short career so far is an amazing opportunity<" he told his official website. ""I really want to thank Red Bull Racing and Dr Helmut Marko for the confidence they have in me. I’ll have the chance to learn a lot from the top team that is Red Bull Racing. I’m also looking forward to work with an experienced and proven team mate like Daniel Ricciardo.”

“I can’t thank all the people at Scuderia Toro Rosso enough for all their hard work. Everyone back at the factory in Faenza, and Franz Tost in particular, have made an amazing contribution to get me this far in my career. We’ve had an amazing time together.”

“Together with Red Bull Racing we’ll do everything to prepare me as best as possible for my first laps in the RB12 TAG Heuer, next week in Barcelona. I cannot wait for that special moment to happen.”

Verstappen’s promotion comes after 23 races at Toro Rosso during which he scored a best finish of fourth in the United States Grand Prix last year. He became the youngest driver to start an F1 race when he made his debut for the team in Australia last year.