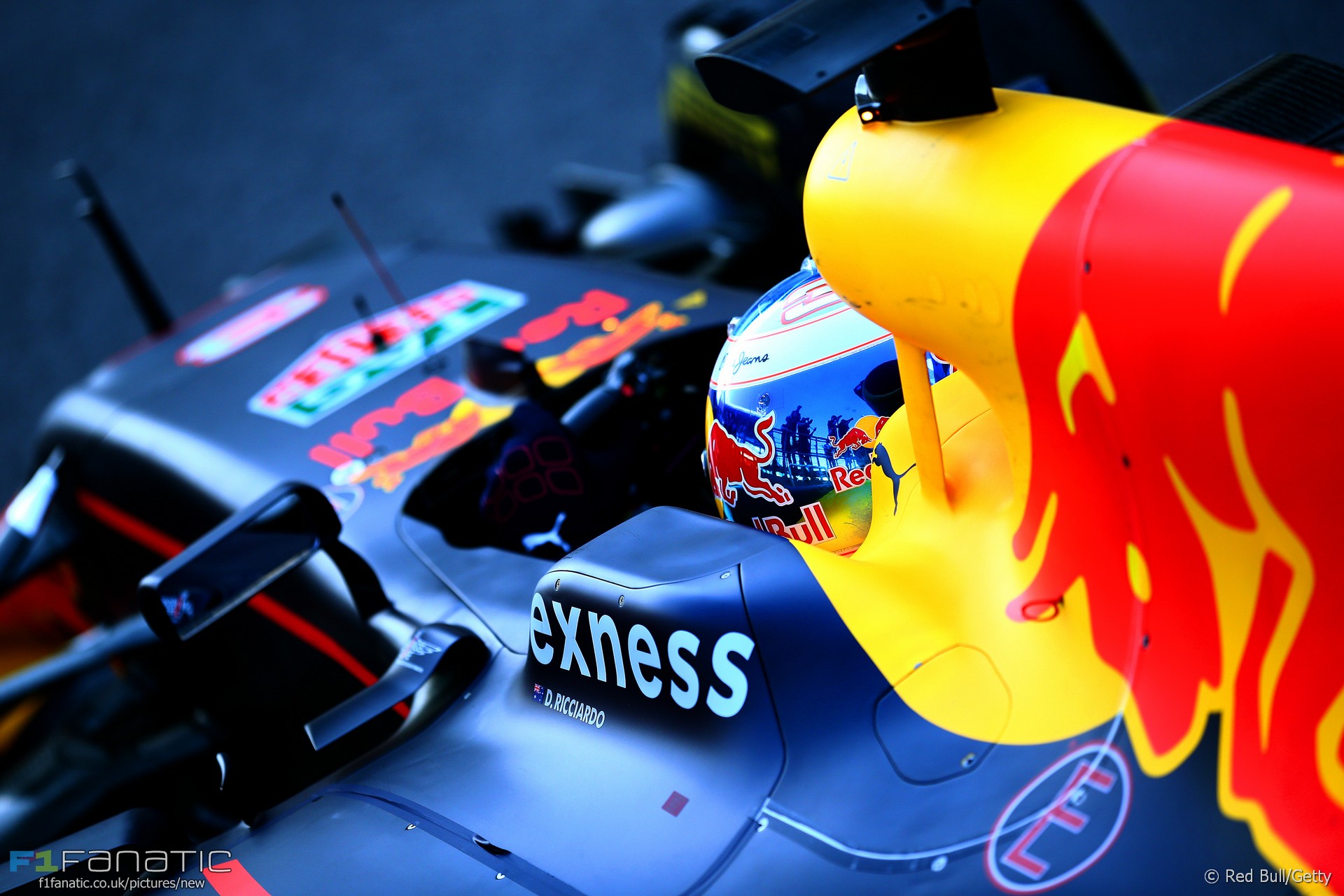 In the round-up: Red Bull stand to gain the most from F1’s new rules package for 2017, according to Helmut Marko.

"Of course we are probably the biggest beneficiary, as in the past when new regulations came in we’ve always been ahead."

"Verstappen is believed to have signed a new contract in which the plus one has become a plus three – at Red Bull Racing. Guaranteed. So Verstappen will be a Red Bull Racing driver not just for 2016, but 2017-19 too."

No damage to Vettel's engine from Russia crash (Autosport)

"Following investigations at the factory, Ferrari says there is no suggestion the engine is damaged."

"The other teams are likely to react sooner rather than later, making changes not only to the steering wheel mechanism as Ferrari has but also to the clutch assembly itself – something Mercedes has already asked Daimler for assistance with."

'If you are not going forwards you’re going backwards': Q&A with Lead Engineer at Mercedes AMG F1 (Katy Fairman)

"Personally, I feel any success from Mercedes this year could be more meaningful than 2014 and 2015. This is because from the first few races you can already see that the field is bunching and the performance has caught up, particularly Ferrari."

My First Car - Sir Jackie Stewart: 'My teachers used to call me thick' (The Telegraph)

"As far as the new halo design that they are working on is concerned, I think it’s great that they are evolving the safety of driving, however, my criticism is if the driver is involved in another type of accident that doesn’t involve the wheel coming up, you might not be able to evacuate the driver if you can’t get into the canopy. "

"I hope he would not sink into despair and will regain surrendered positions."

"I think we saw an indication from the first few races that fast tracks with long straights and sharp corners seem to suit us better."

Read my verdict on the top ten Russian Grand Prix drivers for Eurosport.

Remarkable unbroadcast pre-race ITV footage from the 2005 US GP. "9 teams will race…" but only three did: https://t.co/lQaX9vt7Wf #F1

One can see so little, it's a wonder they don't crash into each other all the time.. pic.twitter.com/XX7ujEMsoH

@DaleJr @F1 We'd love to have you down, I'm sure @danielricciardo would too 😉 See you in Texas?

Seb's driving next in the F14T then it's my turn. Don't mind if I do have a go thanks 😎👍 pic.twitter.com/8tJcTfZKtU

Is it time for Red Bull to look beyond their young driver programme in search of their next hire?

This could be the time to go outside the Red Bull driver program and get Alexander Rossi. Since John Booth gave Rossi a chance to drive the Manor car last year, then it won’t hurt Toro Rosso to check him out.

Let Rossi stick it out with Manor this year and evaluate the option into giving him the Toro Rosso ride in 2017.
@Placid

The second round of the World Endurance Championship – the Six Hours of Spa – gets underway today at 1:30pm UK time. Join us on F1 Fanatic Live to follow all the action.

Michael Schumacher closed on points leader Fernando Alonso with victory in the European Grand Prix at the Nurburgring on this day ten years ago: