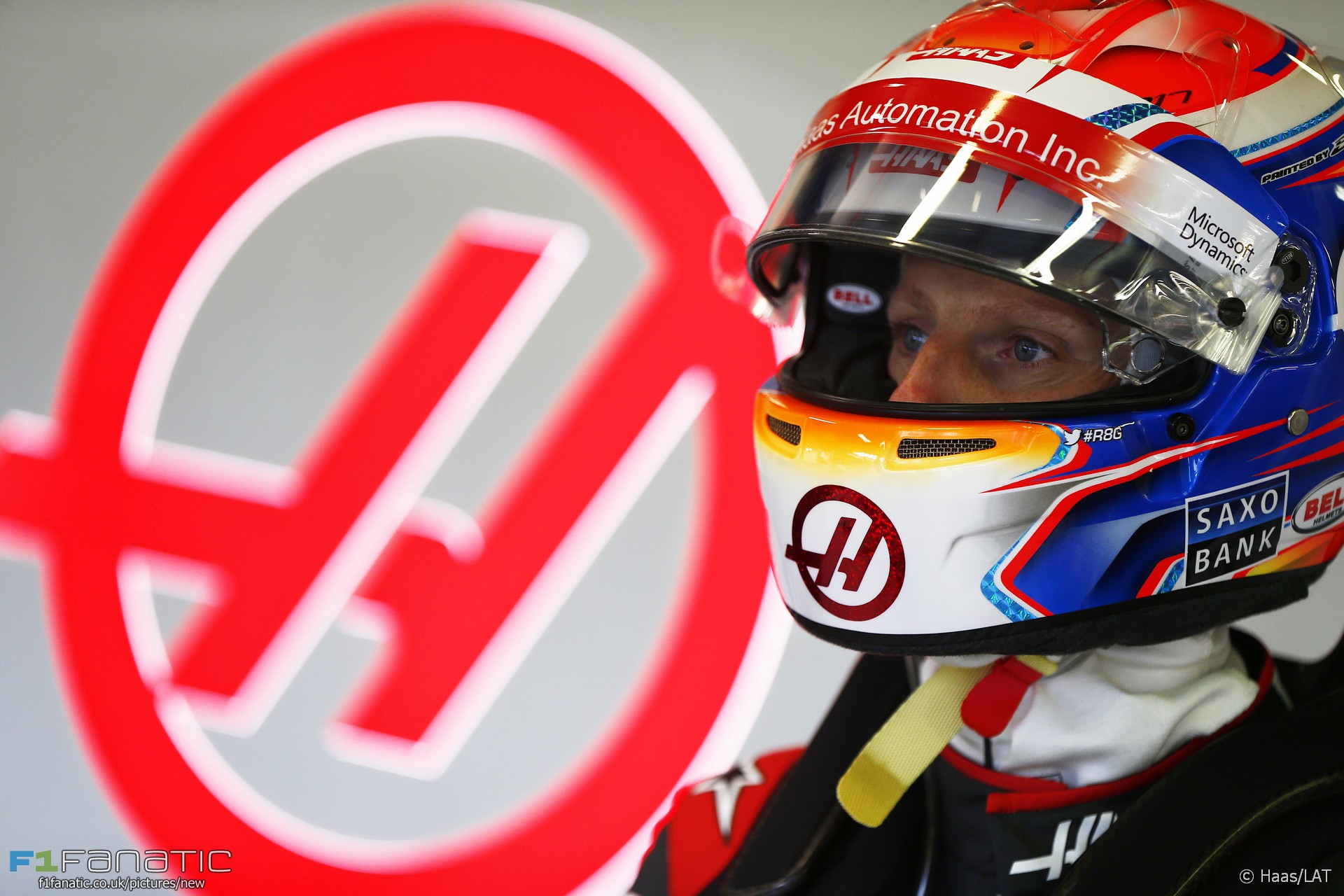 In the round-up: Haas is interested in putting Romain Grosjean in its NASCAR team for a race.

"There would be nothing more interesting than a current F1 driver having a good run in a NASCAR race. I thing that would be good for everybody. It would drive more interest."

Back to the Future in Barcelona (Haas)

"The team confirmed that the 60-year-old beer baron, who has missed all four races so far this season and looks unlikely to be able to get to one until the British Grand Prix in July, would be absent from Barcelona's Circuit de Catalunya."

"If there are improvements that can be made without taking up too much resource for a team of our size then we will have further improvements this year."

Bernie Ecclestone: "The answer is that if it can be done, then yes, we'd love to do it. There is a small technical issue, who is going to pay for it, but apart from that I can't see any dramas."

"In 2014 I was 29 points behind but and it didn't mean more to me that I had come back from it then it did the next year when I was ahead, so it's just a different feeling."

"We could have won the first race if things go a little bit different. So overall, it’s not so bad."

"When I saw the news last week of Verstappen replacing Daniil Kvyat I suddenly remembered this set of photographs and realised it was very newsworthy."

"The 27-year-old socialite (Bernie Ecclestone's daughter) and James Stunt believe the firebombing attempt on their £66million London home was carried out by a member of the public who 'disapproves of their lifestyle'."

What an incredible feeling. First time in a Formula 1 car with Ferrari. A dream come true. Thank you so so so much. pic.twitter.com/Ah2Es8NUhw

What an amazing weekend! Thank you Barbados, thank you Bushy Park, thank you to my guys! @MercedesAMGF1 #TeamLH 🇧🇧🇧🇧 pic.twitter.com/uAtoXTw1rB

Two different takes on this week’s poll question: Is danger an essential part of Formula One?

F1 doesn’t need that danger to be worth watching or be worthwhile as a sporting endeavour. Limit-pushing is an essential part of its nature, but only limits relevant to the sport need to be pushed for this to work. No competitor gains any sporting advantage from being injured in pursuit of victory (it would be more surprising if a sport existed where such a thing was possible). In fact, the sport is stronger for keeping everyone involved fit and healthy, because time not spent recovering from an injury can be spent becoming better at the job and thus offering a stronger challenge to rivals.

Also, danger that could be removed without damaging the sporting spectacle but is left in anyway is only enchanting in situations where the danger is the primary point. That may work in extreme sports, but F1 is not an extreme sport in the sense that term is generally used, and attempting to become so would lead to it getting banned from many countries quickly. It’s simply too high-profile and too regular to make such a rebranding work. In a sport where other things are more important (in F1’s case, speed, tactics, finesse, style and control to name but five), unnecessary danger is a distraction at best and a reprehensible gimmick at worst.
@Alianora-la-canta

Any change that’s made has to respect that line. The fact that we are on the fence about the halo and aeroscreens suggests that we feel that the line has been crossed. We all genuinely care about the drivers’ safety but we also have respect for the sport.
Michael (@Freelittlebirds)

Add your vote and join the discussion here:

54 comments on “Haas keen on NASCAR race for Grosjean”