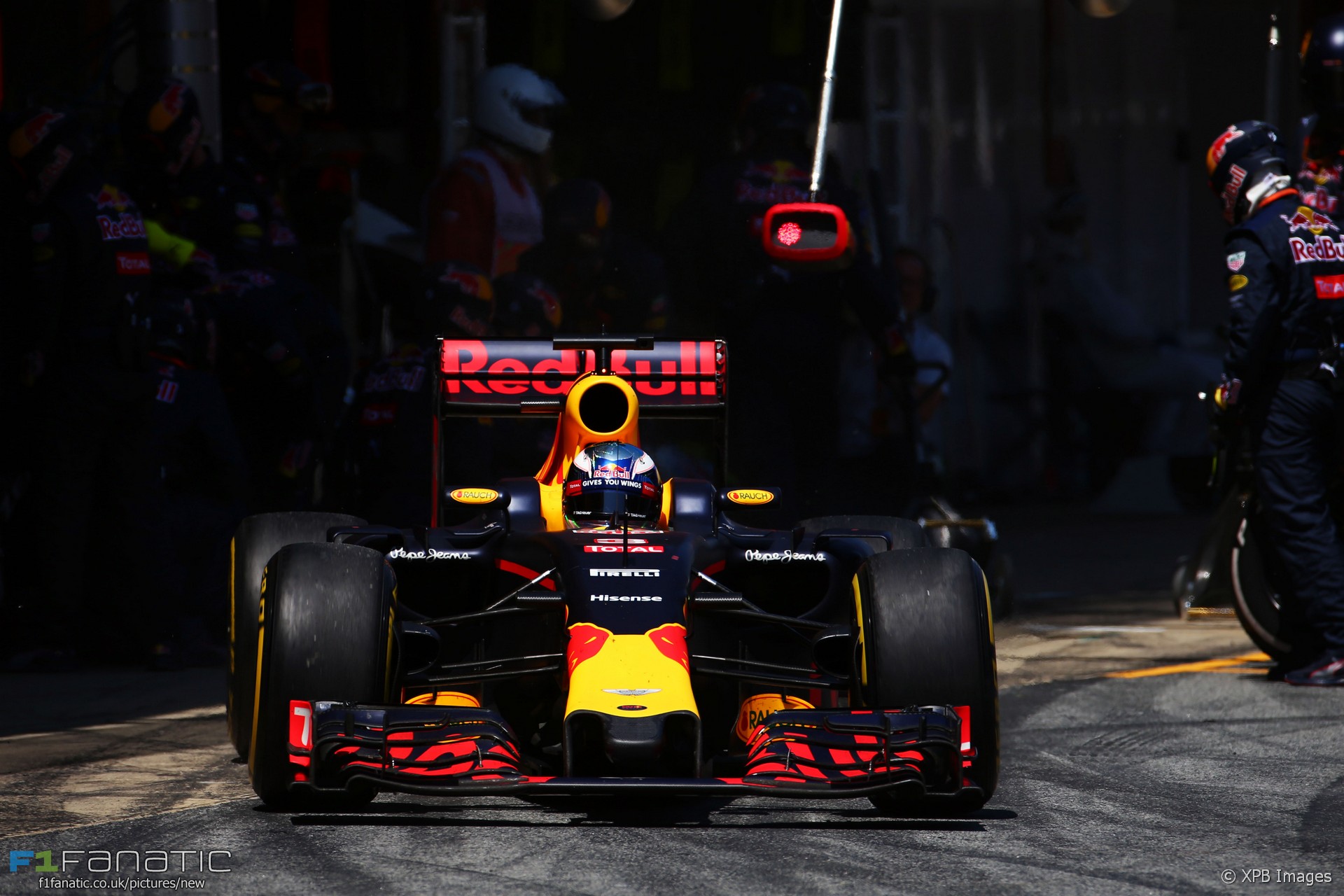 A two-stop strategy was the preferred route home for most of the teams.

But not for Daniel Ricciardo and Sebastian Vettel – and it potentially cost them the race.

Among the few other drivers who opted for the same route was Felipe Massa. He committed to it early, pitting as soon as lap eight for his first stop and enjoying stellar service from the Williams crew once again.

For Massa the strategy helped keep him out of traffic. But for Ricciardo and Vettel it left them on the wrong side of strategy splits within their own teams, and handed the initiative to their team mates.

Renault were the only team to use the hard tyres during the race, switching both drivers to it at their second pit stops. Neither driver had particularly good pace on this rubber, but while Jolyon Palmer persevered with it until the end, Kevin Magnussen ditched his for soft tyres.