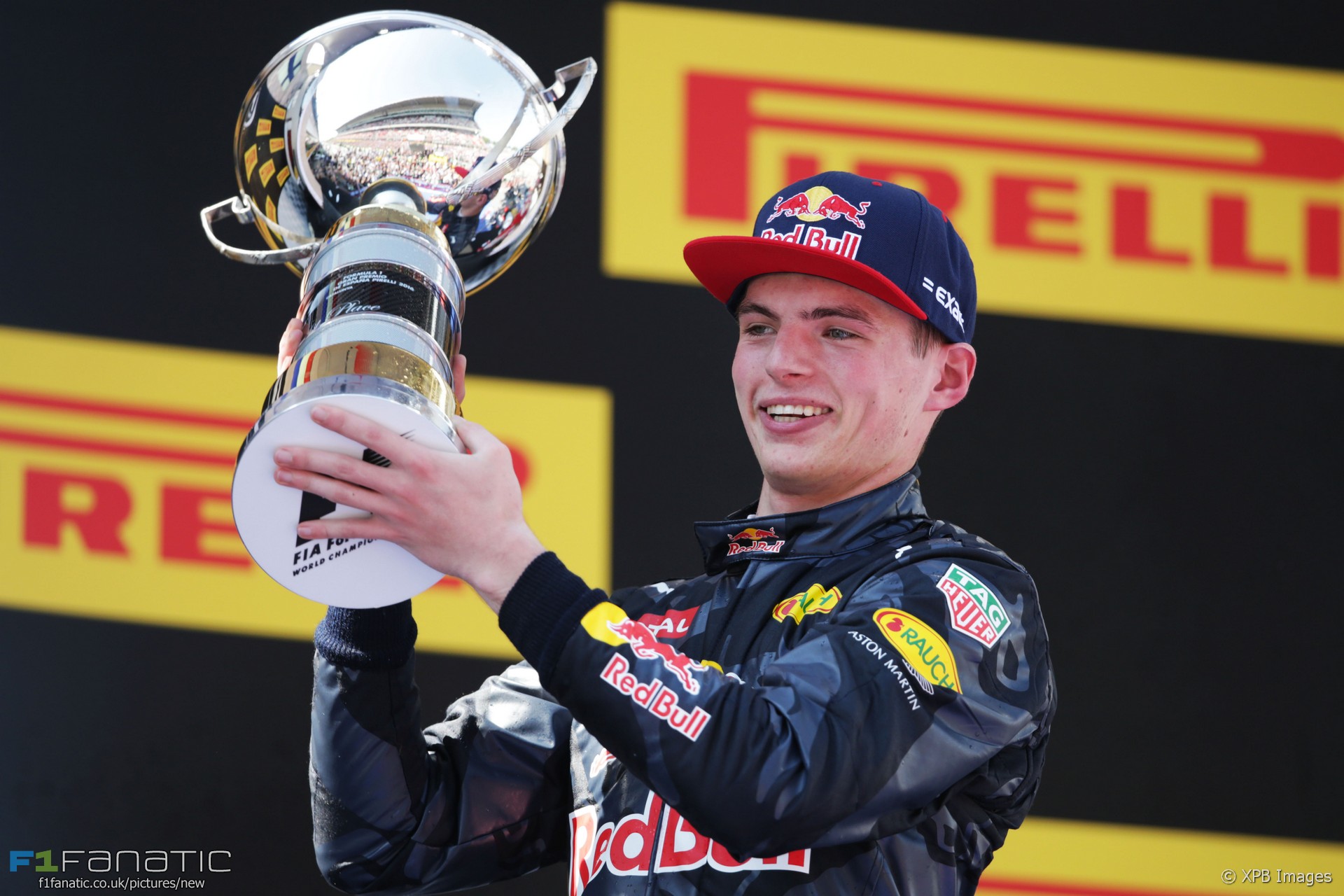 Max Verstappen described his joy at scoring a breakthrough grand prix victory in his first race for Red Bull.

“It’s a very special feeling,” said Verstappen. “Of course I didn’t expect to win. After the Mercedes pair crashed then you’re targeting a podium, but in the end to come out on top, it’s incredible.”

At 18 years old, Verstappen is the youngest driver ever to win an F1 race. He is also the first race winner from the Netherlands.

“To hear the Dutch national anthem for the first time in Formula One, I have to think about my dad for sure and I heard he was crying, so yeah it’s unbelievable. He invested a lot of time in me and this achievement is also because of him.”

Verstappen said he kept his cool after taking the lead for the first time in his grand prix career. “I wasn’t nervous during the race, I was just trying to focus and drive the best I could.”

Key to Verstappen’s victory was a long final stint on medium compound tyres which lasted almost half the race distance.

“We focused a lot on keeping the tyres alive because at my last stop I still had to do 32 laps until the end, but it worked out well,” he said.

Verstappen was chased home by Kimi Raikkonen, but the Ferrari driver never got close enough to attempt a pass.

“With five laps to the end I saw Kimi was dropping off a bit, he tried a few times and of course it kills your tyres and from there I just like ‘okay, focus on the tyres now and bring it home’,” said Verstappen.

“I will for sure remember this and at the moment it’s just a great feeling. It’s amazing, I have no words for it.”

“It was very good company on the podium, I mean Kimi even raced against my dad, so it’s very funny!”