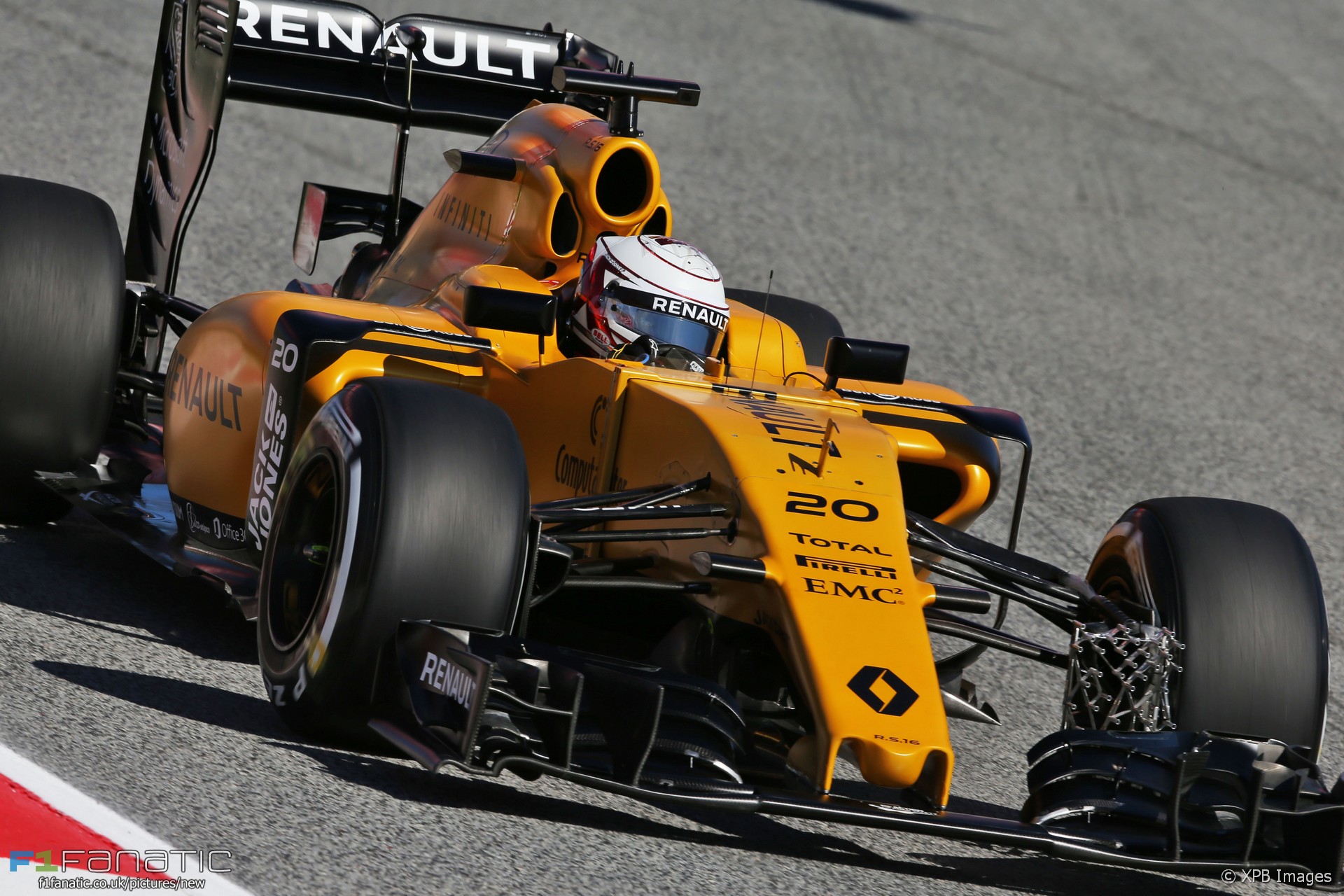 Kevin Magnussen has been given a ten-second time penalty for colliding with his team mate on the final lap of the Spanish Grand Prix.

Magnussen was also given his first two penalty points on his licence for the collision with Jolyon Palmer.

The stewards took into account the fact Palmer was on older tyres than his team mate at the time of the contact four corners from the end of the race.

“Car 20 [Magnussen] was on a new set of soft tyres and car 30 [Palmer] was on an older set of hard tyres leading the driver of car 20 to have significantly better grip and speed,” the stewards noted.

“However, the stewards determined that car 20 could not have reasonably expected to make the corner of turn 13 without colliding with Car 30, which was subsequently forced off the track.”

“The stewards imposed the penalty referred to, which was converted to a time penalty after the race as the cars were on the last lap.”

The penalty drops Magnussen from 14th to 15th in the final classification, promoting Felipe Nasr.

14 comments on “Magnussen penalised for clash with team mate”