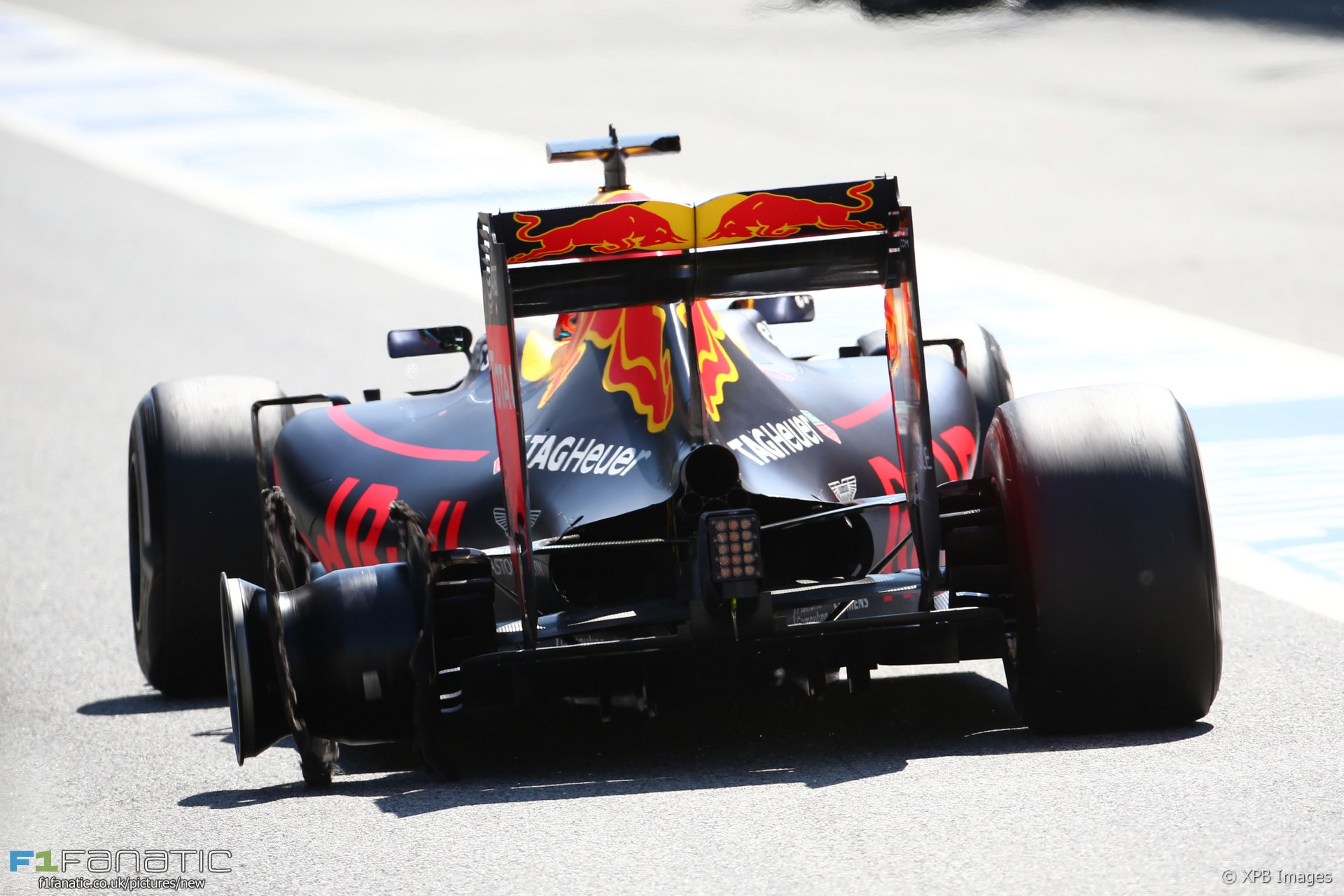 A disappointed Daniel Ricciardo said a tactical error ruined his chances of victory in the Spanish Grand Prix.

Ricciardo took the lead at the start of the race and was still ahead with 23 laps to go when he made his final pit stop. But a switch to a three-stop strategy dropped him to fourth place, where he finished.

Speaking to reporters after the race Ricciardo said missing out on the podium after such a strong early showing was “the biggest disappointment today”.

“We were leading and it was there for us,” said Ricciardo. “Mercedes had their mistakes on lap one and the race was in our hands.”

Ricciardo identified the switch to a three-stop strategy as the decision which cost him the win.

“We were leading and we went to a three-stop strategy. When you get into a three-stop… we did it too late as well, Seb already jumped us so then not only required to pass Seb but pass three cars on-track when we know we’re down on speed and it’s a hard track to pass.”

The tactical change “just didn’t make sense”, Ricciardo said. “I thought at the time we did it, it’s because everyone else is going to do it. But it’s frustrating, I think we just threw the win away today.”

“I don’t understand why I was the one,” he added. “Normally the guy in the lead gets the better strategy.”

Ricciardo’s woes were compounded by a puncture late in the race, though it did not cost him another position. He said the puncture, his second in three races, was not caused by contact.

“Unlike probably 99% of drivers on the grid I actually tried to make an overtake,” said Ricciardo. “A lot of them are content sitting behind and not actually having a crack.”

Vettel complained on the radio about one of Ricciardo’s overtaking attempts, a view the Red Bull driver had little time for.

“Knowing we’re catching the cars in front and Seb was I guess in the way not only of the podium but of a potential win, of course I was going to try,” he said. “I gave it a go, apparently he said I was a bit aggressive on the radio. Typical.”

88 comments on “Ricciardo: “We threw the win away””