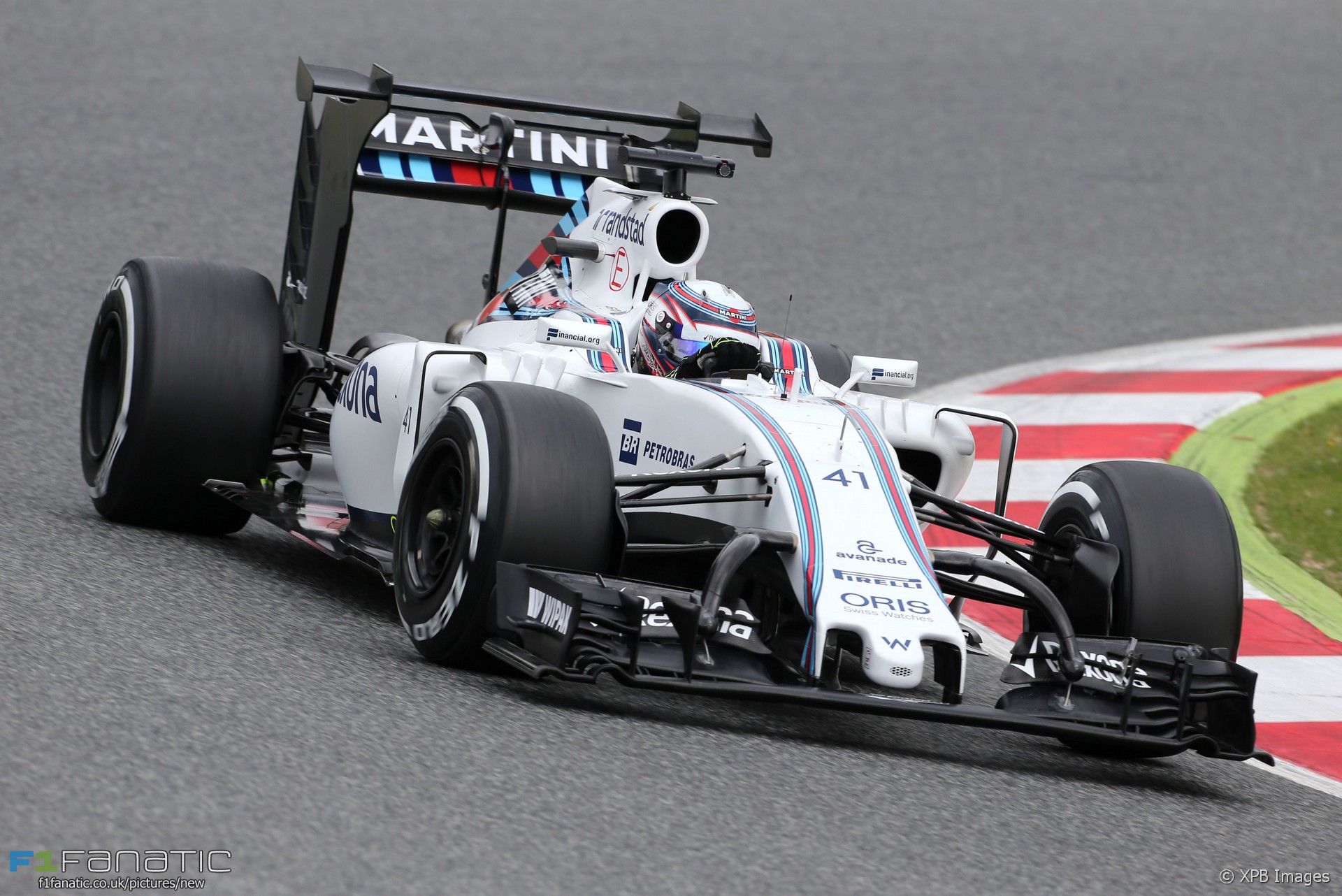 Pictures from the ninth day of testing during the 2016 season at the Circuit de Catalunya.

Among the noticeable changes on the cars are a new rear wing on the Williams, which appears to be a testing-only device which extends beyond the legal bodywork requirements for a race weekend. The team also has a new device fitted to its front wring on the FW38, which is being driven today by Alex Lynn.