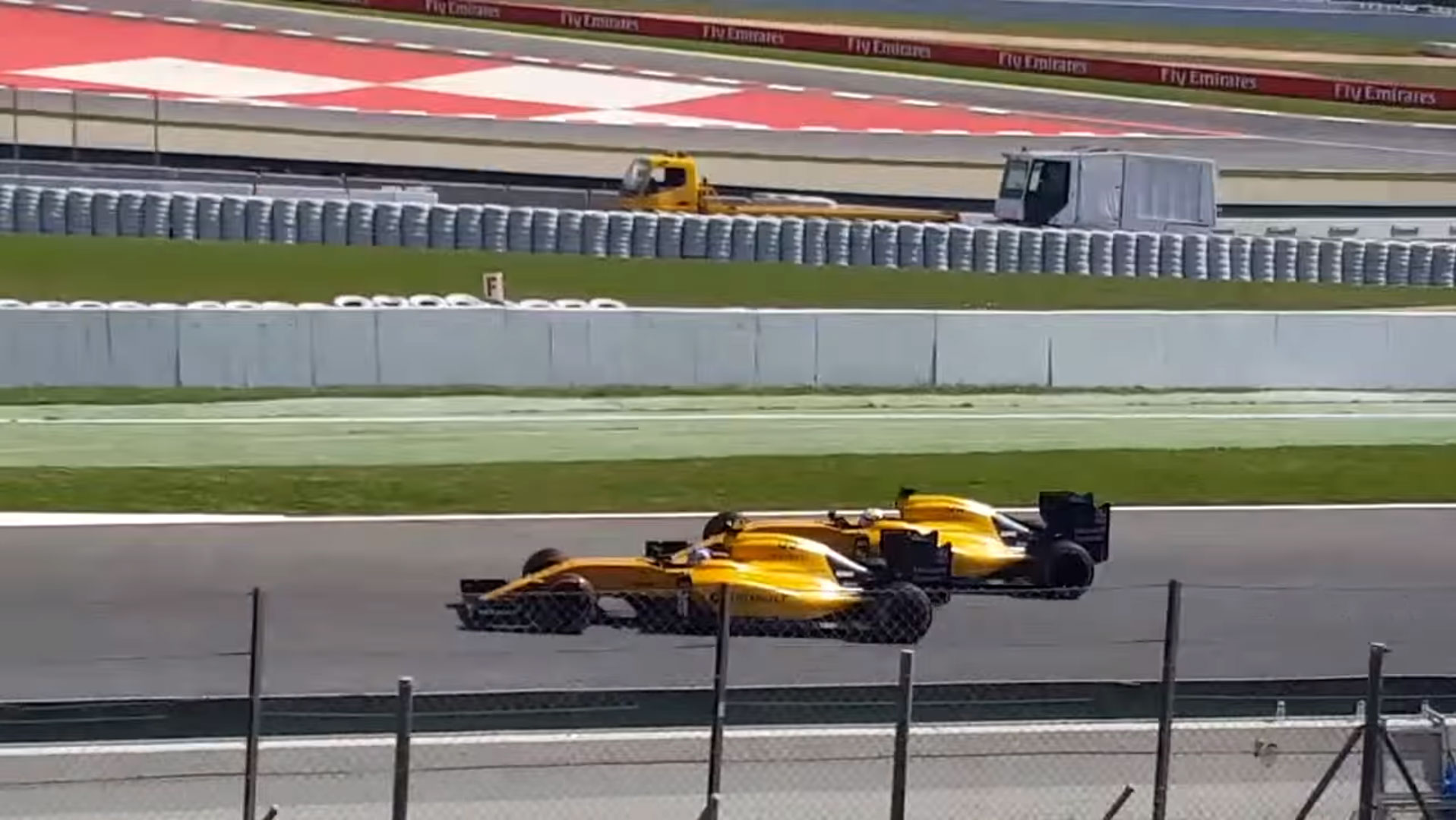 Video shot by an F1 fan at the Circuit de Catalunya reveals the moment Renault drivers Kevin Magnussen and Jolyon Palmer made contact on the final lap of the Spanish Grand Prix. The incident was not seen on the world feed during the broadcast of Sunday’s race.

Magnussen was attempting to pass his team mate for 13th place at turn 13 when the pair made contact. As the video shows, Palmer continued across the run-off and kept the position while Magnussen negotiated the chicane.

The stewards ruled in favour of Palmer, handing his team mate a ten second penalty. That dropped Magnussen to 15th place in the final classification behind Felipe Nasr. Magnussen was also given penalty points on his licence.

At the end of the race Magnussen was running on a set of soft tyres which were 22 laps fresher than the hard compounds on his team mate’s car and caught Palmer at around three seconds per lap.

The pair have now finished ahead of each other twice in the four races where both drivers saw the chequered flag. Magnussen’s seventh place at the Russian Grand Prix remains the team’s only points finish so far this year.

An onboard video of the collision has also been released by FOM.