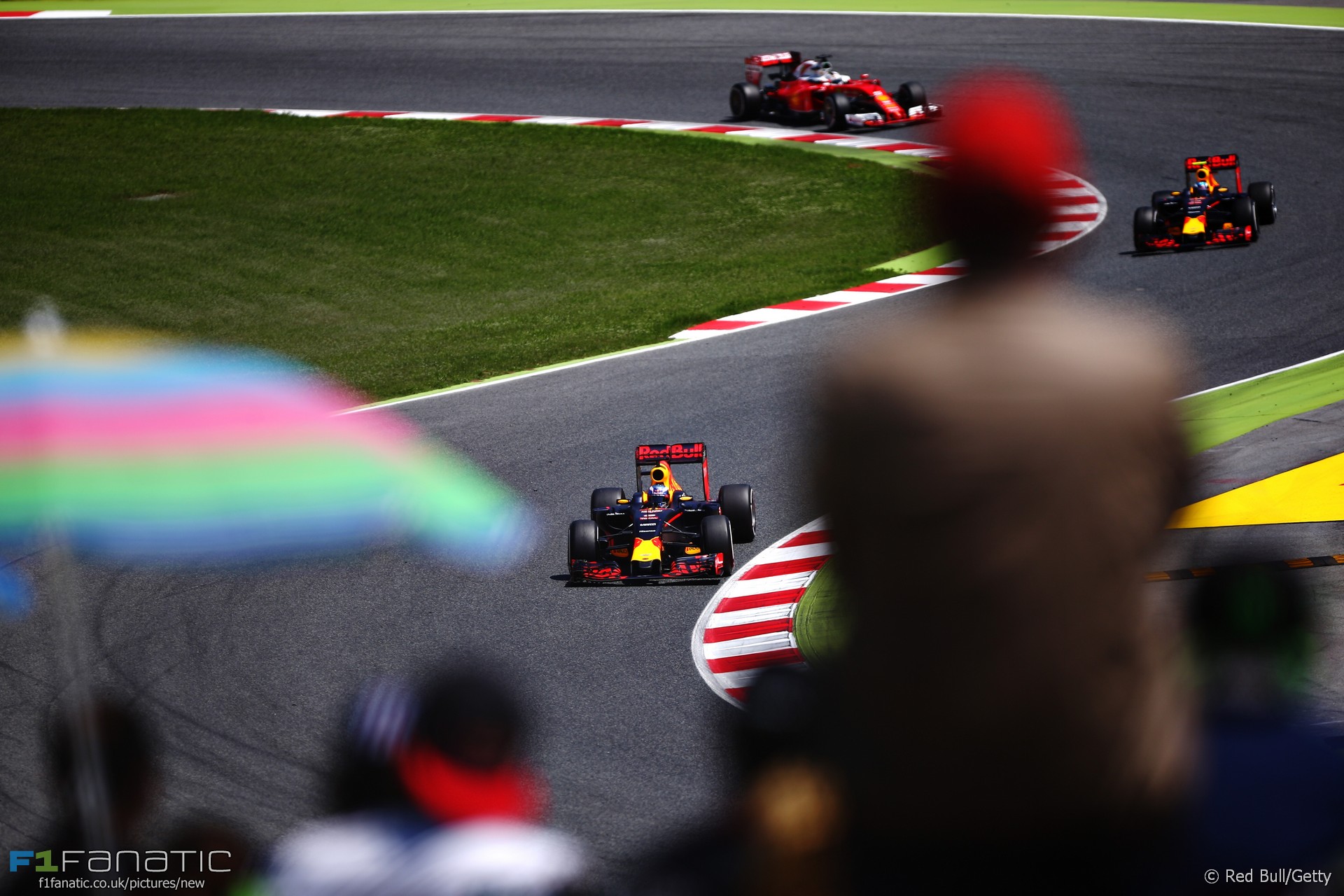 Ten of the best pictures which tell the story of the 2016 Spanish Grand Prix weekend. On the back row world champions Fernando Alonso and Lewis Hamilton enjoyed not being the centre of attention for once. “They switched seats?” joked Alonso during a brief break in the interrogation of the front row occupants. Vettel almost tripped up when he headed for the pit exit too late during qualifying. He was pushed back to his garage.

Sainz applied a fresh layer of rubber to the Toro Rosso pit box.

The most dramatic start of the year began when Nico Rosberg passed pole sitter Hamilton at turn one. Three corners later Hamilton’s attempt to regain the place ended with both Mercedes in the gravel and the fight for victory blown wide open.

When the dust settled Daniel Ricciardo led a Red Bull one-two at first but Vettel’s Ferrari was bearing down on the two RB12s.

Alonso took McLaren into Q3 for the first time since their reunion with Honda but slipped behind Jenson Button at the start and later retired with a software problem.

A switch to a three-stop strategy didn’t work out for Ricciardo or Vettel – and the Ferrari driver didn’t appreciate his rival’s attacks.

Ricciardo’s disappointing day was complete when he picked up a puncture.

Verstappen came under fierce pressure from Kimi Raikkonen in the closing laps but hung on to clinch a dream victory on his Red Bull debut.

Verstappen’s victory made him Formula One’s youngest ever race winner by over two years – a feat which took a while to sink in.