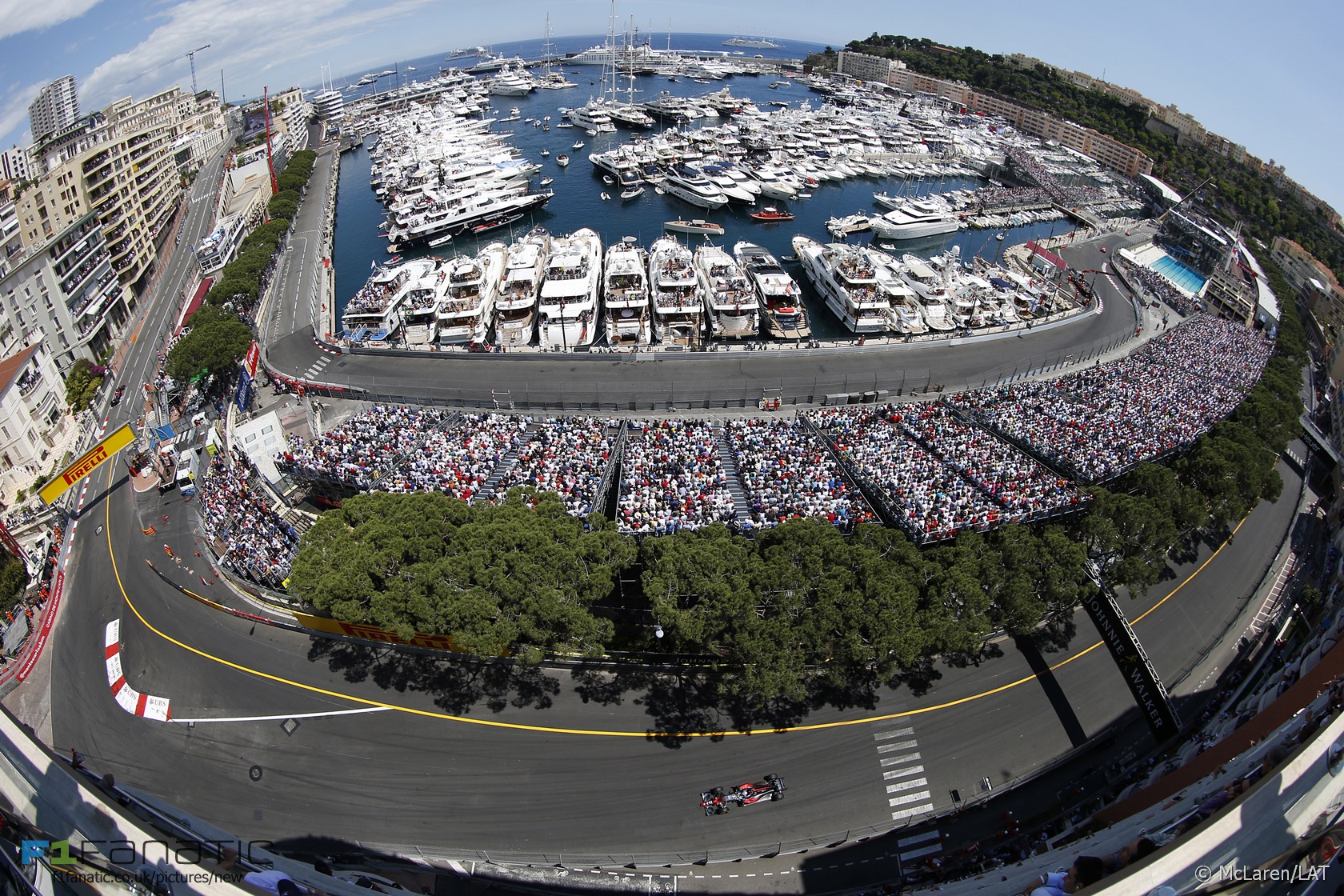 There are several venues on the 2016 F1 calendar which claim the title ‘street course’.

But after the vast run-offs of Sochi three weeks ago Monaco is a rude reminder of what a real street circuits: steep, narrow roads, blind corners and tall barriers waiting to punish the unwary.

To move past another car drivers either have to get their elbows out or hope someone makes a staggering strategy blunder.

“Because it’s so narrow, and overtaking is almost impossible, it can be incredibly frustrating,” admits Fernando Alonso, “but the feeling when you put together the perfect lap, or manage an overtaking manoeuvre, is all the more satisfying.”

Six drivers in the field have claimed victory in Monaco and many would consider a win one of the crowning achievements of their career.

A lap of the Monte-Carlo circuit

The curved approach to Sainte Devote (top picture) is also the track’s only DRS zone by overtaking here is far from straightforward – as Max Verstappen proved when he hit Romain Grosjean under braking at this corner 12 months ago.

It’s a particularly tricky proposition on lap one. “Especially at the start of the race it’s very tight and only one car at a time can go through there,” explains Carlos Sainz Jnr, “so it’s easy to see massive traffic jams there if you start from the middle or back of the grid – sometimes you nearly need to stop the car at that first corner.”

The field then climbs Beau Rivage, sweeps left into Massenet at speed but but scrubs it off at the tricky right-hander, Casino. Mirabeau offers another scant chance for an opportunistic pass before the plunge down to the slowest corner on the calendar. Formerly named Station, Loews and Grand Hotel, Monaco’s trademark hairpin is now named after the Fairmont Hotel.

The innocuous-looking right-handers Which follow have caught out some big names over the years: Michael Schumacher on lap one in 1996 and Ayrton Senna when he had the race win seemingly bought and paid for eight years earlier.

Keep an eye on the tunnel when practice begins on Thursday. “It’s flat out through the tunnel, even though it’s always a challenge to go flat out during the first lap of the
weekend in FP1,” says Sainz. “You always want to do it but then you end up doing a small lift just to be safe, waiting for your confidence to build up.”

From there the drivers enter one of the bumpiest corners on the F1 calendar, the harbour chicane. While the low fuel consumption and top speed demands make this a fairly easy race for the power units, the bumps put the oil system and consequently the turbo under great strain.

Tabac, the 12th corner on the track, was re-profiled slightly last year to give the drivers slightly more room entering the Swimming Pool complex. This is Verstappen’s favourite part of the track. “It’s very fast,” he says, “to go flat out through the first chicane on a street circuit is nice to do. Also riding the kerbs in 15 and 16 feels great.”

The barrier at the exit of Rascasse on the inside can be tricky – Marcus Ericsson clipped it in 2014, spinning away Sauber’s best chance of a points finish that year. The camber at the final corner, Anthony Noghes, can easily catch drivers out – notably Verstappen during practice last year.

The drivers earn their salaries around one of F1’s most demanding circuit on the calendar. And while many enjoy the convenience of being based a short walk from the apartments, any time saved is eaten up by the wealth of sponsor commitments at one of F1’s most glamorous races.