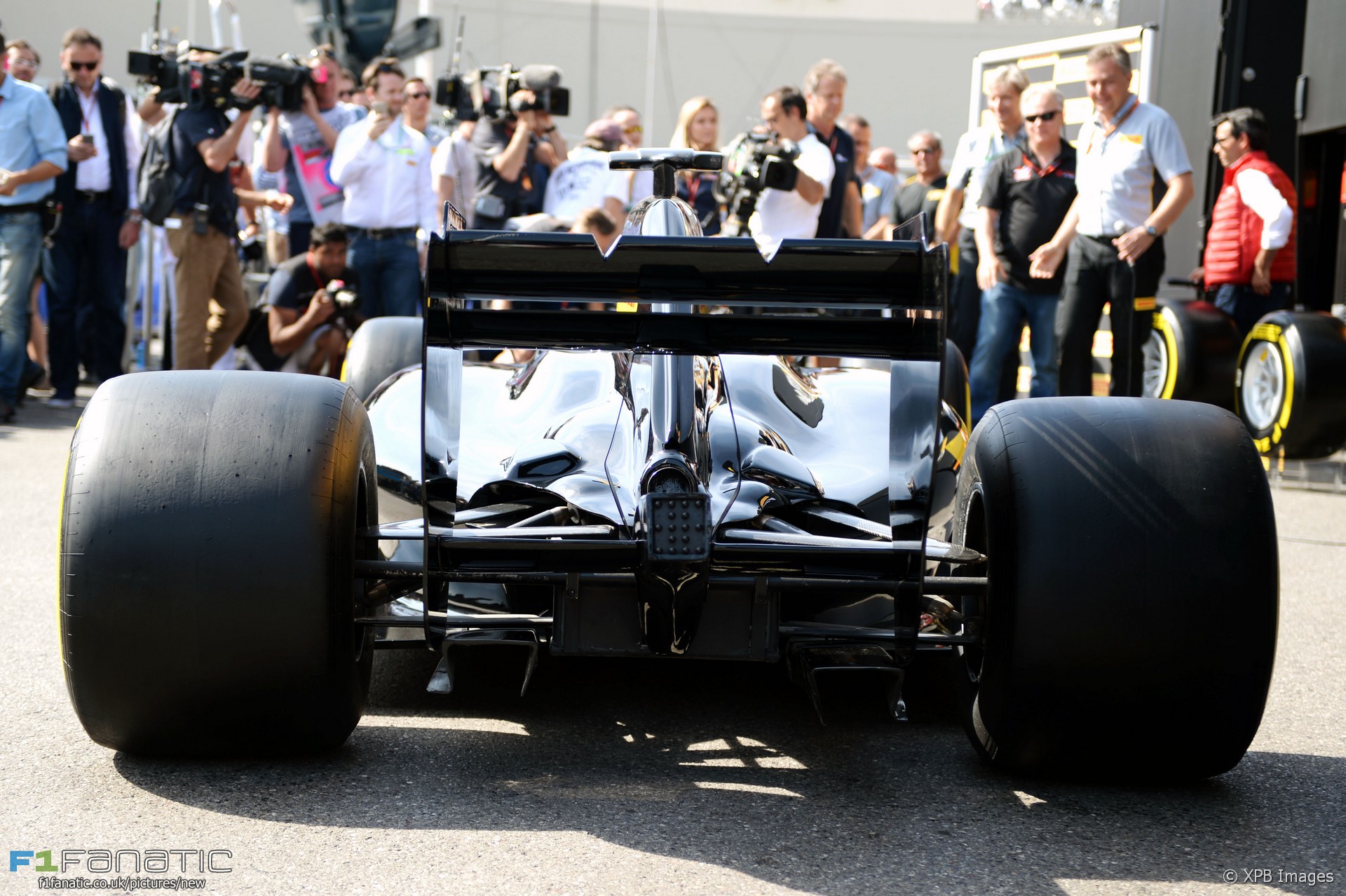 Pirelli has revealed a mock-up showing how next year’s wider tyres will look on an F1 chassis.

Formula One’s official tyre supplier has already begun testing new compounds for the 2017 season. However it will not begin track testing of wider tyres until the new year.

The Pirelli demonstration car does not include 2017 bodywork dimensions.

40 comments on “Pirelli reveal how wider 2017 tyres will look”