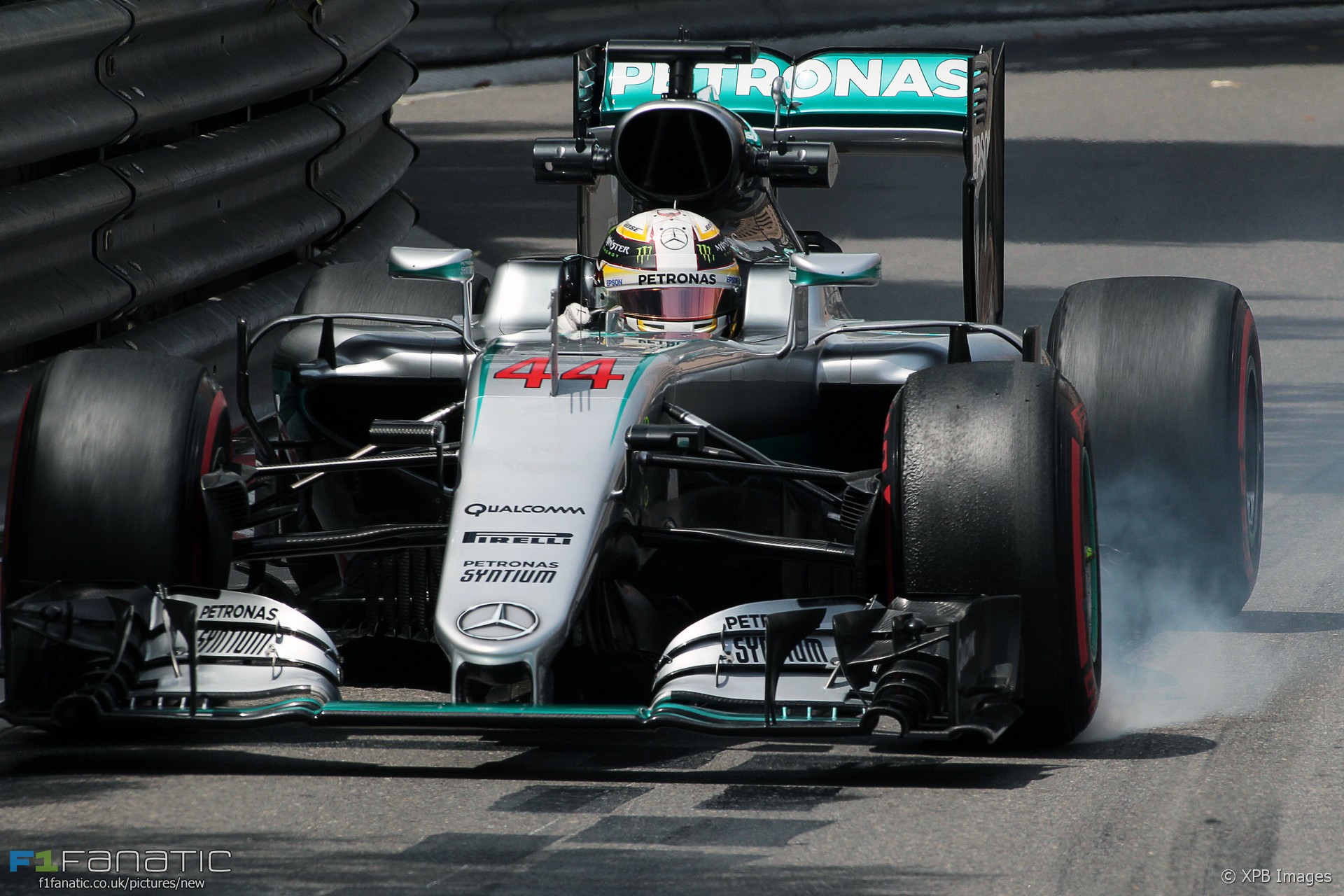 Lewis Hamilton secured his first victory of the season after an eventful Monaco Grand Prix from Daniel Ricciardo, while Serigo Perez took third for Force India.

Changeable conditions saw plenty of action throughout the field with the race only just running inside of the time hour time limit.

Sebastian Vettel was fourth for Ferrari, followed by Fernando Alonso’s McLaren, while Nico Hulkenberg snatched sixth from Nico Rosberg on the run to the line.

With heavy downpours soaking the track prior to the start, it came as little surprise when the FIA announced that the race would begin under Safety Car conditions.

Finally, the race was allowed to begin properly at the start of lap eight. Ricciardo made a strong getaway, pulling out a second over Nico Rosberg, Hamilton and Sebastian Vettel.

But there was instant trouble as Jolyon Palmer lost control of his Renault over the start/finish straight, slamming into the outside barriers and spearing into the wall at Ste Devote. The Virtual Safety Car was called, as the Monaco marshals cleared the track of debris from the single car accident.

When the race resumed, Kimi Raikkonen understeered into the barriers at the Hotel Hairpin, breaking his front wing before colliding with Romain Grosjean at Portier, putting the Ferrari out of the race.

With no rain falling, many drivers down the field began to pit for Intermediate tyres, while cars out front chose to remain on wet tyres.

Ricciardo was now 13s seconds ahead of the Mercedes with Hamilton visibly quicker than his team mate. Mercedes ordered Rosberg to let Hamilton by, which he duly obliged by pulling over up the hill.

Rosberg was the first of the front three to pit for Intermediates, followed by Ricciardo, but Hamilton remained out on full Wets.

Ricciardo caught and pressured Hamilton for the lead, but now drivers were beginning to switch to dry tyres which Hamilton opted to do directly on Lap 31.

Ricciardo attempted to use his speed to jump Hamilton in the pits, but when he arrived in his pit box there were no tyres to be found with the Red Bull mechanics. A costly error saw Hamilton resume into the lead.

Hamilton had to resist heavy pressure from the chasing Red Bull, with Ricciardo almost passing the Mercedes after Hamilton missed the chicane but was strongly rebuffed.

Max Verstappen capped off a weekend to forget by crashing at Mirabeau in tenth, while the two Saubers of Marcus Ericsson and
Felipe Nasr collided at Rascasse.

Despite Ricciardo’s best efforts, the Red Bull driver was unable to find a way past the Mercedes and Hamilton duly held on to claim his first victory of the season. Sergio Perez took his sixth podium of his career in third, ahead of Vettel and Alonso.

Late rain on the final lap saw many drivers struggling for grip on the run to the line, with Nico Rosberg being passed by Nico Hulkenberg’s Force India as both fought for traction on the slippery track.