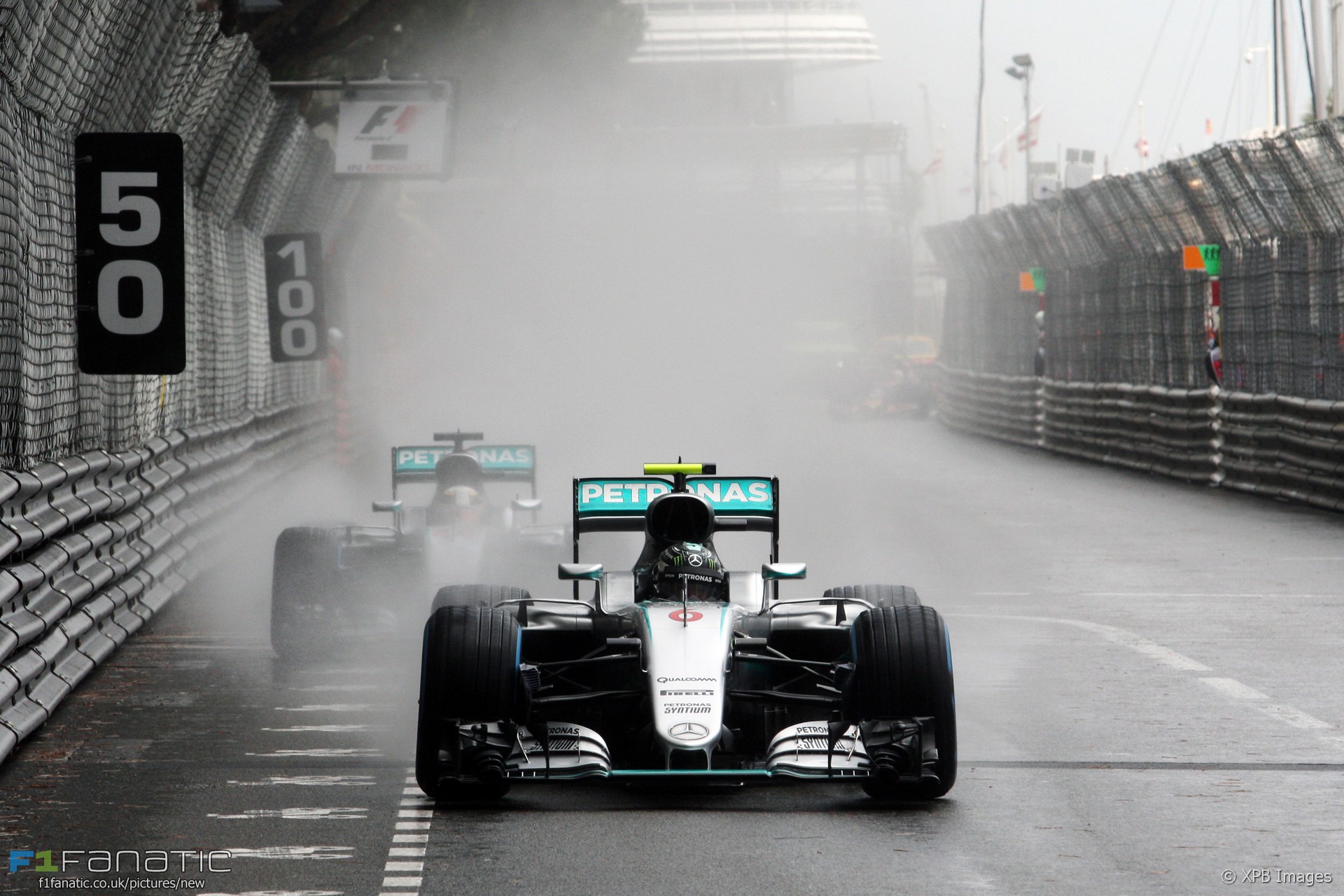 Nico Rosberg admits that he is at a loss to explain why he struggled so much for pace throughout the course of the Monaco Grand Prix where he finished in seventh place.

The championship leader was unable to match the performance of Lewis Hamilton and Daniel Ricciardo in the early stages and dropped down to fifth after the mid-race switch to dry tyres.

“I was baffled by that lack of pace, initially,” explains Rosberg.

“Just no confidence in the car at the beginning on those Intermediates. And after that it just didn’t go my way in the pit stops. I had an issue at the pit stop and as a result of the issue, the pit stop was delayed and then I had traffic, so I had to hold the pit stop even more and cars just went by and once you’re behind in Monaco, that was it.”

Having started the race in second, Rosberg initially struggled in the wet conditions, losing 13 seconds to Ricciardo before Mercedes asked him to allow team mate Hamilton past – which he graciously obliged.

“It was pretty simple at the time,” says Rosberg.

Rosberg continued to lap off the pace of his team mate as the track turned dry, and lost sixth place to Nico Hulkenberg on the run to the line after rain fell on the final lap.

“He had soft tyres on, so he had a lot more rubber left,” explained Rosberg.

“I was on the ultra soft and the rubber was just finished at the end. As soon as it starts drizzling, my tyres cool down immediately and his keep the temperature so he just had more grip.

71 comments on “Rosberg ‘baffled’ by lack of pace”