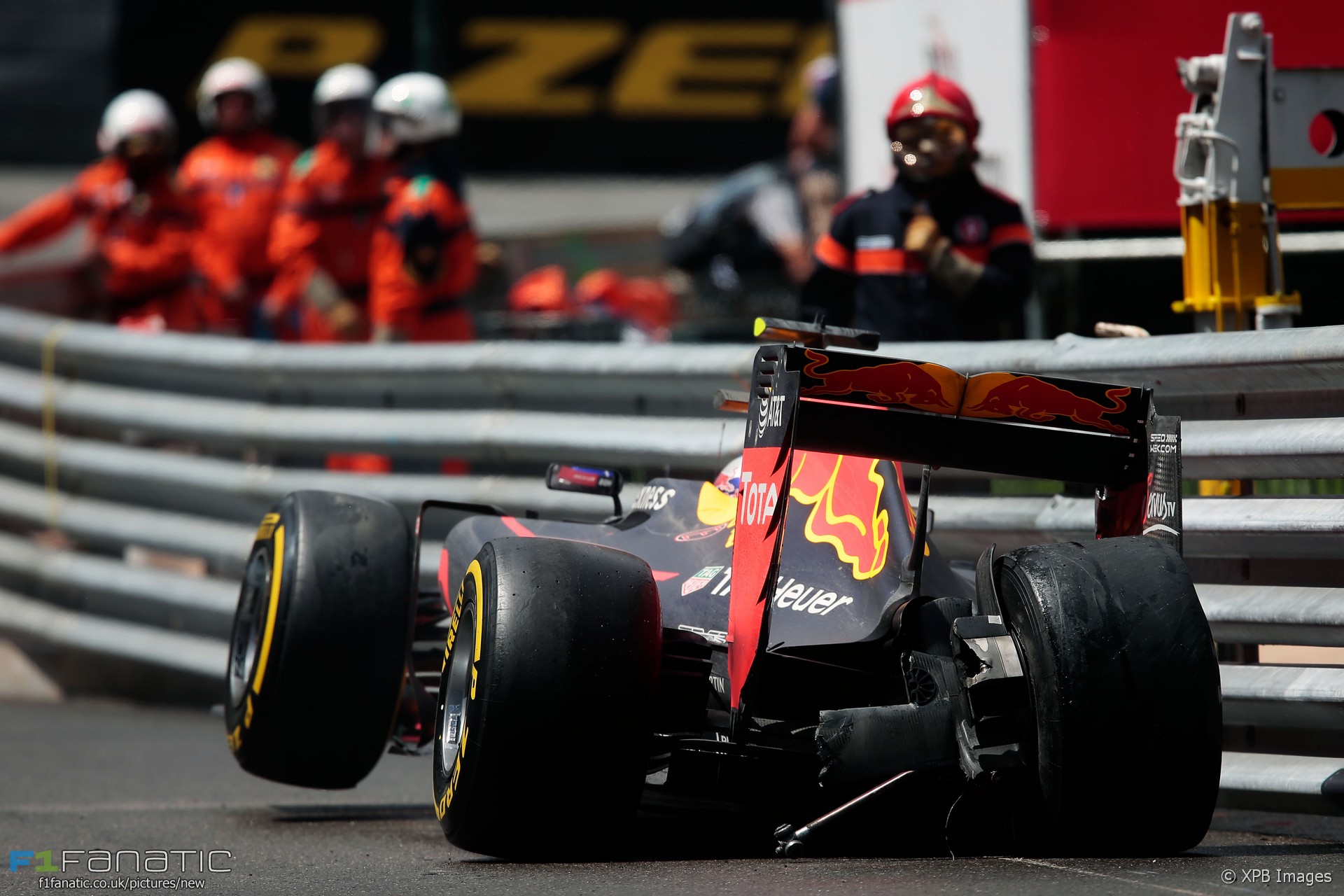 Max Verstappen has offered no excuse following his race-ending crash at Massenet that put an end to a forgettable weekend at Monaco for the Red Bull driver.

The 18-year-old had started from the back of the field after crashing out of qualifying, and was running in tenth before locking up his brakes and crashing into the outside wall at Massenet.

“It was a shame,” said Verstappen. “Before that, the pace was really good. It was comfortable. But then it was tricky conditions and I locked up a bit and from there I was basically a passenger.

“You have one dry line. I came off the dry line a bit and came onto the dirty and wet bit and hit the wall.”

The retirement capped off a torrid weekend for the Spanish Grand Prix winner who collided with the barriers on three occasions over the course of the weekend.

“This year I think it was very difficult in general with the conditions. But that’s not an excuse. Hopefully next time will be better.”

61 comments on “Verstappen makes no excuses after crash”